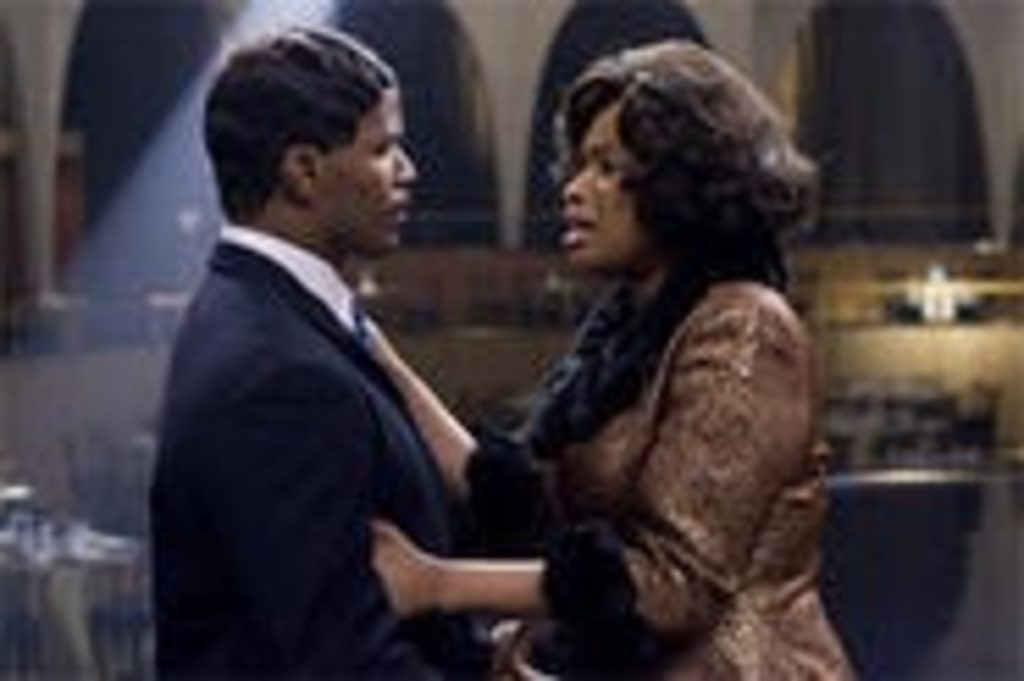 It is said that a great actor or actress can “bring down the house,” but before I saw (and heard) the 25-year-old American Idol finalist Jennifer Hudson in the film version of the 1981 Broadway musical Dreamgirls, I couldn’t recall the last time I truly feared for the architectural stability of a movie theater. When Hudson, in her film debut, sings the showstopper “And I Am Telling You I Am Not Going,” it’s as if some spiritual force had taken hold of her entire being. Her body trembles with each passing note, her wide brown eyes seem to speak the lyrics before they arrive at her lips, and the voice that erupts out of her hardly sounds human — it’s the kind of thunderous, soul-stirring bellow that a wronged goddess might make upon learning that she has been betrayed for a mere mortal.

And so she has. At that moment in the film, Hudson, who plays one member of a 1960s all-girl R&B trio called the Dreams, is confronting her manager and ex-lover (Jamie Foxx) over his decision to oust her from the group in favor of a less gifted, less temperamental and less full-figured replacement. But really, she’s singing about her need to be loved — not just by anyone but by the very man who has betrayed her. So acute is her agony that mere words aren’t enough to express it. As in all of the most joyous and tragic moments in movie musicals, it can only be sung.

With a star turn like Hudson’s at its center, a movie doesn’t need too much more, but Dreamgirls has plenty to go around. It benefits from very canny casting, and its showmanship overflows, from the opening talent-contest revue in which Detroit teenagers Deena (Beyoncé Knowles), Lorrell (Anika Noni Rose) and Effie (Hudson) are chosen to sing backup for the glitter-outfitted James “Thunder” Early (Eddie Murphy), through their farewell concert as the Dreams a decade later.

Director Bill Condon’s movie arrives during a renaissance period for the big-budget Hollywood musical, and Dreamgirls is by far the best of a crop that includes the Oscar-winning Chicago, which Condon himself penned. So it pains me to say that, on some crucial level, Dreamgirls falls short of expectations. Largely, the source material is at fault. Written by Tom Eyen (with music by Henry Krieger) and staged by the legendary director-choreographer Michael Bennett, the Broadway version of Dreamgirls drew much attention for its thinly veiled fictionalization of Berry Gordy Jr.’s Motown Records and the behind-the-scenes drama of Gordy’s girl-group phenom, the Supremes. Even today, it’s easy to see Foxx’s cool, calculating impresario Curtis Taylor Jr. as a transparent Gordy surrogate, Knowles’ Deena as the comely Diana Ross, and Hudson’s Effie as the doomed Florence Ballard. But by now, so much of Dreamgirls‘ real estate has been so familiar that it’s tough to get too worked up over yet more scenes of naïve young vocalists hearing their song on the radio for the first time, encountering the ugly face of racism and discovering that fame isn’t all it’s cracked up to be. And as both play and film, Dreamgirls takes a kid-gloves approach to its most intriguing subject: the way that black music moguls like Gordy watered down grinding soul rhythms with vanilla pop melodies in the name of “crossing over” black artists to the pop charts.

Dreamgirls proves more absorbing in its second half, when Effie comes to dominate the story and when the movie itself becomes less about the path to stardom and more about what happens after you’ve made it (or haven’t). That’s also when Condon, who occasionally seems overwhelmed by the sheer bigness of the production, stops trying to wow us with one high-energy production number after another and recaptures in a few key scenes the exquisite intimacy of his two nonmusical biopics, Kinsey and Gods and Monsters. In moments like those, Condon grasps what has eluded most of his contemporaries: Anyone can give us the old razzle-dazzle, but what makes a movie musical soar is the quiet exhilaration of two individuals on the screen, enraptured by song.