“Lookin’ for revenge.” Those words from Drake’s “Summer Sixteen,” the song and the name of this tour trek, opened Saturday night’s sold-out Sprint Center show as the Canadian rapper and singer rose from a secret passage in the stage floor to fireworks and flames. Drake, the superstar, came out with an intensity and a seeming hunger for vengeance, cutting down wannabe rappers in his verses over a haunting melody. That intensity was matched by the loudest Sprint Center crowd I’ve ever seen. 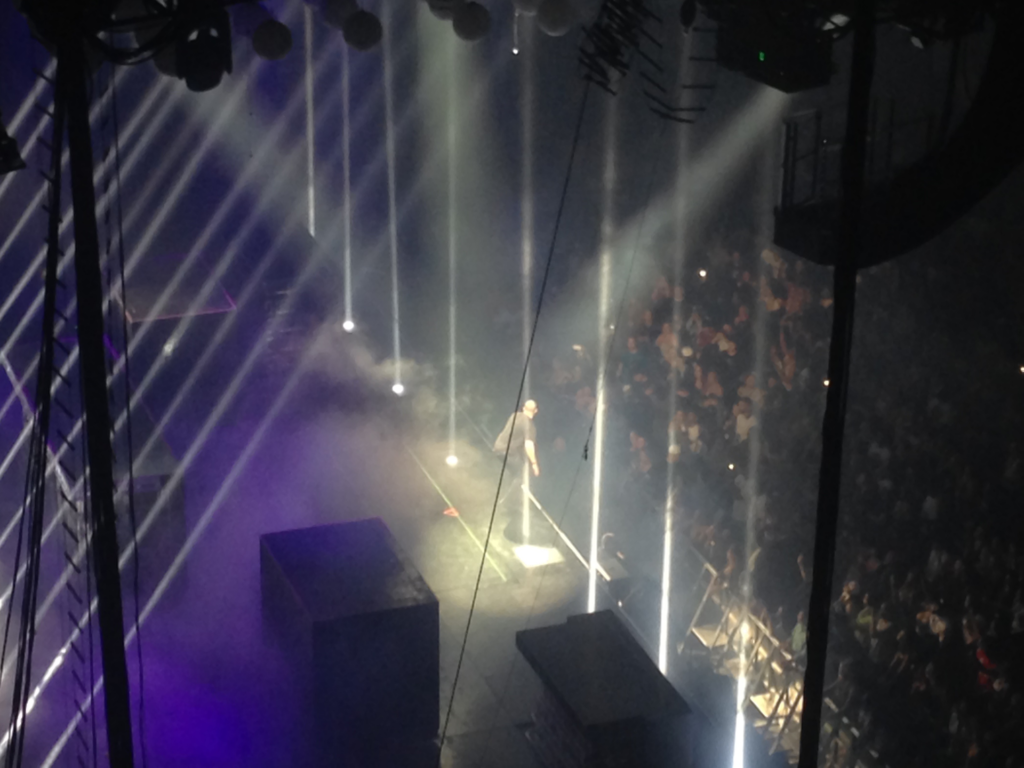 Drake exuded a charisma that lit up the raucous crowd. “Kansas City, are you ready to have a good motherfucking time tonight?” he asked. The roar was deafening. It was clear that the party had already started — marijuana smoke hung like a fog over the crowd, and someone had obviously been hot boxing in the family restroom throughout the show. The crowd was eager to sing along to the hits pretty much from the start with “Started From the Bottom.”

The Kansas City love was returned early by Drake, who ripped off his jacket, revealing a black-and-gold Missouri T-shirt — a bold choice given the still contentious Border War. The pop from the boisterous crowd for the reveal was still rowdy. “Make some motherfucking noise for yourself, Kansas City!” Drake yelled to a tidal wave of screams. 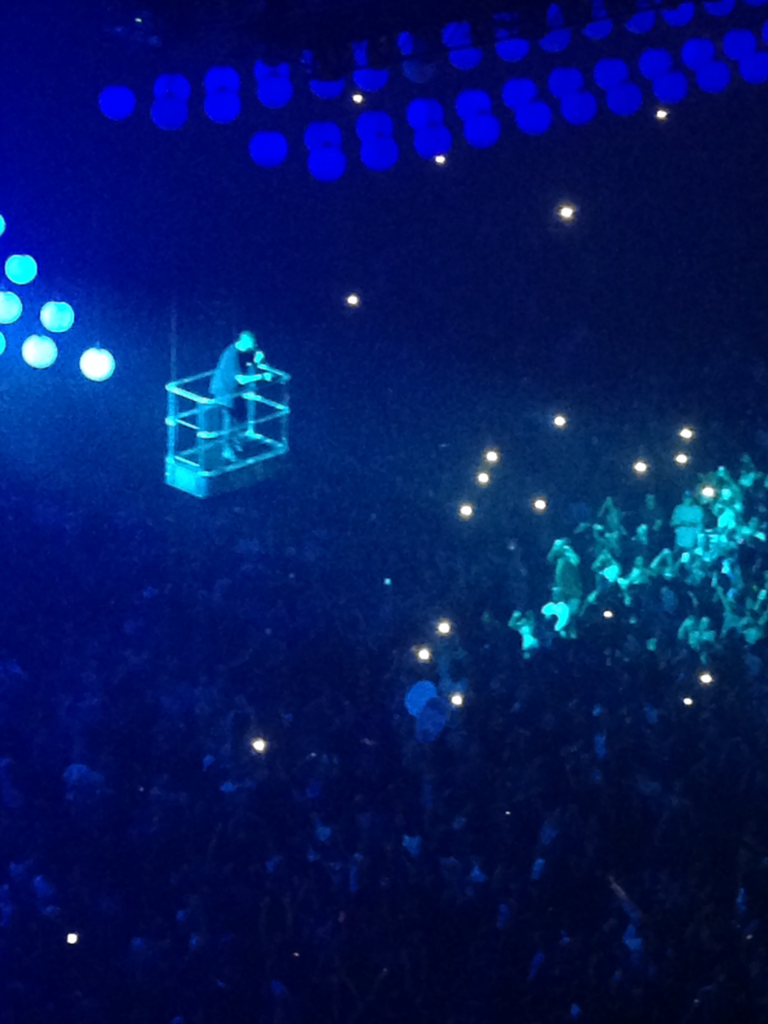 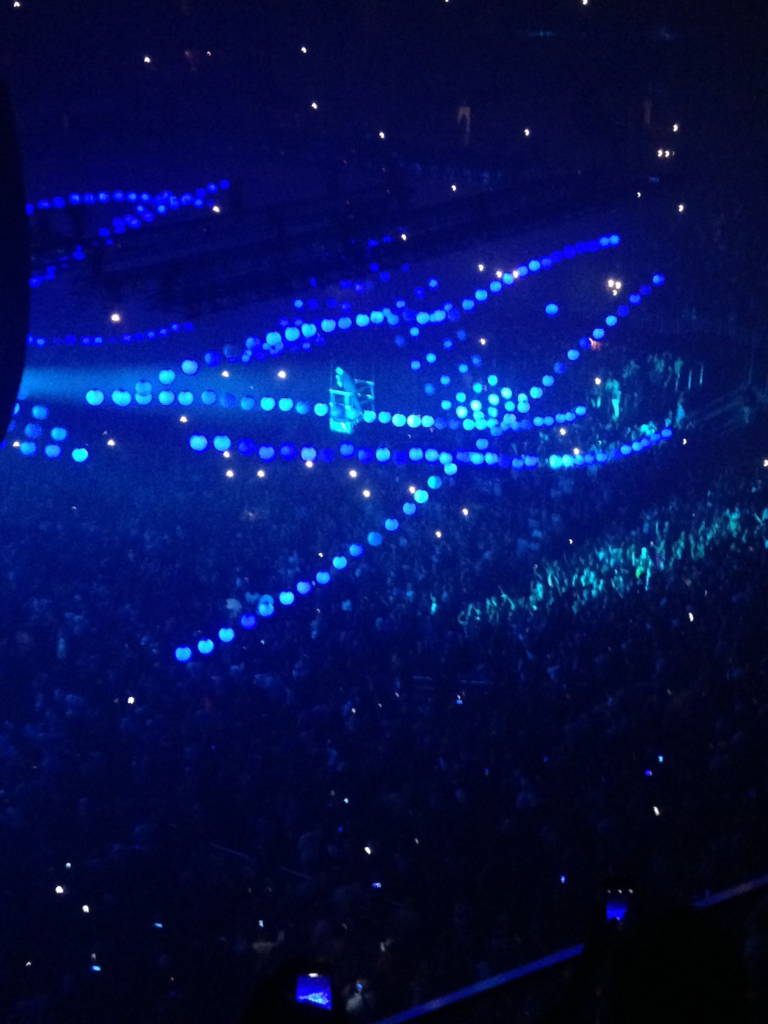 Drake also played showman, taking a ride in a basket that hovered high above the arena. It was like a hot-air balloon sans balloon, and Drake rode it above those balloonlike blue lights. 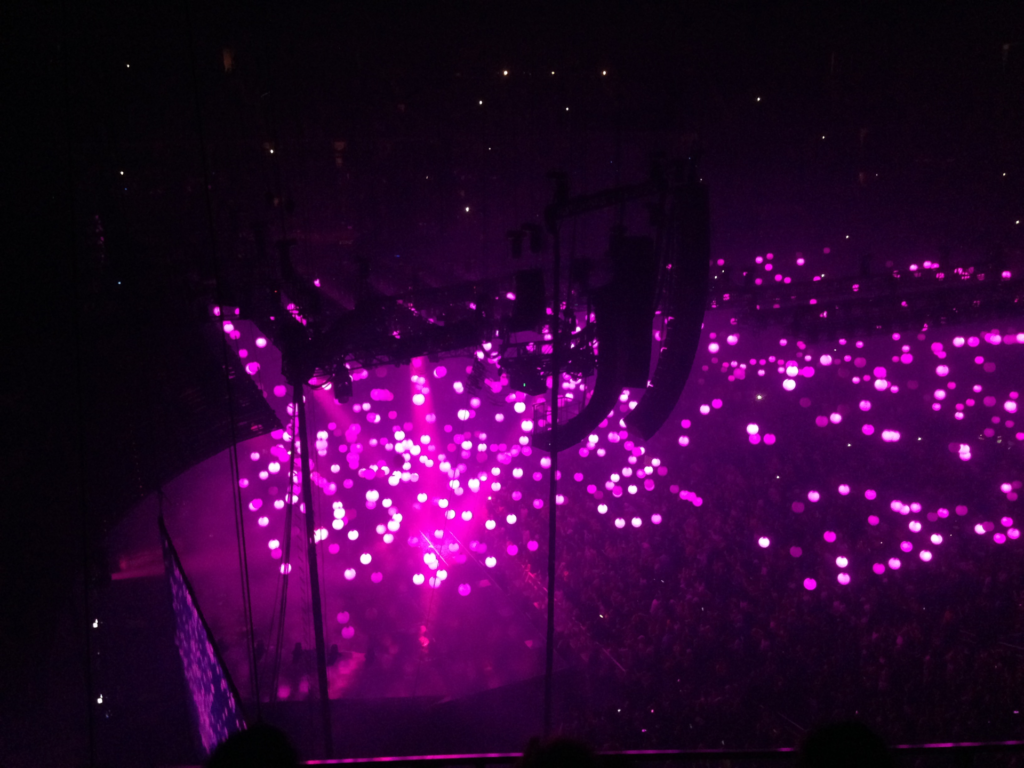 The multi-faces of Drake were on display throughout the show. The guy out for revenge gave way to sensual R&B Drizzy, whose silky singing voice romanced every woman in the building, whether she was sitting front row or high up in that cloud of THC, with a smooth rendition of “Hotline Bling.” The floating orbs lowered and turned fuchsia, creating a warm mood. This is a truth you have to accept: Ladies love Drake. Even if your girl is hundreds of yards away from Drake, there will be writhing, air humping, booty shaking and reaching out and groping the air in vain. I even caught one couple making out. No judgment. Drake is more powerful than Viagra. Embrace it. Even when Drake made every woman in the building squeal — “I need a girl from Kansas City” — calm those insecurities. Drake isn’t after your girl; he’s still chasing Rhianna. 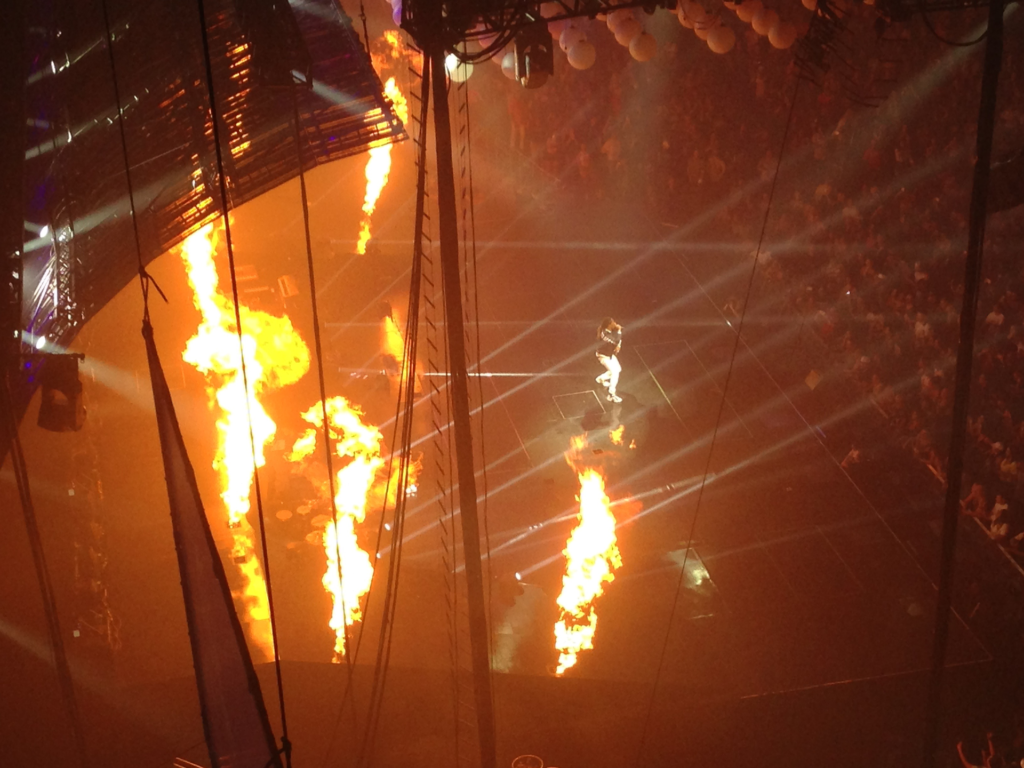 Halfway through his set, Drake yielded the stage to Future. Unfortunately for Future, Drake’s charisma is unmatched. Future’s gravely southern rap — “New Level,” “Digital Dash,” “Jersey” — was a sharp contrast to Drake, but the up-and-comer kept some of the crowd bouncing. Flames and fireworks and four dancers dressed in all white attempted to pad Future’s set, but the struggle to follow Drake is real. That said, Future mixed with Drake for hot versions of “Big Rings” and “Jumpman.”

Speaking of Rhianna, Drake again revealed his softer side with “Work” — the couple’s recent duet — and “Too Good.” Views has plenty of smoothness, whether it’s “Controlla” or “One Dance,” both slick live with body-moving beats on “Once Dance.”

Around 11 p.m., Drake claimed that the show was in overtime. TMZ reported that he’d paid $13,500 to keep his Dallas show going. This seemed like a bit of showmanship — a gimmick of the arena’s faceless figurehead threatening to shut the show down and the defiant rapper continuing on anyway. Nevertheless, this fed the insolent vibe of “Back to Back,” “Pop Style” and “Hype.” Drake struck a somber, contemplative  mood with “Know Yourself,” a highlight of the night. That didn’t last long: “Energy” was a return to the defiant pose, heating up the crowd one more time before bringing it all down with “Legend.” 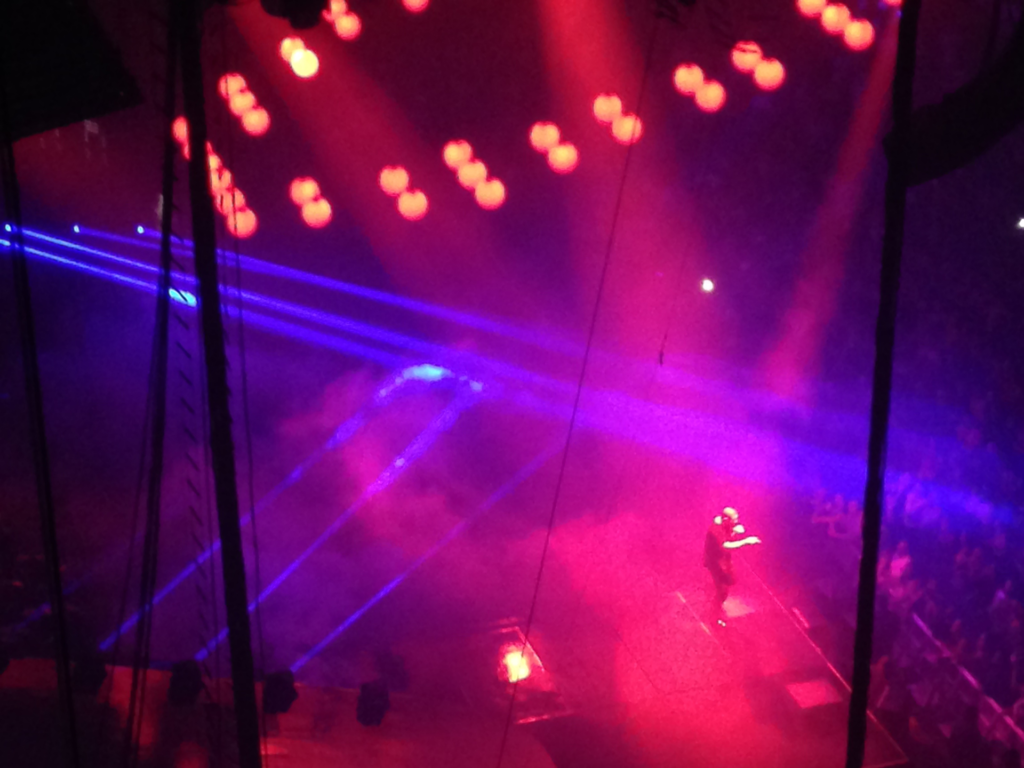 Throughout the night, Drake stepped back from his salty and scrappy lyrics to flatter the crowd, proclaiming Kansas City the “best city” and the “best crowd” on the tour yet. This crowd was fire (never mind that KC was only the third city on the tour, but still, suck it, Dallas and Austin).

As he finished “Legend,” Drake expressed more KC love, saying he’d meet us in the streets, adding that the violence in this country needs to stop. He pointed to “all races from all places” making up the crowd. “Protect yourself,” he said. Then, Drake added, “I’ll be back sooner than you think.”

Note: The Pitch was denied review tickets and a photo pass, so the best I could do was either a stick-figure drawing or these grainy iPhone pics.

Off topic: What’s up with the flat Miller Lite on draft at the Sprint Center? My first pour, around 8:30 p.m., was flatter than a three-week-old keg at a frat house. My ride or die decided it was time to break the “no returns” policy and ask for fresh pours from a different tap. Subsequent pours lacked any head. Fix that, Sprint Center!