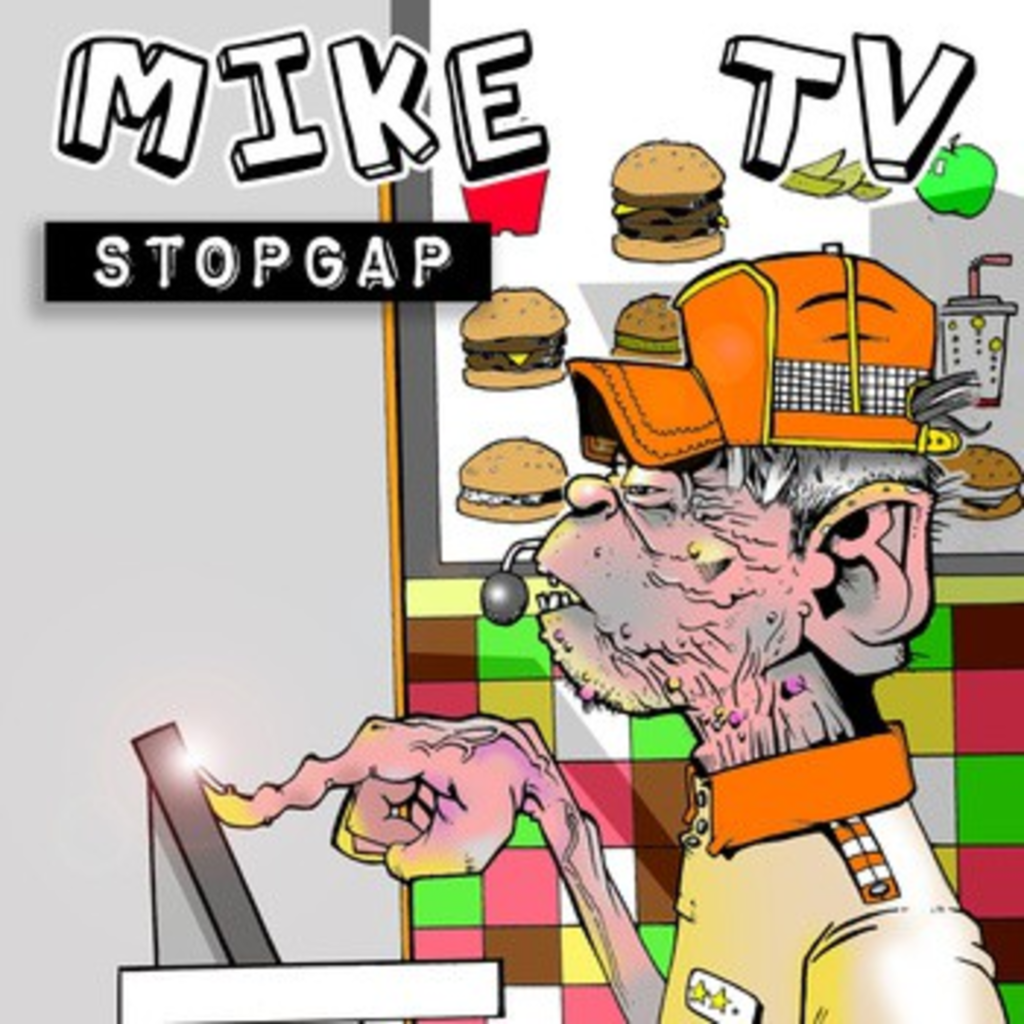 Mike TV is a pop-punk act from England. Their bio reads like it might have been written by members of Monty Python:

In the summer they encountered a major bummer as drummer Riff Reynolds left the band to pursue a career as a sous-chef. He was replaced by a Welsh school-girl from Stoke called Glyn Mellor. Tours with CJ RAMONE (he was in a band called The Ramones) and Fat Wreck band THE FLATLINERS followed with Glyn Mellor now firmly ensconced behind the drum stool. The band then decided to record a new E.P in order to finally embrace the new era of download music. The aforementioned E.P now named ‘Stopgap’ with three new songs and a RAMONES cover (they used to have a member called CJ) was made available for one of those trendy ‘pay what you want’ downloads. Mike TV will endure their last headline tour of the year in order to promote this half baked idea throughout December.

The music isn’t nearly as amusing as their bio, but they do a cover of the Ramones‘ “Daytime Dilemma (Dangers of Love)” off of Too Tough to Die, and I have to give them credit for doing something that’s not “Blitzkrieg Bop” or “Sheena Is A Punk Rocker.”

Pay what you like for Mike TV’s Stopgap EP at Bandcamp.