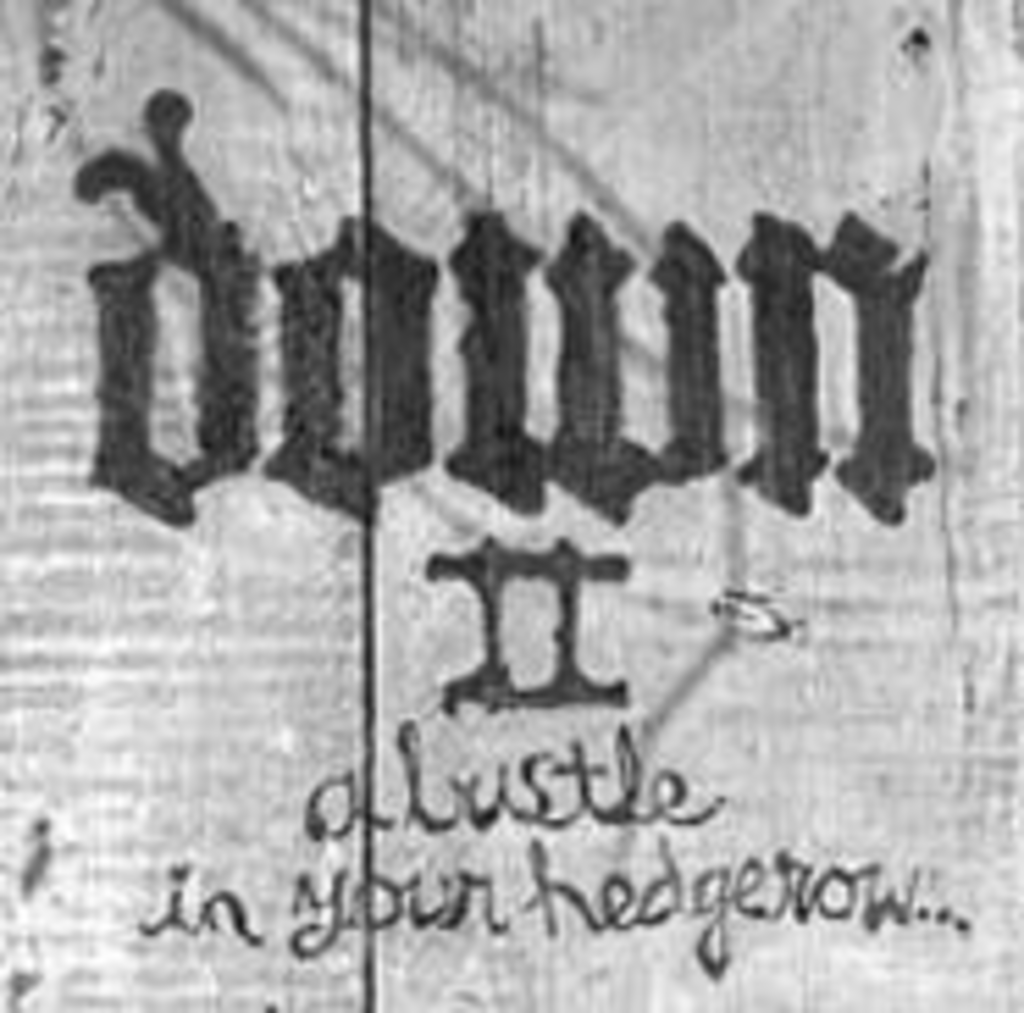 “This is not a film about Vietnam — this is Vietnam,” Francis Ford Coppola famously boasted upon returning from the South Pacific after the harrowing shoot for Apocalypse Now. The Cajun-metal supergroup Down can relate, having experienced firsthand the same drug-addled pandemonium that blurred the line between fantasy and reality in Coppola’s haunting war drama. Down’s sophomore effort, Down II: A Bustle in Your Hedgerow, was recorded in much the same way Apocalypse was filmed: The participants isolated themselves from civilization; drank, toked, and snorted themselves into oblivion; then promptly lost sight of whether they were creating a commentary on fear, addiction and lunacy or falling prey to all three.

For 26 days last year, Down locked itself in an old barn in rural Louisiana, courted dementia and came out with an album as menacing as the water moccasins that slithered outside the band’s makeshift studio in the bowels of bayou country. During the sessions, the band (Pantera’s Phil Anselmo on vocals and Rex Brown on bass, Corrosion of Conformity’s Pepper Keenan and Crowbar’s Kirk Windstein on guitars and Jimmy Bower of Eyehategod, Crowbar and Corrosion on drums) indulged in so many substances that each member took on a nickname reflecting his drug of choice. Anselmo was Nodferatu, for his bouts with heroin. (His heart stopped three times after an overdose in ’96.) After a period of sobriety, Anselmo threw himself back into his addiction for the recording of II. He did it, he said in a recent issue of Revolver, to get in touch with the dejection of drug dependence.

This despondency is painted in broad strokes on the dark and foreboding II. A blend of morose stoner rock, deep-fried Southern boogie and backwoods, Deliverance-style depravity, the album is every bit as addictive as the chemicals that inspired it. Anselmo has never sounded better, with a voice that’s equal parts bourbon and battery acid. Framed by fuzzed-out guitars, Brown’s rubbery, robust bass lines, and Bower’s pounding, it all congeals into a raw restlessness that drips with an addict’s cold sweat.

And they did it all without a record contract, which only added to the intensity of the sessions. Though Down’s classic 1996 debut, NOLA, went on to sell close to 500,000 copies worldwide, the band was a free agent when it came time to lay down a follow-up: Its old label, EastWest, had closed shop. Consequently, Down recorded II on its own, with no financial safety net — or creative input — from a label. II revels in this freedom and sounds wholly removed from what most majors are putting forth as heavy metal these days. A dense, impenetrable disc with few if any singles, II stands as a throwback to the sprawling rock albums of the ’70s, when creative liberty and chemical indulgence bred some of the most memorable, monolithic albums in the metal canon.