Domino’s bread bowls in the flesh 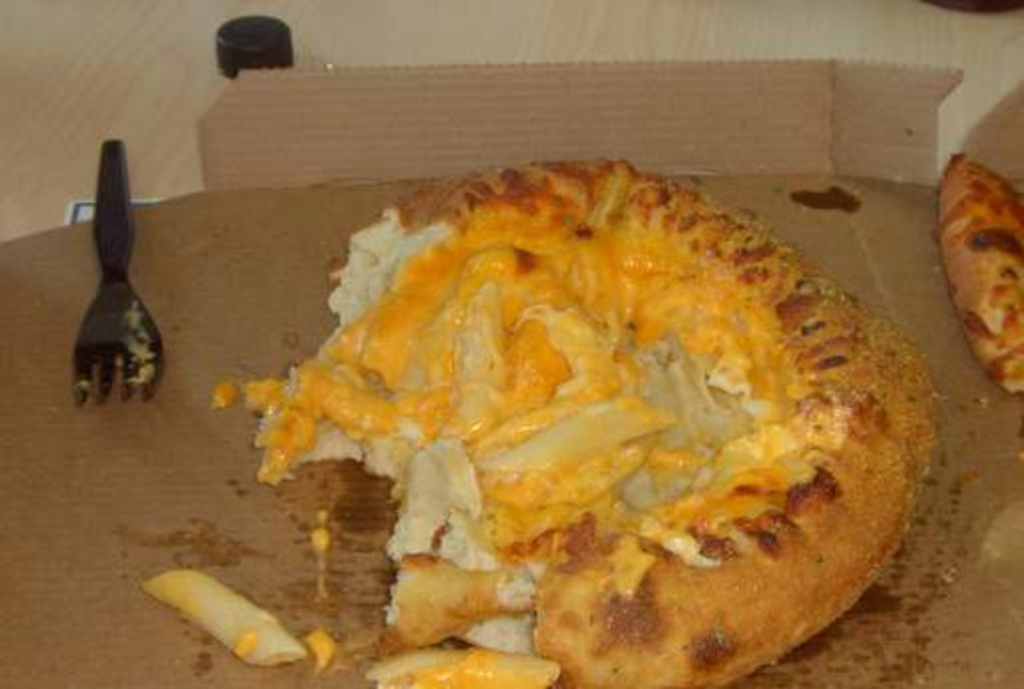 As a food blogger, I get to eat and drink a lot of really great things. But then there are days that involve Domino’s and a three-cheese mac-n-cheese that looks like this:

KC Beer Blog and Fat City recently conducted a semi-tasting of new Domino’s products. “Semi” in the sense we didn’t try all of Domino’s six new “American Legends” pizzas, just the Memphis barbecue chicken. (There’s also the buffalo chicken, Philly cheese steak, Honolulu Hawaiian, Cali chicken bacon ranch and Pacific veggie.) The pizza had decent barbecue sauce but the chicken had the same texture of silicon. It was also nearly $14 for a medium, more than similar pies from local chains such as Minsky’s.

But it was the bread bowl that drew everyone’s attention.

Fat City wrote a post about the bread bowl earlier this month and included a picture of it from the Web site ThisIsWhyYoureFat.com. This provoked some argument in the comments about whether the accompanying picture was an accurate description of the bread bowl’s disgustingness.

The answer is no picture can correctly capture the awful smells and tastes of the mac-n-cheese bread bowl.