Doctor Strange manages to tap into a new Marvel dimension 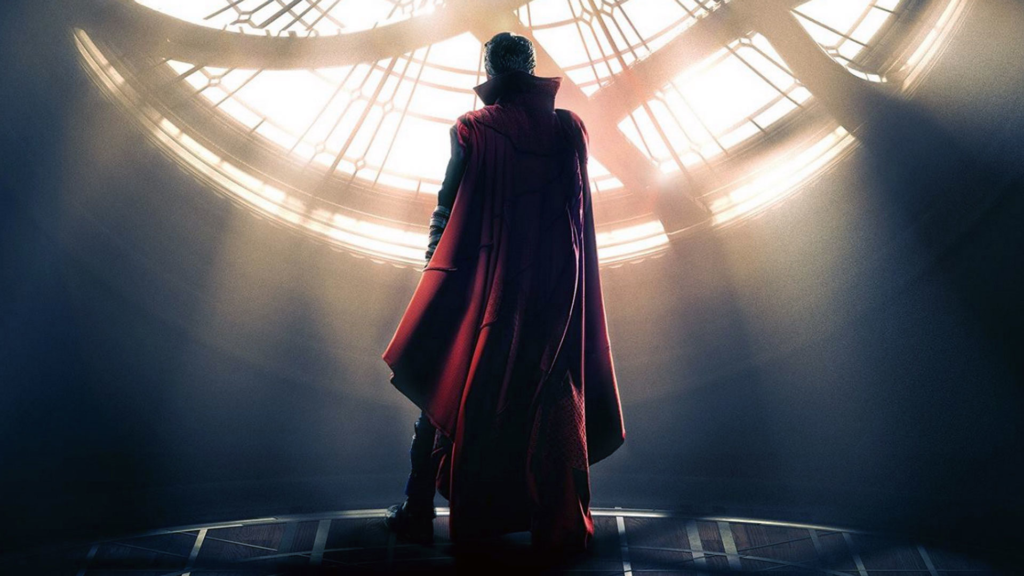 For those who care deeply about these things, the addition of a magic-wielding character into the Marvel Cinematic Universe invites all kinds of loopholes and plot challenges. Doctor Strange isn’t a hulking green monster or a superhero with a really strong shield. Dude can control time. And he travels within parallel dimensions of the multiverse as easily as you or I eat a bowl of cereal. Hell, depending on the cereal, easier.

But let’s not bog down in technicalities. Doctor Strange — an immensely satisfying, light-on-its-feet Marvel fantasy — shows you the Manhattan skyline turn into a giant, rotating Rubik’s Cube in IMAX 3-D at one moment, and at another reminds you somehow of the glowing black-light poster from your high-school bedroom. When we’ve already accepted Asgardian deity Thor — literally a god from another planet — why get skeptical now?

Director Scott Derrickson (Sinister, The Exorcism of Emily Rose) here graduates from low-budget B-movie horror to big-budget Hollywood B-movie entertainment. And, crucially, he and co-screenwriter C. Robert Cargill understand just how much Marvel we’ve seen in recent times. They fit an origin story, a training montage and a surplus of thrilling escapism inside a movie that clocks in at just less than two hours. You wonder why it took the Harry Potter films eight films to get where they were going. (Purely from a VFX perspective, Strange is a lot more fun than watching people point wands at each other.)

Marvel’s clearest antecedent for brilliant neurosurgeon Stephen Strange (Benedict Cumberbatch) is Robert Downey Jr.’s Tony Stark, another rich, hyper-intelligent man who must learn to let go of his ego and fight for something bigger than himself. It’s not an easy lesson for a guy whose idea of a fun date is taking his ex-girlfriend (Rachel McAdams) to watch him speak at a medical conference.

A car accident leaves his precious hands wounded beyond repair, and, through a series of coincidences and contrivances too silly to recap (or think about for too long), Strange ends up learning a bunch of pop-junk Eastern mysticism as the student of a mysterious bald woman known as the Ancient One (Tilda Swinton). In Nepal. Katmandu.

“You mean like the Bob Seger song?” asks McAdams when Strange revisits his former hospital in astral form. 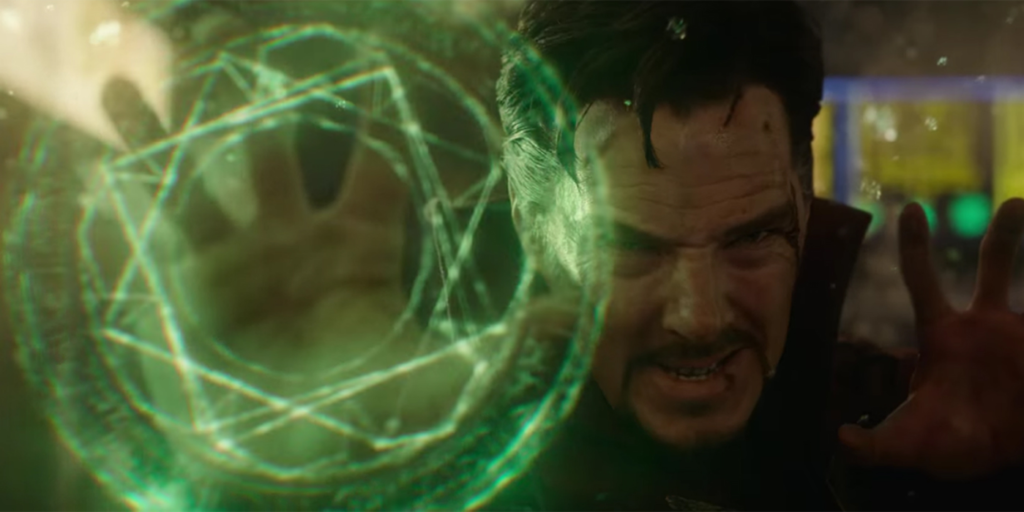 There’s that winning Marvel attitude again. It’s self-effacing moments like this that make the ridiculous plot mechanics of Doctor Strange so easy to forgive. The screenplay takes the piss out of everything, even as it gives Swinton and her mystical cohort Chiwitel Ejiofor a ton of arcane exposition to recite. That problem is simply overcome by good casting. Who better to recite mumbo-jumbo than two consummate character actors who exude otherworldliness?

And don’t forget Mads Mikkelsen. The actor who so invigorated NBC’s Hannibal plays a dimension-hopping sorcerer who goes from being a one-note baddie to someone for whom you actually feel sympathy.

Integral to the chaos among the three “sanctums” on Earth and within the aptly named Mirror and Dark Dimensions is some of the most inspired CGI design in recent memory. To create something unique and more involving than traditional computer-generated settings, the artists at FX giants Puma Pictures and ILM have taken inspiration from vintage sources — 1960s-era toy kaleidoscopes, M.C. Escher drawings, liquid-psychedelic light shows. (Derrickson even sneaks the Syd Barrett-era Pink Floyd space-rock epic “Interstellar Overdrive” onto the soundtrack.) The perception-altering effects are vividly rendered with convincing depth in 3-D, and they become more than mere backdrops for martial-arts fighting; they are essential to the action. (I didn’t see the film in IMAX, but an hour’s worth of it has been configured to fill up for the larger-screen format, and I’m certainly going to try it out.)

Against all odds — and amid the expected story beats of a Marvel movie — Doctor Strange even manages a couple scenes of unexpected poignancy. It doesn’t matter that the Doctor’s transformation from cynic to believer is predictable, because the key scenes where he exhibits growth and acceptance are handled with such grace.

Doctor Strange pushes the visual palette of CGI and delivers just enough emotional weight to feel like it matters. In short, it’s the perfect summer movie. In November.