Sam Raimi’s entry into the MCU has personality, but the plot is lacking. 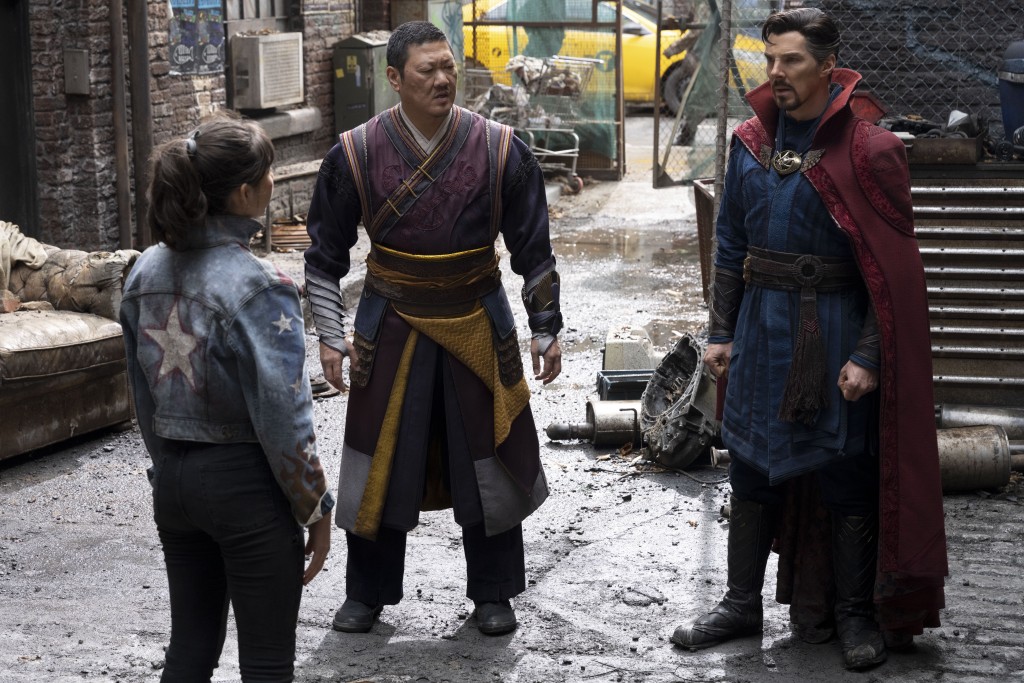 In a universe that includes talking trees, ageless beings, and literal gods, Stephen Strange may be the MCU’s weirdest character. Specifically, I mean that he’s the one the series has never been able to make work on his own.

The first Doctor Strange was interminable, thanks in large part to the character’s coldness and lack of growth. Strange’s presence over the next several MCU films used him mainly as a plot instigator or wary guiding hand. He’s less a character than a vibe, a gothic, mystical rule-determiner, traits bolstered by Benedict Cumberbatch’s egocentric performance.

It makes sense, then, that Doctor Strange in the Multiverse of Madness isn’t actually about Doctor Strange. The movie functions primarily for the MCU to introduce new characters and tease potential crossovers.

It lacks a cohesive arc, but in the hands of director Sam Raimi—returning to the genre he helped birth with 2002’s Spider-Man—this messy movie is a fun ride, with occasional flashes of personality.

When we start, Strange is having vivid dreams in which he’s trying to help a teenager named America Chavez (Xochitl Gomez) escape interdimensional doom. When America turns up in New York, it’s clear those dreams aren’t actually dreams, but windows into alternate universes.

America, it turns out, can conjure portals into the multiverse.

This makes her attractive to Elizabeth Olsen’s Wanda Maximoff, still grieving the loss of the family she created in WandaVision. Overtaken by fury and grief, Wanda wants to use dark magic to drain America’s powers to find a universe that will let her be with her children.

This would be detrimental to the fabric of time and space (not to mention require the murder of a minor), and cannot be allowed. Universe-hopping, beasties, and battles ensue.

The goal of the MCU was always to create a cinematic version of the experience of reading a comic. However, few of their movies actually manage to pull that feeling off. For all its flaws, Multiverse of Madness does capture the fluidity of reading a superhero comic, where characters from other series might show up for a few panels or a whole issue to hang out alongside the main hero.

In this case, that means introducing a major character in Gomez’s America, in addition to engineering a significant turning point Wanda. These elements inject Multiverse of Madness with early momentum. Less interesting are later cameos from a handful of characters we’ll invariably see some version of soon. For long-time fans, those reveals may be fun, but they’re mostly a leaden distraction.

Somehow, Raimi managed to create a decent party around all these guests, welcome or otherwise. Multiverse of Madness goes big on trippy visuals, jump scares, body horror, and the patented screwball humor that defined Raimi’s Evil Dead trilogy and Drag Me to Hell. The director takes as much ownership of the movie as he can, squeezing in welcome bits of personality whenever possible.

The systemic problems that plagued the MCU since its earliest days are still here, unfortunately, particularly regarding female characters. Wanda’s journey in WandaVision was affecting, but here her storyline feels reductive. Gomez tries admirably to make America energetic and fun, but the film bounces around too much to give the character much depth. 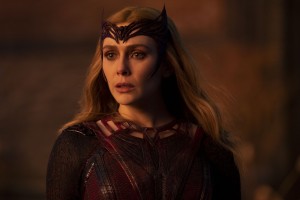 Strange himself, though present in almost every scene, remains so inscrutable that his story—or what exists of it—doesn’t really register. Cumberbatch takes all the movie’s weirdness in stride, but you’d be hard-pressed to identify any actual development. As with the first film, he remains distant, controlling and less a protagonist than a tool through which the plot happens.

What does work in Multiverse of Madness is everything Raimi’s packed in around the requisite Marvel stuff. We’re talking books of the damned, third eyes, zombies, possessions, screaming ghosts, and, yes, a Bruce Campbell cameo.

All of that takes what would otherwise be a forgettable connective entry in a bloated franchise, and makes it an entertaining exercise in “throw everything at the wall and see what sticks.” For everything that doesn’t, enough does that it’s worth checking out.