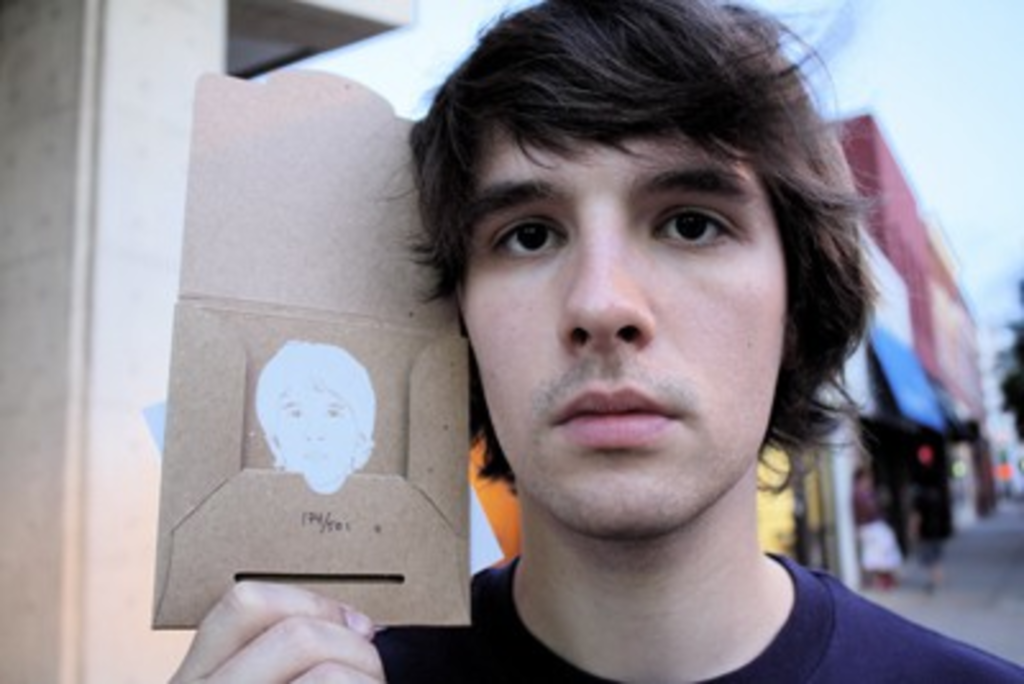 Doby Watson‘s 22nd year was a pivotal one.

The Kansas City songwriter traces his “early life crisis” to the funeral of a cousin last year who was close in age to Watson. At the time, Watson was living in an art gallery. He had a tiny bedroom with a shoulder-level ceiling. When he finally got tired of crouching, he moved back in with his parents and got a job at Olive Garden. He seriously considered giving up music.

“A lot of goals I would have thought I’d have reached by that age, I hadn’t,” Watson, now 23, says. “For a long time, I convinced myself that if I actually pursued music, a lot of people would be disappointed in me. But they’re actually not — they’re actually proud of me.”

Instead of attending college, Watson spent his young-adult years touring the country with a guitar, a box of Clif Bars (“one for lunch, then a real meal for dinner”), and a bunch of sad and beautiful homespun songs that are as sparse and haunting as those of Leonard Cohen or Jason Molina. Watson still books his own tours and plays in bedrooms, art galleries, lofts and — when he has to — bars.

“It’s human nature to be offended when people are talking, so I try to avoid the situation altogether,” Watson says of bar gigs. “Even if some guy like me is good, chances are you’re not going to want to be quiet and not hang out with your friends just to watch the show.”

That could change in the wake of Twenty Two. Released August 4, it’s the first album that has done justice to Watson’s unique and powerful voice. His previous releases, mostly transmitted via handmade CD-R, showed flashes of brilliance but didn’t consistently blend the power of his performances with high-quality production.

This time around, Watson was intent on getting it right.

“I’ve toured a whole bunch, but most of the time I didn’t have anything to sell, or I had just some little dinky thing,” he says. “Making this record is the beginning of actually trying to attain my goals.”

If the making of Twenty Two is any indication, Watson will attain those goals come hell or high water. He essentially recorded the album three times, trashing his initial concept of recording it live.

“We got back a test mix, and I was mortified,” Watson says. “My voice was so weird. It sounded like contemporary Christian singing but off-key.”

After a brief and scalding episode involving hot coffee and a bump in the road, Watson returned to the studio for a second attempt, recording all the instrumental tracks sans vocals. Then he had a revelation.

“For some reason, I had the idea to put my capo up two or three frets for every song, and it worked perfectly,” he says.

“I’m all about things being sloppy and weird, even if it makes it a little bit less pretty,” he says. “Once it gets to the agonizing point, I just drop it.”

Watson is releasing Twenty Two with help from the Orchid Collective, an online musician community that releases albums as name-your-own-price digital downloads and as fixed-price physical copies.

“Everybody helps out — that’s why it’s not called a record label,” Watson says. “If some label came knocking on my door, it wouldn’t be offensive [to the collective] if I went.”

Watson recently returned from his ninth U.S. tour, having spent two weeks traversing the Midwest and East Coast with Dill and Swearengin, playing faithful renditions of the songs on the record.

Watson was among the first wave of independent artists to harness the powers of MySpace to make connections and book tours.

“You’re contacting strangers and hoping they’ll want to play with you,” Watson says. “It’s preferable to have a band from the town onboard before you contact the venue.”

Unfortunately for him, he wasn’t the only one hip to the game.

“It’s so hard to book a tour now because there’s so many people trying to do the same thing — college students on spring break who bought a guitar and made an album on a MacBook,” Watson says. “It’s frustrating. I’m trying so hard to be as serious as I can without being a joke.”

Watson made things a bit harder on himself by ditching his old alias, Boo Hiss. Though it was far from a household name, the moniker had achieved some notoriety on the touring circuit.

“At this point, I’m kind of starting over, which is OK,” Watson says. “I have a pretty long track record of messing up and acting like a nervous kid. It’s like there’s this veil I pull over myself when I perform somewhere else.”

Perhaps that will change in his 24th year.