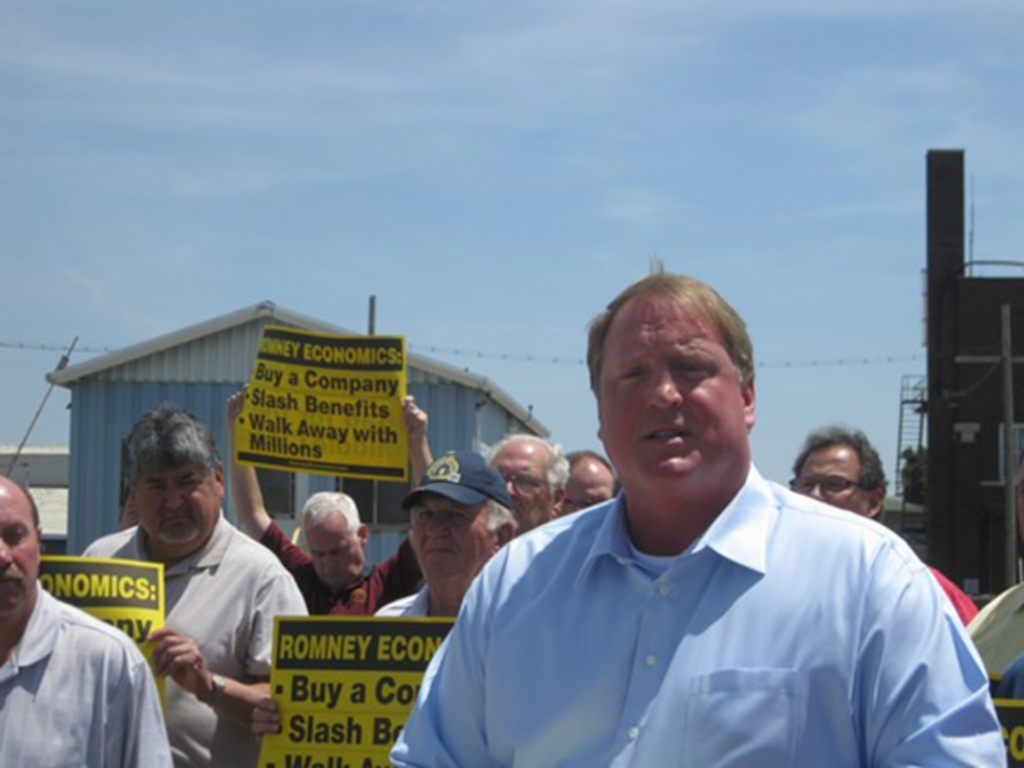 Under a bright midday sky on Thursday, Democrats and unions tried to squeeze one more political breath out of the long-shuttered GST Steel plant in northeast Kansas City. The factory closed in 2001 after just under eight years of ownership by Bain Capital, the private equity firm co-founded by Mitt Romney.

The plant recently became the star of President Barack Obama’s re-election campaign. His first television ad attacking Romney was a two-minute spot featuring several former GST workings discussing how they lost their jobs, health care and much of their pensions after the company declared bankruptcy in 2001. (Romney left Bain in 1999 to run the Salt Lake City Olympics.) Bain made an estimated $12 million on its investment in GST before the company failed. (If you want the gritty details, see this brilliant Reuters piece from January.)

Thursday, the Democratic National Committee arranged for about two dozen former mill workers and their supporters to gather outside the closed plant and tell their stories of careers ended by Bain. The press conference wasn’t a line-for-line remake of the Obama commercial, but it played like a live version of the ad.