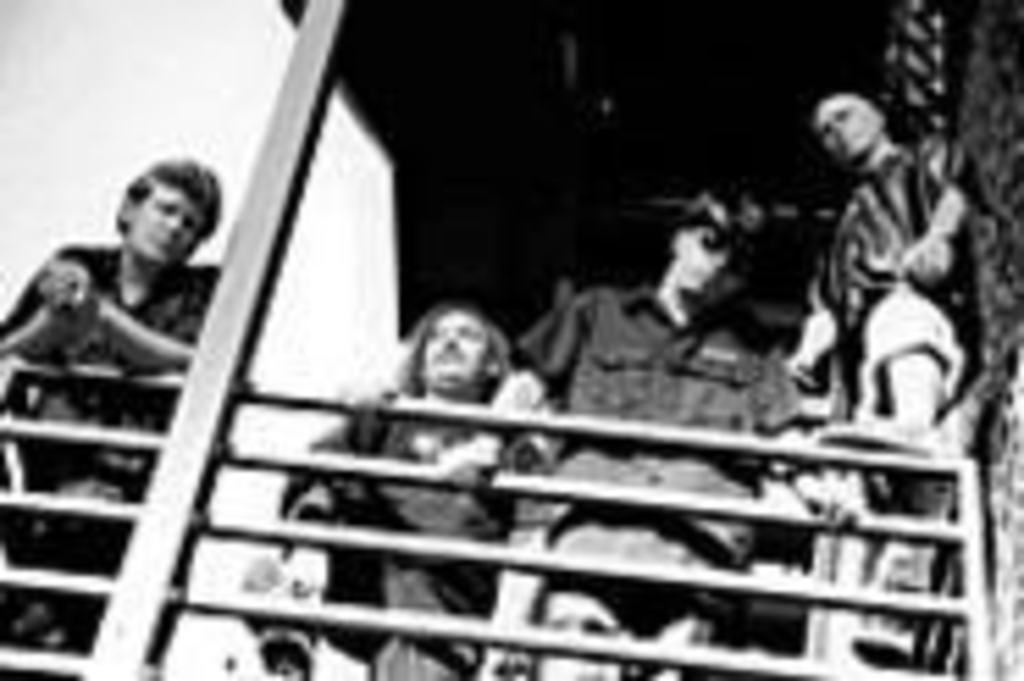 On September 11, 2001, hearts and time seemed to stop. Everything changed immediately, maybe forever, and the frustrations of the modern world slinked back to their proper place as people embraced concepts such as family and religion. But, as everyone’s been told countless times since, life must go on, as must work, no matter how meaningless the tasks might seem. Greg Divine’s job with his band Thrust is to rock out with wild abandon, and while that might sound simple, it’s certainly not inconsequential to him anymore.

There was a time when Thrust might have taken its ability to rock for granted. The group was riding high from winning countless battles o’ the bands, basking in the increasingly radiant glow from adoring crowds. With its rocket-fueled, meat-and-potatoes blend of classic metal, garage rock, trucker speed and middle-finger-in-the-face attitude, Thrust sounds bold, tough and almost invincible. But any illusions of immortality were shattered instantly six months ago when Divine felt himself skidding out of control.

“I was coming around this corner on my motorcycle and hit a patch of sand,” Divine says. The singer’s body had been dragged along a ditch in the side of the road before coming to a stop more than 17 feet from the initial incident. “By the time the paramedics got there, they pronounced me dead at the scene.

“They took me to the hospital, and I had broken four different spots right behind my ear on my skull, plus I cracked my jaw, busted my ear drum, broke my thumb and lost my sense of smell,” continues Divine, describing his injuries with the understated pride that comes from surviving death. That litany of physical woes might be enough to give any musician heart murmurs about ever playing again, but music was not his greatest concern when he regained consciousness.

“As soon as they told me what had happened, I told my wife to bring my daughter up there because I had no idea what would happen or what was going on, and my girl’s only four….” At this, his voice trails off, as parents’ voices do when they’re forced to consider any combination of mortality and their children.

But now, after spending a week in the hospital, keeping a month’s worth of doctor’s appointments and consuming countless bottles of pain-relieving pills, Thrust has returned, some would say with a vengeance. In the group’s first publicized show since Divine’s brush with the great hereafter, Thrust revisited its old stomping ground, America’s Pub, in hopes of recapturing its Battle of the Bands title. However, there was more on the line — Divine had some Jacko-after-the-Pepsi-fire type rumors that needed to be put to rest.

While Thrust was away, some of its fans — and maybe even enemies — started producing overblown explanations for Divine’s lengthy absence. “We would just try to have fun with it all, so the guys in the band would come up and tell me stuff like, ‘Your ear’s supposed to be tore off, or your eyeball’s supposed to be out now,'” Divine says. “So here I come walking out on stage, and everyone wants to get a glimpse of the monster, but hell, there wasn’t nothing there to look at, just the same old Greg, ya know?”

And apparently the same old band as well. Thrust walked away with top honors at the Battle of the Bands final a few weeks after its comeback gig, but its reward didn’t come without controversy. Some persistent theories, in heavy circulation around the local hard-rock scene, propose that Divine’s inspiring story guaranteed Thrust a win no matter who else showed up or how well they played.

“What went down there?” Divine asks rhetorically when questioned about the brouhaha being raised over this battle. “Well, we won. There’s a lot of controversy, and you’re going to have that in those situations, but we won, and a lot of people were pissed. There’s bands that respect us and there are bands that hate us. I mean, everybody loves us, and if not, everybody else hates us…. We’re a band that everybody loves to hate.”

That claim might be a frightening omen — after all, the last person to put it on record was Ice Cube, and now he’s mired in B-movie hell (see Anaconda, or, um, don’t). But Thrust is too busy for such distractions. Its latest disc, Parade of Idiots, arrives later this fall, and Thrust is also preparing for the opening slot at Freaker’s Ball. (This one-of-a-kind Halloween-season event brings aggro-rock from the likes of Static X and Marilyn Manson to the Kansas City International Raceway. Thrust earned a space on the bill by virtue of its Battle of the Bands triumph.)

This year’s Freaker’s Ball headliner has yet to be announced, but whoever it is will have a hard act to follow in Thrust, whose notoriously vocal fanbase will surely make it feel right at home at the unorthodox venue. Not that Thrust will be suffering from any anxiety — it’s already opened for everyone from Megadeth to L.A. Guns. Out of all the big-name acts for which Thrust has opened, only one has made Divine stop and pinch himself: Mötley Crüe.

“I was like, ‘Check it out — I’ve seen these guys on TV,'” says Divine who, like any faithful VH-1 viewer, has marveled at Mick Mars’ half-Manchu a dozen times on Behind the Music. “And then you meet ’em and they’re six-foot-something, and you’re like, ‘Holy shit! Didn’t you die, Nikki?'”