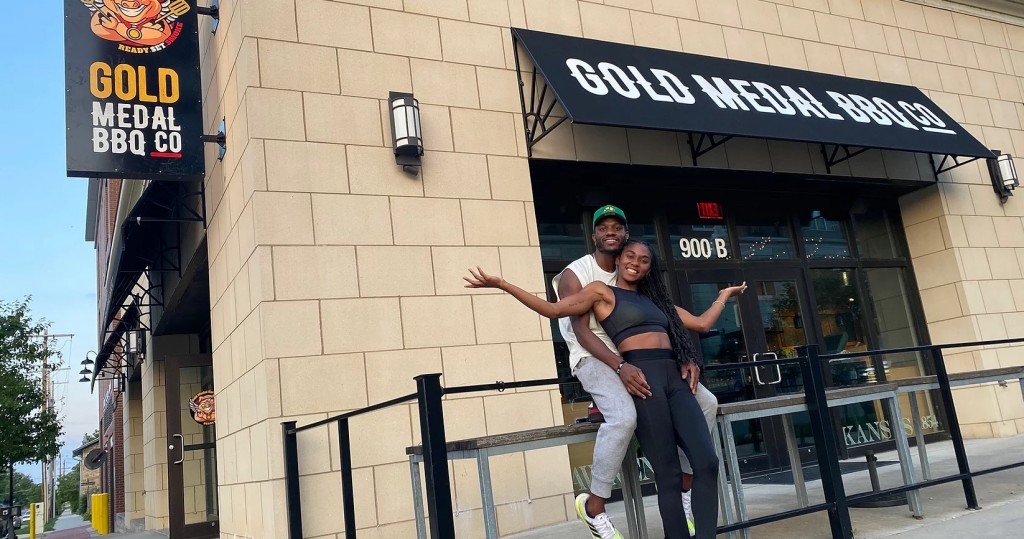 A brand-new barbecue spot plans an imminent opening in downtown Lawrence at 900 New Hampshire Street. This was the former location of Lawrence’s ill-fated Port Fonda location, as well as the good but somewhat confusing Lark a Fare. Now, Gold Medal BBQ is planning to open within the next few weeks in the space, serving up smoky Memphis-style barbecue.

The owners of Gold Medal BBQ, Kyle and Christina Clemons, are not your typical American Royal types. The Clemons’ are Olympic track athletes. For real. Kyle even won a goddamn gold medal in 2016 in Rio (4x400m relay) as well as a couple of other gold medals at World Championship events, and Christina just qualified to run the 100m hurdles in Tokyo this summer. Christina also made some news by qualifying for the Olympics wearing a pair of amazing Cool Ranch Dorito earrings. I love her already. 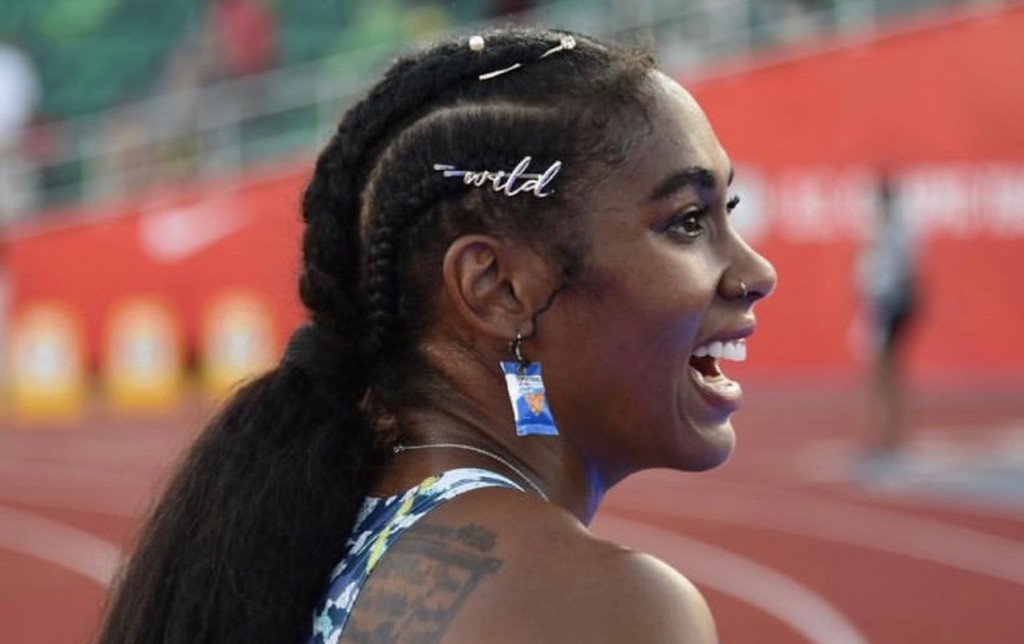 Fan-girling aside, if you are wondering what the differences between KC-style and Memphis-style barbecue are, KC-style barbecue is typically on the sweet side with thick sauce applied during the smoking process, while Memphis-style meats are smoked without sauce and then a thinner, spicier sauce is added post-smoke.

Gold Medal BBQ (which has operated as a food truck since 2019) primarily serves up pulled pork, chicken, brisket, and sausage. Customers will be able to get these things on top of nachos, in a sandwich, or on a plate. You can even get it stuffed into a waffle and topped with maple syrup and pecan crumble. Also available: sweet potato casserole (yes), Southern green beans (pork-free, the menu says).

Google indicates that Gold Medal BBQ is open now, but we haven’t confirmed that yet (if we can confirm, we will update this post). If nothing else, the grand opening is on Saturday, August 7. Keep an eye on the restaurant’s social media for updates. 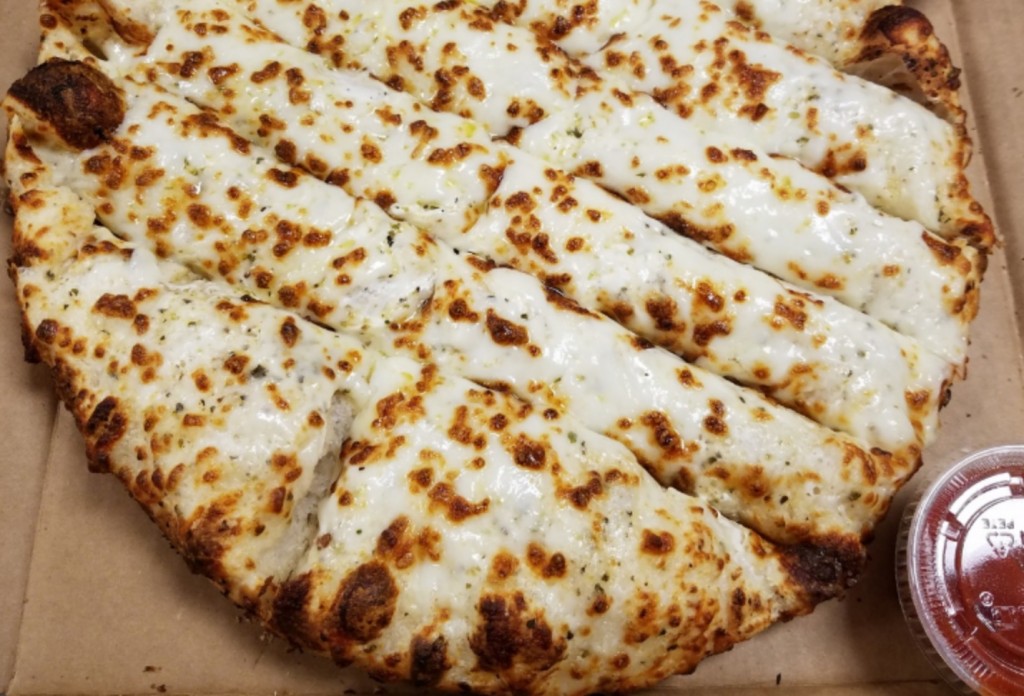 New to the Crossroads: Pizza Shuttle

Speaking of Lawrence, I’m not entirely sure how many times I ordered Pizza Shuttle at about 1 a.m. after spending a night out at the bars, but it was not infrequent. If you’ve not had it, Pizza Shuttle makes a straightforward hand-tossed style of pie, dripping with cheese, that also happens to be very easy on a college student’s wallet. (Cheap, affordable, call it what you like). Recently, Pizza Shuttle opened a location in South Overland Park on 135th Street. This is nice, but for many of us, this may well be Lawrence so it didn’t feel closer to home. Now, however, they’ve opened a shop at a prime location in the Crossroads at 1801 Baltimore Street (the former home of the Art of Pizza).

At Pizza Shuttle you can order some pretty standard configurations—but then there’s also BTO, which is a pizza that instead of marinara sauce has mayonnaise, bacon, tomato, and onion. My heart hurts just thinking about that, but maybe it works for some. I recommend getting a pie with cream cheese and jalapenos. I stuck one of the 10″ pies in a cart with two toppings and it is $8.25. Cheese sticks are $5. It’s open late ·every night until midnight. It opens again each morning at 10:30 a.m. Long live college town pizza. 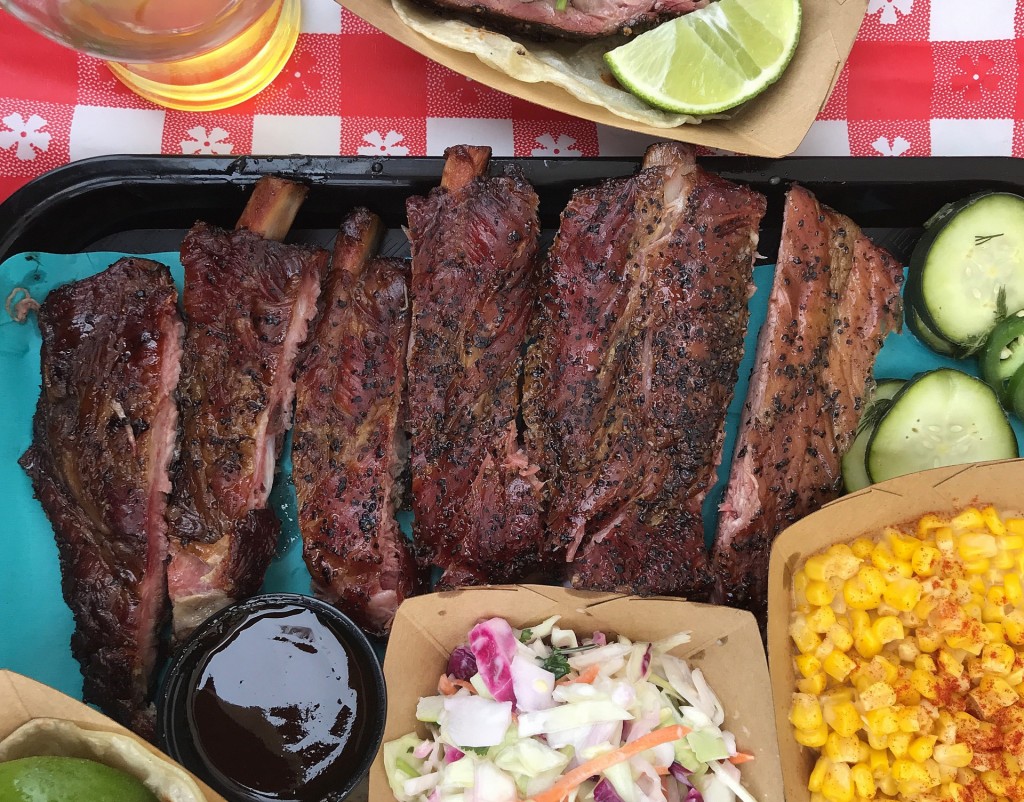 More barbecue: The Harp Barbecue Festival is this Friday on Independence Square

Serious barbecue fans should note that the Harp Barbecue Festival takes place this Friday, July 17, at Independence Square (211 West Truman Road). Hosted by Tyler Harp and Harp Barbecue (some of the best in this barbecue-loving town), the festival brings together a bunch of really excellent talent from across the country. These are folks you’ve likely never heard of unless you are deep into the barbecue thing, but you should be able to smell the festival from miles away. The event also serves as a benefit for the Ronald McDonald House, which assists families that have kids who are hospitalized for lengthy periods of time.