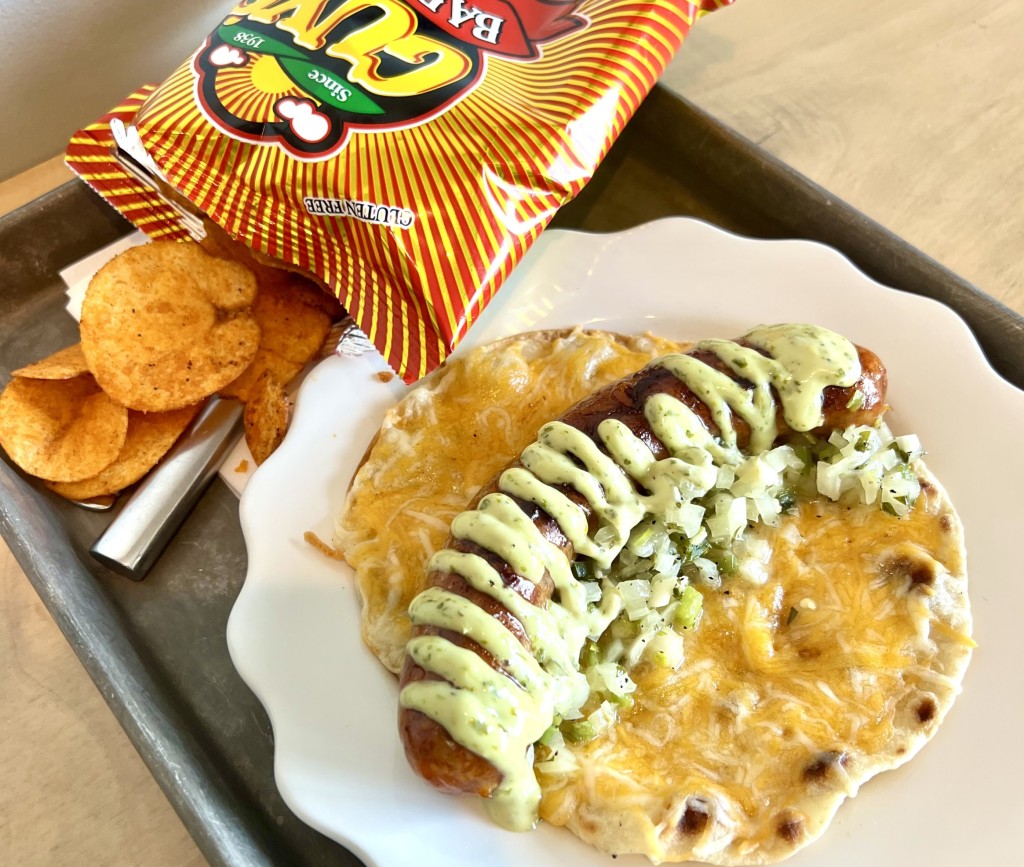 Wiener Kitchen is one of those unique food joints with a short and impactful menu that keeps you on your toes. The ingredients may seem familiar, but the deli-style shop manages to combine them in a way that is completely original and unexpected.

Humbly residing in a strip mall, Wiener Kitchen specializes in handcrafted juicy sausages and offers them in their small breakfast and lunch menu. The Chorizo Rojo dish is a great representation of the shop’s ability to create indulgent, mouthwatering experiences. The sausage is filled with savory spice and placed into a tortilla with melted cheddar cheese. It’s finished with an onion-jalapeño relish and cilantro mayo. As if that weren’t enough, you can add an egg and hot sauce if you want to turn it into breakfast.

Comfort is the name of the game with other noteworthy meals like their signature frank chili cheese dog and the jalapeño cheddar kielbasa smothered with coleslaw and barbecue sauce. Whether you want to stock up on sausages or grab yourself an elevated breakfast or lunch, Wiener Kitchen is the place to go. 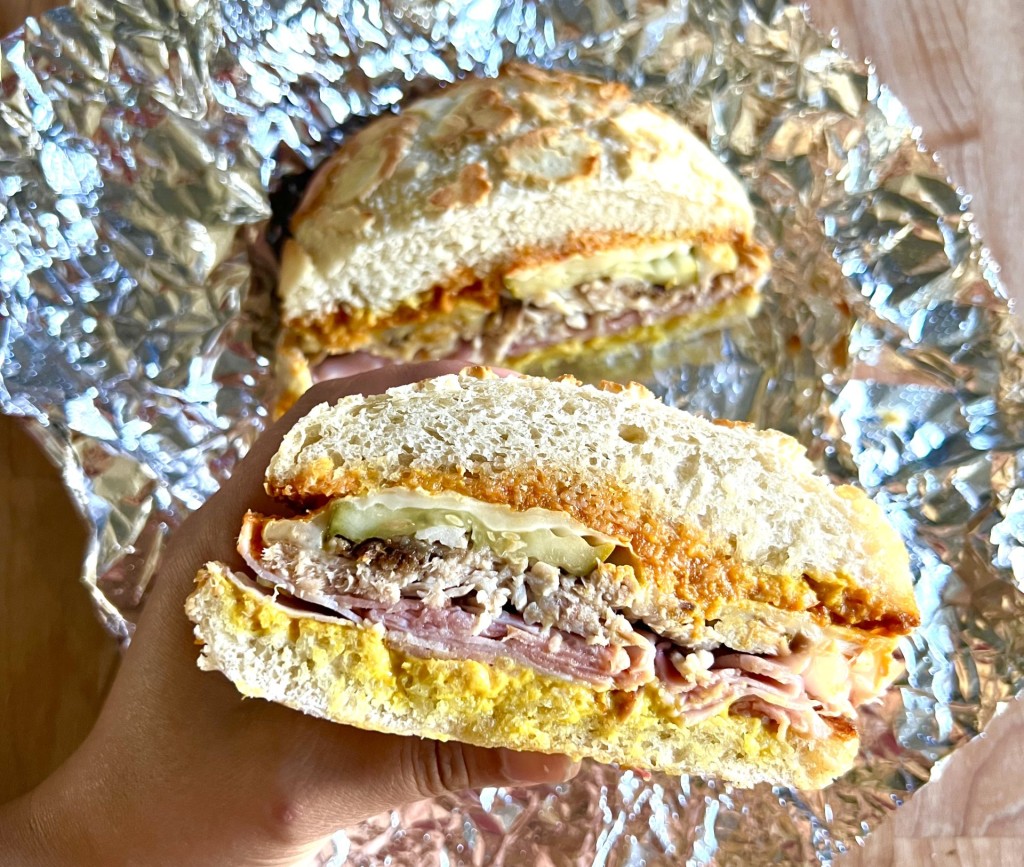 Bay Boy’s Specialty Sandwiches, located in West Plaza, stands out amongst other sandwich shops with its signature Dutch Crunch bread. Baked fresh in-house every day, it’s immediately recognizable with its crackled texture. The white bread is topped with a rice flower batter resulting in a crunchy outside and soft and chewy inside.

With an extensive menu of hot and cold sandwiches, El Jefe stands out as a familiar delicacy as it is a variation of a traditional Cuban sandwich. Stuffed with mojo roasted pulled pork, ham, and melty swiss cheese, the sandwich is layered with heavy dollops of yellow mustard and red pepper sauce.

Not to be missed is the seasonal offering of meatball subs. You can be sure the Bay Area-influenced shop puts its own spin on the ordinary sub with spicy meatballs, house-made red sauce, plenty of cheese, and house seasoning. 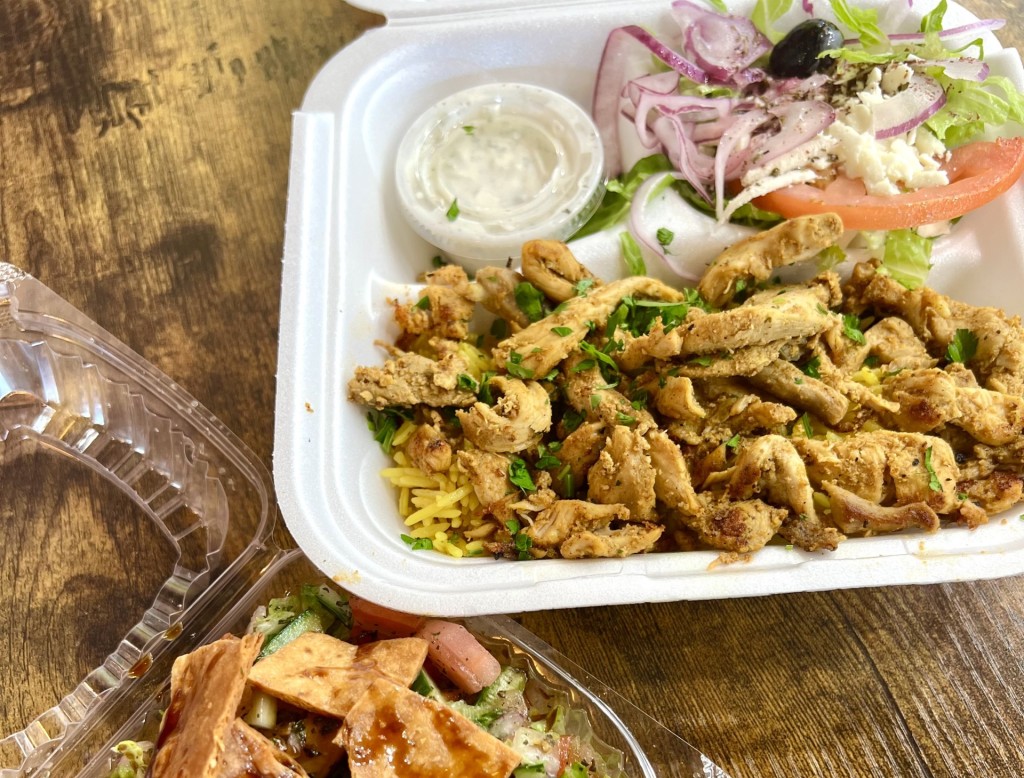 If you notice people crowding along the downtown Overland Park strip, it’s most likely because they are waiting for Hummus & Pita to open.  The restaurant has been quickly gaining traction with its traditional Middle Eastern fare made from scratch. Hand-made hummus, falafel, shawarmas, kabobs, and gyros grace the menu, along with more unique items like avocado shakes.

The deliciously tender shawarma meats are offered on beds of rice, hummus, and even fries. Middle Eastern food is known for the heavy use of vegetables and meats, so the veggies are crisp and refreshing. A great example is the Fattoush salad—a bright mix consisting of cucumber, tomatoes, and lettuce tossed in lemon juice and olive oil. The topping of pita chips provides crunch and saltiness.  As for sweetness, large portions of flaky baklava are available.