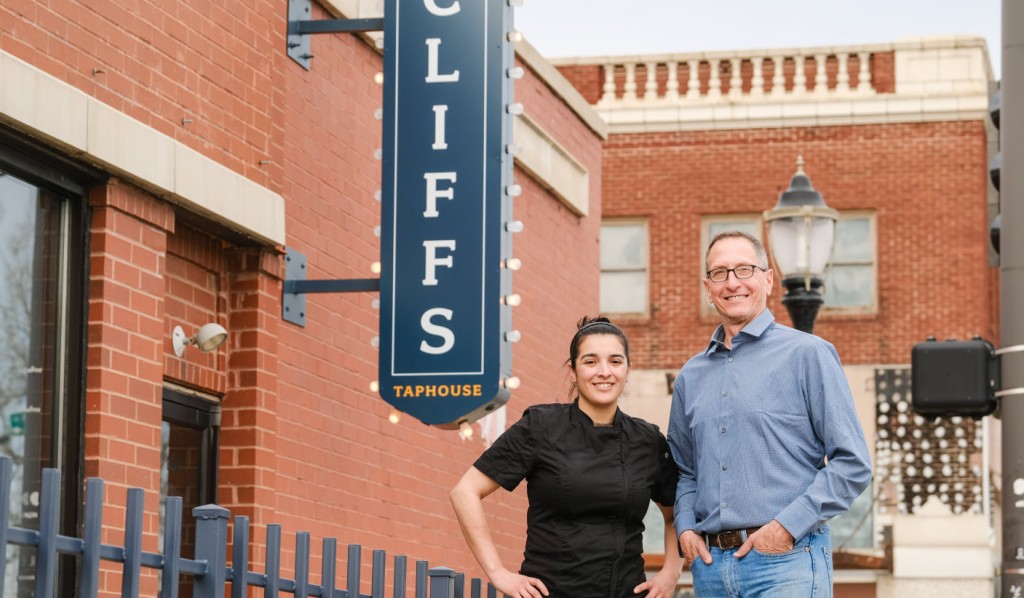 Check it out: Martini Corner has three brand new restaurants

Cliff’s Taphouse, the Black Pantry and Made in KC all opened this week at 31st and Gillham Street

Right in time for Spring and patio weather, Cliff’s Taphouse has officially opened its doors on Martini Corner (3044 Gillham Road). The restaurant was born out of the 2020 closure of the much-loved sports bar and South Plaza neighborhood restaurant Nick & Jake’s. The general manager of that restaurant, Larry Kime, had hoped at one point to open a new restaurant in that same South Plaza location, but when another group leased the space, he looked for a new location. He found a spot at Martini Corner, last home to Ollie’s Local, and began work with his team to debut a restaurant focused on local beer and fresh food menu that would heavily feature regional ingredients and products. 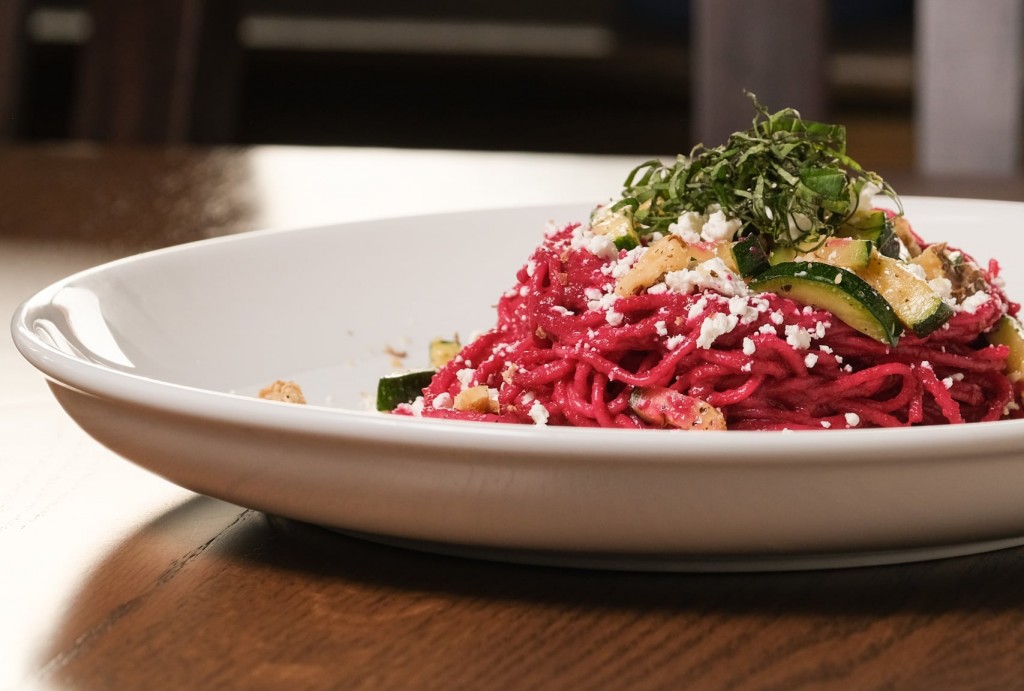 Officially open as of last Friday (April 16) Cliff’s Taphouse offers a brewhouse-style menu that features items like waffle-cut gorgonzola potatoes with bacon, half-pound burgers made with local beef, a salmon BLT with Cajun mayo on toasted brioche, or spaghettini with a roasted beet sauce, goat cheese, walnuts, and basil, among other items. To drink, guests can choose from 12 local beers on tap, with options from KC Bier Co., Torn Label Brewing Co. Boulevard, Martin City Brewing Co., and more. Additional draft beers featuring national brands, canned beers, a selection of classic cocktails, and wines by the glass are available as well. Cliff’s also offers brunch on Saturdays and Sundays, with a menu that includes bottomless mimosas and dishes like caramelized fruit pancakes and a breakfast burger with ham, cheese, and bacon.

Like Nick & Jake’s Cliff’s Taphouse is aiming for an approachable, neighborhood feel, as well as a destination to watch Royals and Chiefs games (and the large and welcoming patio with loads of flatscreen TVs all but ensures the latter). 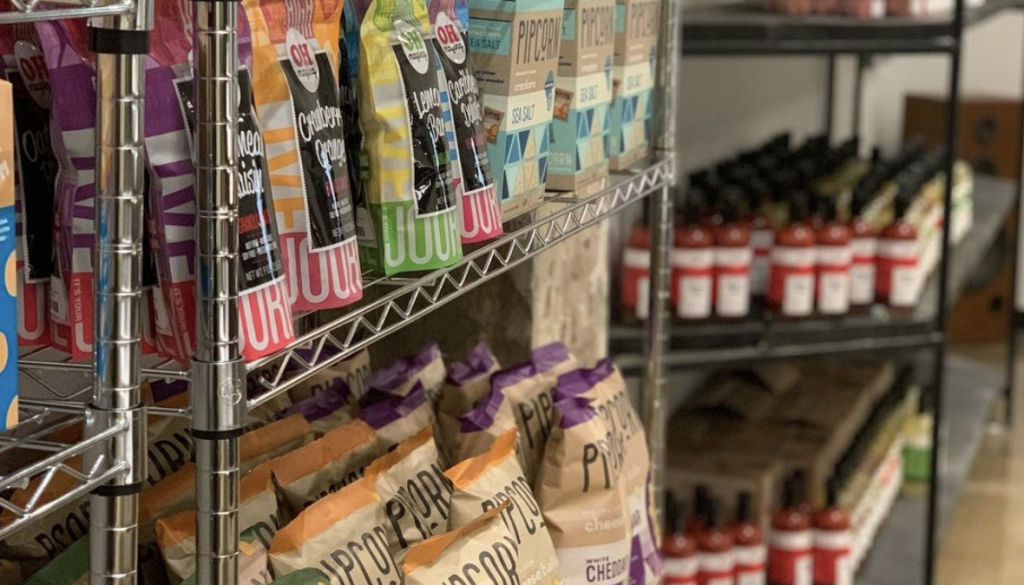 Photo Courtesy of the Black Pantry

“Kansas City’s Dopest General Store,” the Black Pantry, is also now open to the public at the newest location at 400 East 31st Street (colocated with the newest location of Made in Kansas City). The Black Pantry was founded by entrepreneur Brian Roberts, who, following last summer’s protests following the death of George Floyd, noticed that it was more difficult than it should be to find products from black-owned brands in Kansas City.

Over the past year, Roberts assembled a curated selection of high-quality home goods, foods, and lifestyle products made by black-owned companies. He began selling these products at pop-up shops throughout the city, and through the course of those pop-ups amassed a large following that made clear the need (and desire) for consumers to be able to more easily access these products in one location. While Roberts still plans to hold pop-up events to continue bringing these products to different parts of the city, the Martini Corner shop gives customers a regular stopping place to pick their favorite items up. Currently available are items like Boon Boona Coffee, Trinity Hills Co. Beard Oil, Hella Cocktail Co. Margarita mix, and a lot more. The Black Pantry is open from 11 a.m. to 7 p.m. Monday through Saturday, and 12 p.m. – 5 p.m. on Sunday. 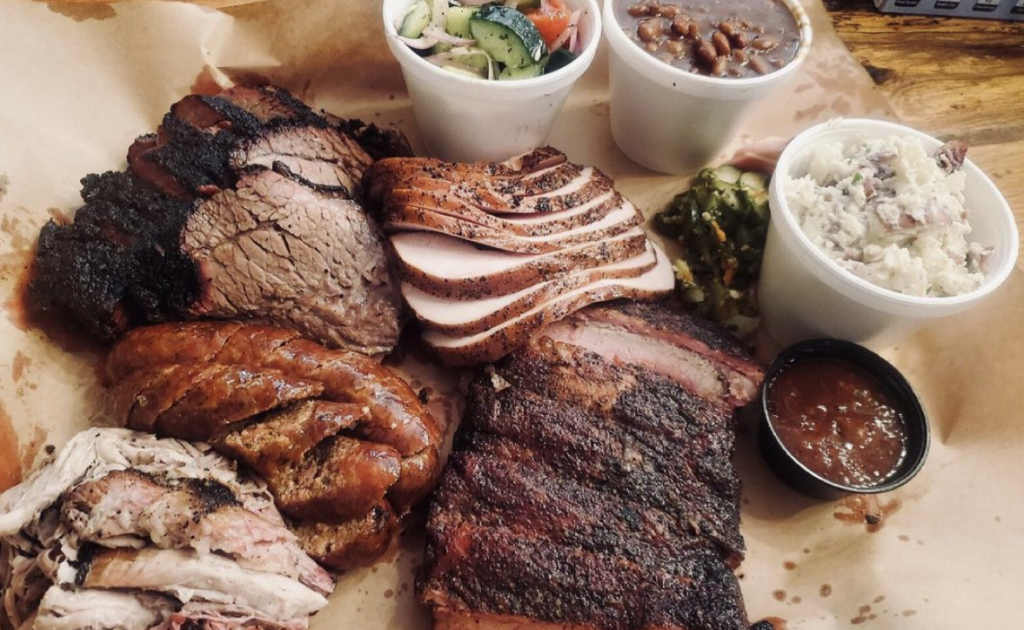 Every weekend for about a year now, pitmaster Justin Easterwood has been working a giant barbecue pit out of the Beast, a haunted house in the West Bottoms. His restaurant, run out of a concession stand within the Beast’s guts, is called Chef J’s BBQ (1401 West 13th Street). There, Easterwood has been creating some impressive stuff: juicy brisket served with pickled onions, sweet pickles, and smoked jalapenos; giant slabs of pork ribs, jalapeno-cheddar sausage, and a whole lot more. Now, starting on Sunday, May 2nd, Easterwood is offering a little something extra with his brand-new “Barbacoa Sundays.”

Barbacoa is a super-rich style of beef (or goat), often made with the literal heads of the cattle, that is slow-cooked until it is extremely tender. It’s often served in tacos or tortas, or over rice. Easterwood intends to make his barbacoa for Barbacoa Sundays with respect to tradition, starting with beef cheeks slow-cooked over a wood fire. He’ll serve his barbacoa up in Yoli pork fat Sonoran-style tortillas, along with onions, cilantro, and salsa verde.

Chef J’s doesn’t take orders over the phone so like the rest of us, you’ll just have to get in line at 11:30 a.m. The barbacoa tacos will be available until sell out.