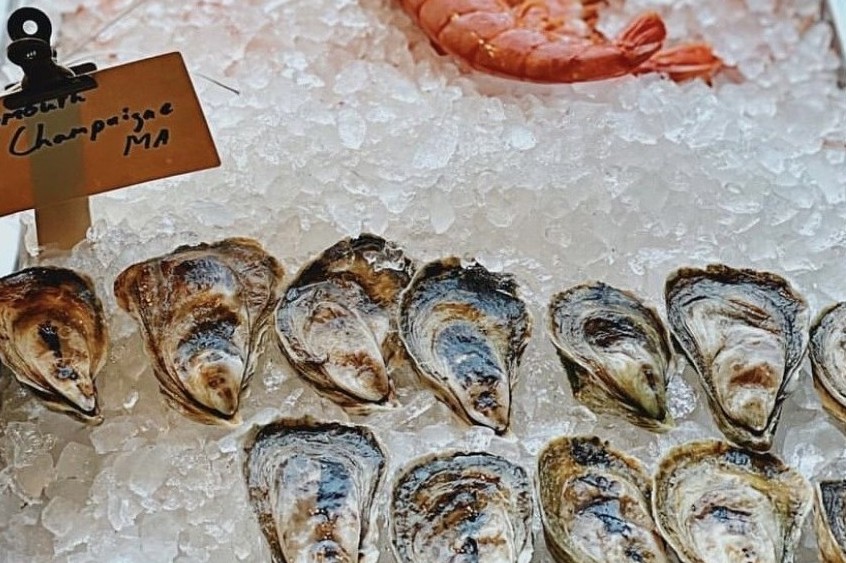 Earl’s Premier, located in Brookside, is Kansas City’s hookup for fresh East Coast oysters. Oysters aren’t entirely uncommon on the menus here, but oysters as fresh as Earl’s are a phenomenon. The oyster bar seems to have been transported straight from Maine to the middle of the Midwest with its nautical theme yet unpretentious ambiance.

To add to the maritime atmosphere, almost all seafood offered on the menu has been harvested from the ocean within 36 hours. Shucks, that’s impressive.

Oysters are served on the half shell and are subject to upscale pricing due to their rare quality. The price is $22 for a half dozen and $44 for a full dozen. When ordering, ask your server for the mignonette and horseradish sauce. Combined with a gentle squeeze of lemon, the first slurp is sure to have you mistake the wind for nearby ocean spray.

The menu offers other seafood fare with dishes such as a seasonal crudo, New England clam chowder, and mussels with chorizo. The clam dip is a personal favorite along with the fried shrimp po’ boy sandwich.

The bar side was certainly not forgotten. The beer list is extensive, and the drink menu includes noteworthy libations such as frozen gin and tonics and floral spritzes.

Despite the limited indoor seating and booked reservations through August, the outdoor patio provides significant space, and walk-ins shouldn’t be swayed from this unique and fresh dining experience. 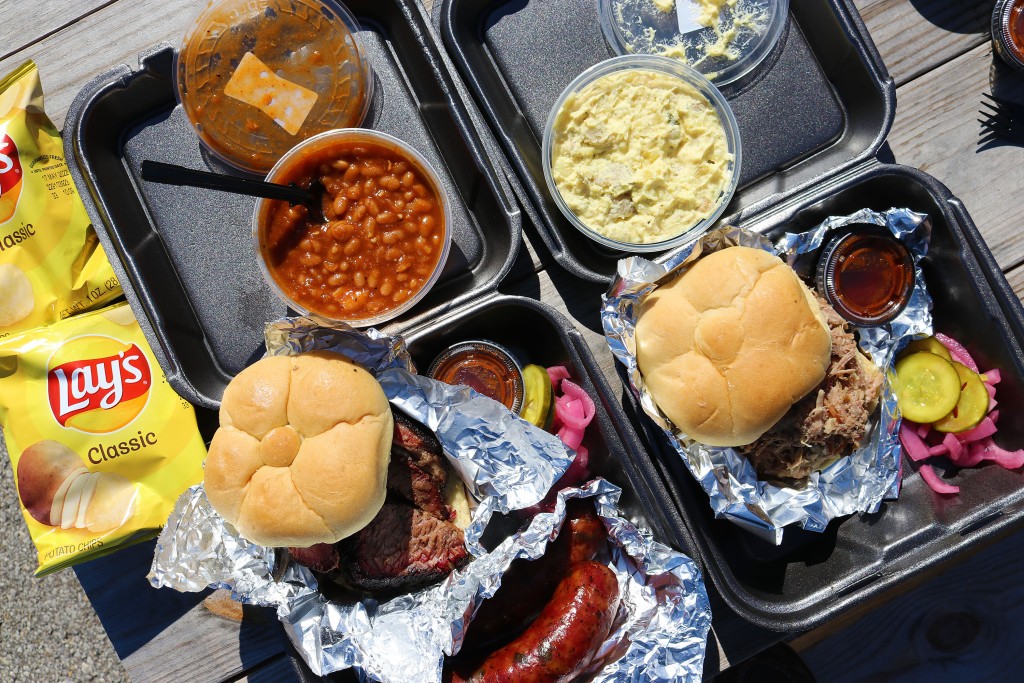 Fox&Fire brings a little bit of Texas to KC barbecue

My apologies to my fellow Kansas Citians for the triggering headline! But fear not, the brisket served out of this humble food trailer will have you praising the pitmaster and begging for more.

Only open on Saturdays, Fox&Fire is a hidden gem located in Kearney, Missouri serves its smoked meat by the pound and is sliced to serve, deli-style. The meats are top quality and cooked in offset smokers, ensuring only the most tender cuts.

The menu, humbly taped onto the trailer each week, serves no frills with its simplistic focus on carved meat, sandwiches, and homemade sides. Unlike KC style, Texas barbecue lets the meat take the main stage. At Fox&Fire, our city’s most cherished condiment—barbecue sauce—is entirely optional.

Despite its minimal take on KC’s most prized food genre, the trailer is almost sure to have a Texas-sixed line upon visiting. If there is any question as to whether the wait will be worth it, one bite of the mouthwatering housemade sausage links or succulent pork spareribs are sure to pacify any previous concerns. 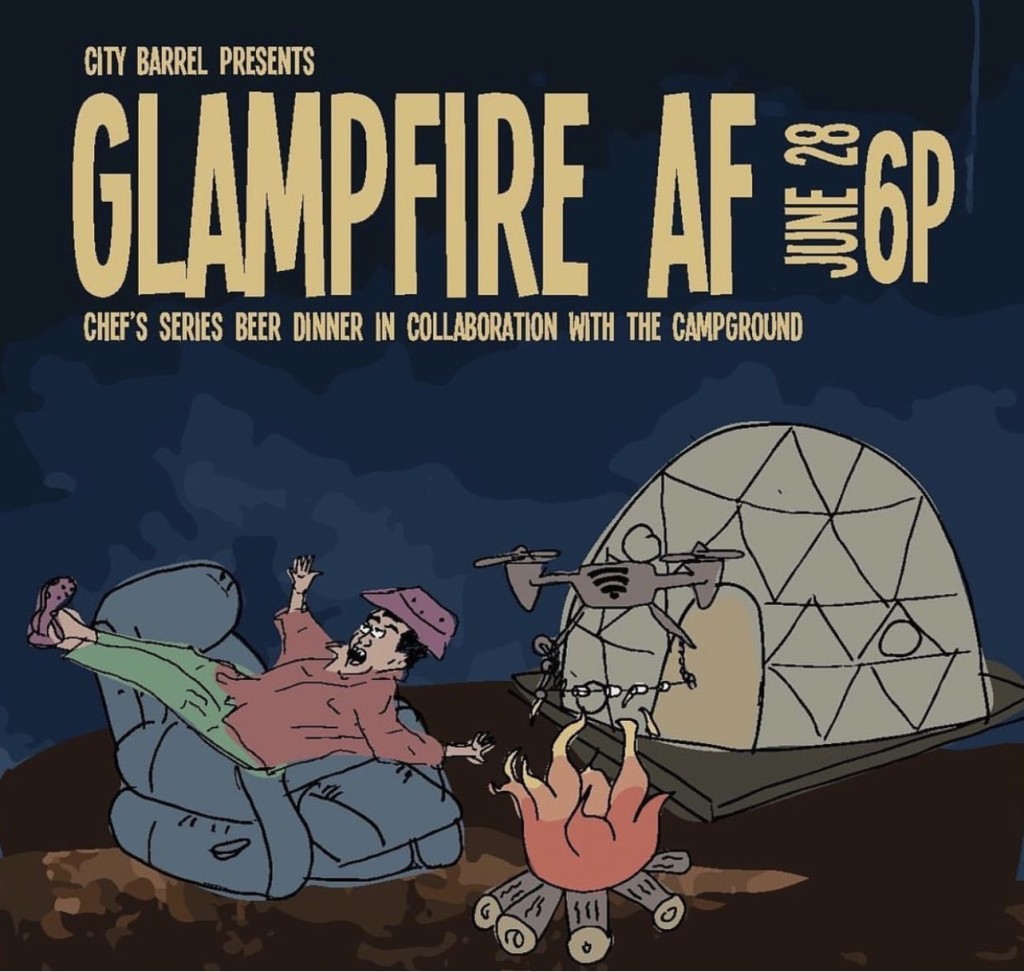 The Campground and City Barrel Brewing Co. team up for a campfire themed dinner

Two of Kansas City’s fondest drinking establishments, City Barrel Brewing Co. and The Campground, are teaming up for a summer dinner event: Glampfire AF. The dinner is part of a monthly Chef ‘s Table Dining Experience put on by City Barrel with each dinner featuring a different local chef.

For this dinner, Chef Taylor of City Barrel and Sara Osborne of The Campground have collaborated on a six-course campfire-inspired meal with beer and cocktail pairings. Think cast iron camping provisions but seriously elevated.

The event’s name is fitting, not only due to the season, but also its emphasis on The Campground—a bar located in the historic Stockyards District of KC serving specialty funky drinks.

City Barrel’s beers took KC by storm with brews such as RAD AF, a delightful citrusy IPA I believe was create specifically to save us Citians from the summertime heat. While they are known for drinks, both establishments also provide great bar fare.

The event will highlight the chefs’ creative abilities while also serving beverages that are just as innovative as the dishes they’re paired with. Camping may not appeal to all, but that’s why we’re glamping.

The event will take place June 28 at 6pm at City Barrel. Tickets are available for $125 through the City Barrel website.