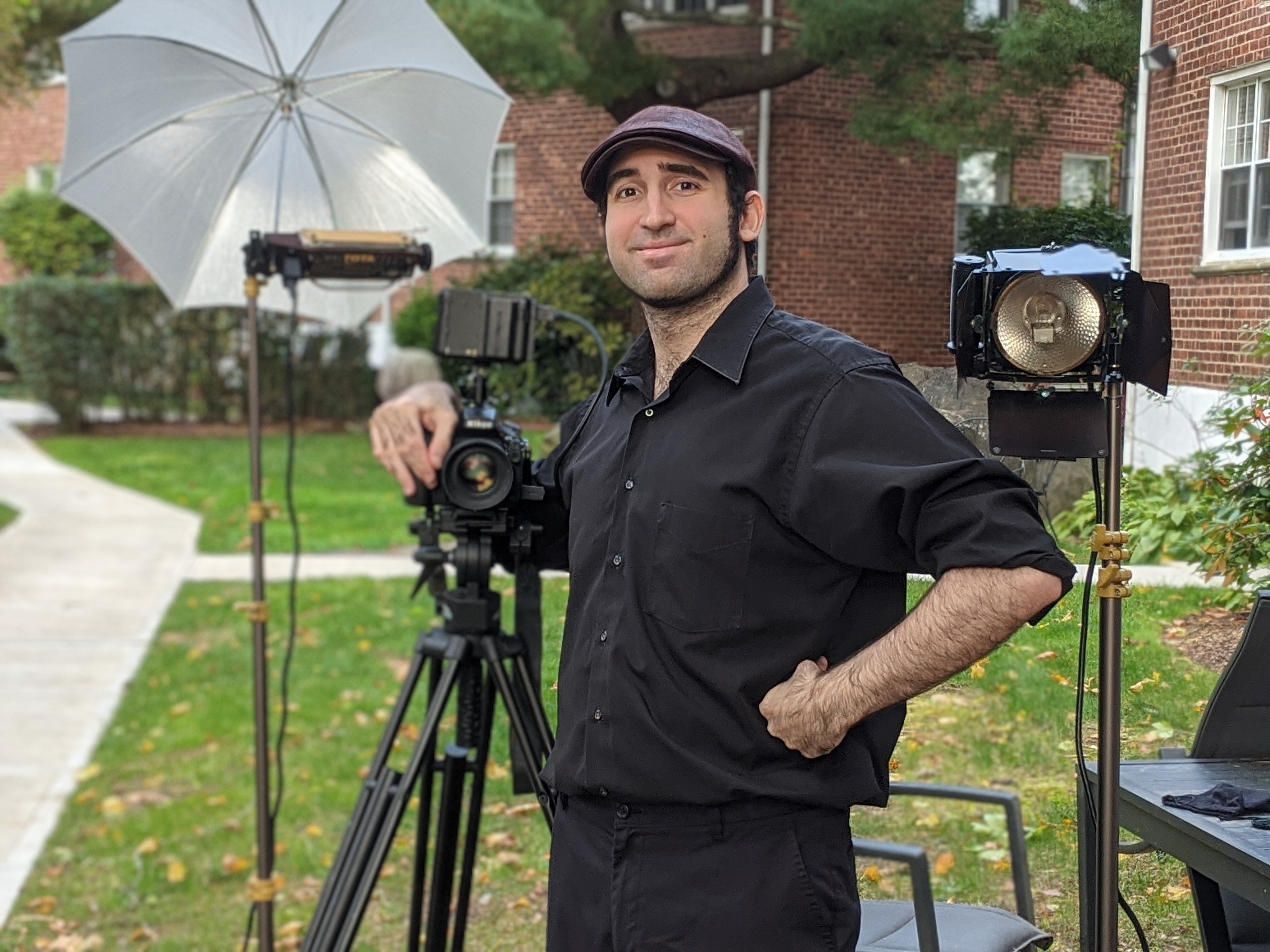 Director Ryan Camarda’s new documentary, Royalty Free, is my favorite kind of doc. It takes an interesting subject–in this case, composer Kevin Macleod–and a simple tagline, “A documentary on a composer who releases his music for free & ended up in millions of videos, thousands of films, & many odd places,” and crafts a story with twists and turns you’d never expect. There’s always something appealing in regards to films which give the viewer the history of someone with which you’re familiar, but know absolutely nothing about.

Be it 2008’s The Wrecking Crew, about the famed studio musicians; 2002’s Standing in the Shadows of Motown, about Motown’s Funk Brothers; or 2013’s backup singer tale, 20 Feet from Stardom, the music documentary about the untold story of an unsung, otherwise faceless artist is always good to make one’s jaw drop when you realize just how much music you recognize from these people of whom you’d never heard. That’s Camarda’s Royalty Free, and the way it presents Kevin Macleod, a man whose music has been heard in Oscar-winning films and the videos of the YouTuber with the tiniest follower count, and everything in between.

Macleod is a composer who simply offers up all the music on his website for free use through Creative Commons licensing, wherein you can use it royalty free, so long as he’s given credit. If you can’t credit him, there’s a $30 fee. That’s led to his having more IMDB credits than any other composer and a massive number of YouTube videos featuring his work. He’s also been contracted and hired to create original works for other projects, as well, resulting in a highly-successful career. By turns touching, mildly shocking, and always interesting, Royalty Free is a fantastic look at a man whose idea of giving his music away for free has given him more success than one could dream of. I talked about all this and more with director Camarda. 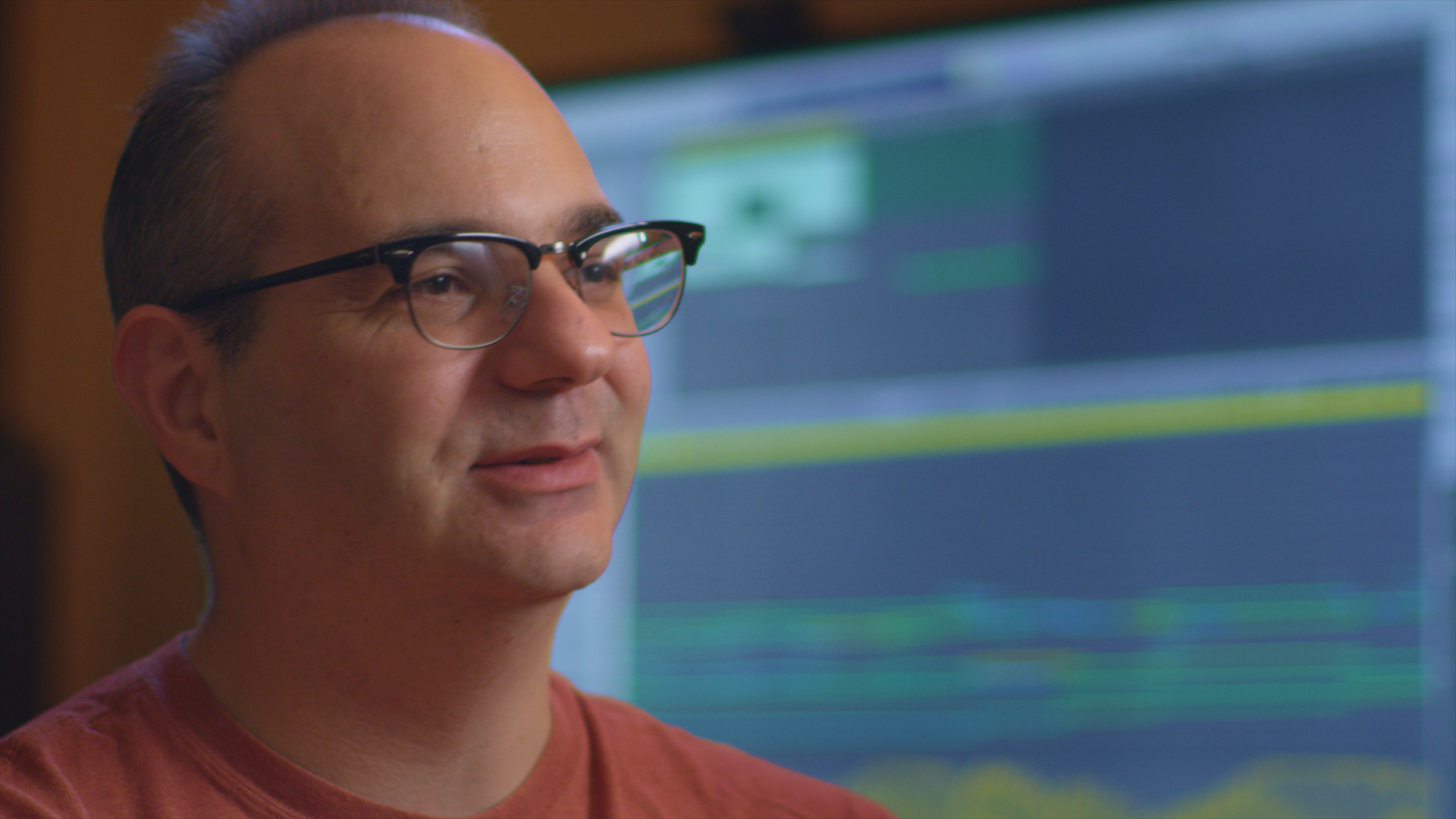 The Pitch: How did you come to know the music of Kevin Macleod?

Ryan Camarda: Like most people: “Hey, I need music that won’t get me sued!” Incompetech was the first search result and a big thing was the search. On his website, you can search by feel–“I need something scary,” “I need something happy,” listen listen listen, “This is good,” and yeah–I’ve been using him since high school.

In terms of how this project started, we were editing a trailer for a previous film we’d done and they used Kevin’s music. I was like, “Who’s Kevin?” and even though I knew Incompetech, his website, I searched him up. His IMDB at the time had a thousand and YouTube like, three million credits, and I was like, “What?!” so yeah–I reached out to Kevin and I was like, “I want to do a documentary. Can we meet up?”

The intriguing thing about Royalty Free is that it went into a world with which I’m not particularly familiar: the world of YouTubers. That’s outside my wheelhouse and I’m just fascinated by the fact that, going through the doc, you discover that Kevin Macleod has this level of fame amongst YouTubers that is, if not quite rockstar status, definitely well-regarded and respected. How did you figure out which YouTubers you were going to talk to for this doc, given the fact that there are literally millions of videos that use his music?

One easy thing to do was, when searching YouTube for people who use Kevin’s music, I could type in “composer Kevin Macleod” with some of his top music in the search. The problem is it only shows up if it’s in the about bar below the video–the description–and so I did that. Then you can sort by views, so that was fairly easy. Then it was a matter of actually being able to interview them.

When we went to VidCon, it was like, “How many people are gonna be in L.A. at this time? How many you know top-tier YouTubers? These people are going to be at VidCon–let’s reach out to them and see if they answer.” The fun thing was, with Boogie [Steven Jay Williams, aka Boogie2988]: we went upstairs and then we just kind of literally walked into him. I had no idea who he is but my partner was like, “Dude, that’s Boogie!” We did a quick search and it was like, “Oh, he uses his music: let’s go.”

What’s so great about that is the fact that he has some of the most insightful and enthusiastic responses to Kevin’s music and you just happened upon him. He has some really well-thought-out love for Kevin Macleod’s music.

A lot of these people built their empires with Kevin’s music. You couldn’t get music before he was offering free, legal, easy-to-use music. So many people start off their careers using Kevin’s music and him just giving it away for free. I mean, mostly: if you can’t credit him there’s a $30 fee or whatever, but free music. There’s something to admire with that and that he found a genuinely helpful way to help the whole “anyone needing music” community and also somehow managed to profit, so it’s kind of like the happy version of capitalism, as opposed to wringing every penny out of people. He still did very well for himself.

The arc of it makes it really watchable because you’re not just exclusively focusing on Kevin. While he is the through-line to this documentary, you use aspects of his career to branch off and explore other things like how orchestras are dealing with things like synthesizers and how that’s been an issue for 40 years and you talk about how Creative Commons is perceived on both sides of the debate, in addition to talking to his family outside of Green Bay and things like that. It’s a very well-rounded documentary. How many of these aspects were concepts you had in that original 30-page document?

There were some ideas in the original document about people’s reactions to Kevin but it did branch out in the research where it was like, “Well, what is the larger picture? What enabled Kevin to be able to be in a position to have this business model? How is this even possible and what are the ramifications?” and then, being a good journalist, I try to show both sides.

The use of his music in a video by David Duke had me bug-eyed, especially given Kevin’s response to it happening being something along the lines of “Once the music’s out there, I can’t control how it’s used.” Being apolitical in terms of one’s music is a very interesting stance to take in 2020.

To be fair he took the stance in 2018–maybe 2017–a little thing, but he still feels the same. For me, it’s a very difficult, complex thing because your music is out there and anyone can use it, but anyone can use it, so for me, it would be a way tougher thing. For him, it’s just, “Yeah some assholes use it,” but then his statement about “the music is out there, it is what it is,” that’s a very tricky thing you have to deal with when releasing your music for free and yeah, David Duke. There was even more crazy people out there and more direct Nazi stuff and there might have even been a beheading or something. It was just too much but it’s a scary thing.

Now that the film is done and is released, what has the response been like? What have you heard back from those who are involved in the film–what does Kevin think about it?

I’m not sure. He’s kind of held it close to the chest. All the other Kevin friends that contacted me, loved it. I did a fairly extensive test audiencing before the editing and it was overall pretty positive. The main thing was just like, “We’re just gonna sit down and watch this nice interview about this guy,” and then it just branches out and does its thing and it also kind of gets progressively darker throughout the documentary–which is what I wanted to do, rather than front-loading it and starting off with, “Hey, David Duke!”

Royalty Free is out now and you can find more information about the film at its website.