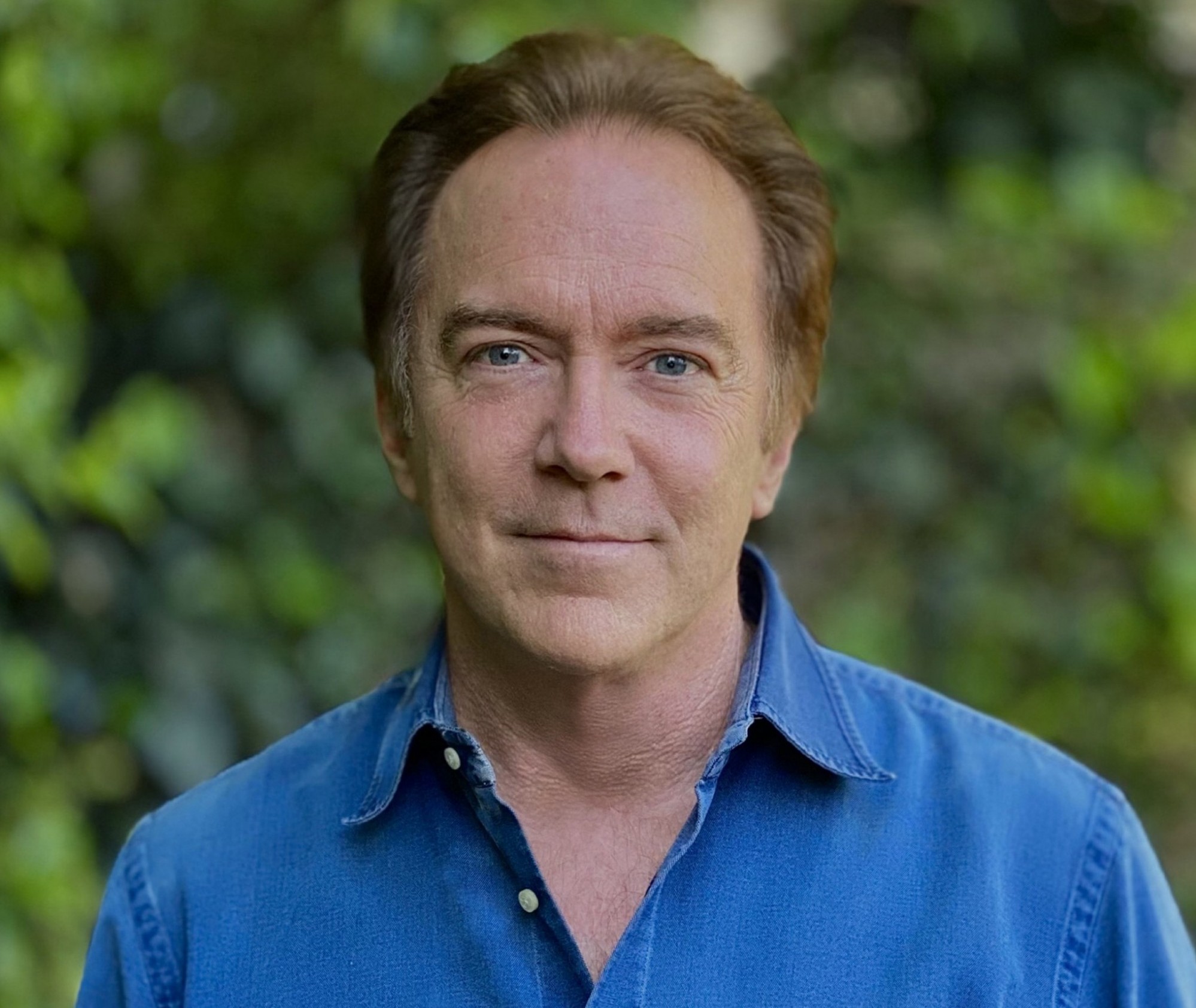 Director Charles Band has lived several lifetimes in his 69 years. When he was 15, he was opening literal underground nightclubs in Rome. He’s started not one, but two film production companies. The first, Empire Pictures, helped launch the careers of such genre notables as Stuart Gordon, Barbara Crampton, and Jeffrey Combs, as well as full-blown stars like Helen Hunt and Demi Moore. After a takeover of the company due to financial issues, Band would go on to found Full Moon Features, whose Puppet Master and Killer Bong franchises–among many, many movies–continue to find new fans every year.

Band’s new autobiography (cowritten with Adam Felber), Confessions of a Puppetmaster: A Hollywood Memoir of Ghouls, Guts, and Gonzo Filmmaking, is out this week from William Morrow, and it’s a whirlwind journey from the producer/director/writer’s earliest days, right up until the Covid lockdown. Even those whose knowledge of Band might be limited to hazy video store memories will find something which fascinates in Confessions of a Puppetmaster‘s pages.

I was thrilled to hop on the phone one afternoon last month to discuss the book and Band’s career with the man himself. 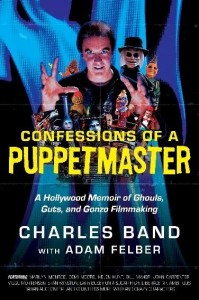 The Pitch: How long was the process of putting this all down on paper?

Charles Band: I want to say it was maybe four or five months. You know, it was during COVID. Even though we were still making movies and still pretty active, there was some more downtime. Adam Felber–who’s a wonderful writer, biographer–we would talk every Saturday morning for a couple hours for about four or five months. That’s it.

I assume that’s why the book reads as though it’s just you, telling stories, and then he helped organize them all into a timeline?

That’s pretty much it, but you know, there’s just so much going on. You have to decide, “Okay, is this going to be more technical, about making every single movie?” I’m sure people are gonna say, “How come you didn’t have a little information or story about every one of the 12 Puppet Masters?” That’s going to come up. It’s a pretty dense body of work, but I just thought it’d be more interesting to talk about the journey of an entrepreneur and ups and downs. The stuff that I remember, I think people would be interested in.

What comes through in this is just your lifelong hustle.

Yes, that’s a perfect way to put it. And that’s what it is. If you start with zero money, you don’t have any traditional backing or a line of credit or anything that you would imagine businesses that, even in the most austere year, still involves some millions of dollars.

It’s just hand to mouth, and there are really good stretches and real bad ones, you know? I’m glad I survived and things are going well again with streaming, but when the direct-to-video business literally ended with Blockbuster and Hollywood Video closing, it was death to anyone who was working in that universe. That’s how people for decades discovered my movies and other people’s movies–when they went to the video store–and then one day, that was literally over. I’m just happy I was early on in getting in the streaming thing, which has sort of become the new video store.

A big part of the story of anyone who has worked who in independent film, especially in the ’70s and ’80s, is the sheer amount of future stars and superstars who appear in their work. You crossed paths with Demi Moore and Helen Hunt. Is it nice to have been an early booster and believer in their talent?

Well, look: it’s all a matter of taste, right? If you’re auditioning–as I’ve done–hundreds and hundreds of times,you wind up maybe looking at 50-60 people for the part, and then you go down to three or four and then you make a decision and hopefully you make a good one. Usually, raw talent–especially in the people you’re mentioning–they kind of really shine through.

But apparently. we turned down Brad Pitt for a part back in the day. We’ve missed up some as well. Of course, part of it is being so prolific. I mean, I’ve made tons of movies, so there’s a point where, you’re casting all the time and I don’t know what the math is, if there’s eight or 10 parts per movie, times 350 movies, times I don’t know how many people per audition. You hope, you guess. Right?

One of the things, reading the book that I was very pleased to discover is that you have as much love for your film, Head of the Family, as I do. I feel like it’s a hidden gem, thanks to its star, Jacqueline Lovell. It’s always surprised me–speaking of people who went on to stardom–that she never hit that point, because she gives her all in your films.

No, for sure. It’s a pity that some just don’t. It’s talent. It’s luck. It’s timing. It’s who knows what. No, the alchemy is what makes this work for some people who have the talent and then not for others. She definitely should have been at least on some sitcom or had some kind of career in mainstream TV or whatever, ’cause she’s very talented. She’s one of the core components of that movie.

People talk about Ghoulies and Puppet Master, Trancers and Subspecies, but when I’m asked what are the top few movies that I look back and go, “Yeah, those are, those are pretty cool”? Definitely Head of the Family, because technically, we shot the entire thing on film. There was no CGI, there was no tricks. Every time you see the big head, it was a forced perspective. And that’s a lost art. It’s not like we easily able to dial it in with green screen and all that kind of stuff. Every single shot was live in camera.

As you moved into the streaming era, it seems that the films that you yourself made tended towards the franchise pictures. Is that just out of necessity?

Yeah, it was part necessity, ’cause our budgets shrunk. We never had a big budget, but we had budgets anywhere from $400,000 to $3 million, but more in the $400,000-800,000 size in the ’80s and early ’90s, and now we’re 10% of that. Part of it is because you have to adapt. I’m in business still, but I don’t have somebody giving me money. These are movies that are designed to entertain and have fun and, at the end of the day, make money to keep Full Moon alive, which has been alive now for decades. Part of it is because of the Evil Bong movies and Gingerdead Man. Those films are fun. They’re less expensive to make.

Putting aside why I made them, Evil Bong is the second-most successful franchise we have after Puppet Master. We’ve made nine of them now and hopefully, as our fortunes turn a bit and our streaming site gains more subscribers, we can move into some higher budgets and we can get a little more ambitious, so that there are more sci-fi/fantasy as opposed to horror.

It’s really a reflection of the times. If you go back to the ’70s, the movies I was making booked for 35 millimeter. There was no other market other than theatrical. We were the b-side of a double bill. The money came back as a percentage of ticket sales and my, how things have changed.

In revisiting your entire career and life, were there any things that you were that you found yourself thinking of that you hadn’t thought of in a really long time, thanks to sitting down and having these conversations?

Not really. I mean, it’s a new day every day and new discoveries, new mediums, new ways to try to keep making movies. I’ve reinvented myself in these movies I don’t know how many times since my first movie in the early ’70s. You’re continually looking to see how you could do it better or different, or stay alive. I’ve had really good stretches and super bad ones. I survive.

There’s never been a year where I haven’t made some movies and they were years I’ve made 20 per year. This year coming up, we may make 18-20 movies. That seems to be the plan for next year. It’s not like it’s stagnant.

Whatever the formula you figured out 40 odd years ago, it’s working today.

I mean, there are constants. You still need a good script. You need good performers. Those things haven’t gone away yet but how you sell the movies and how you hope to make a dollar marketing and getting the word out–one of the things about direct-to-video which was cool was that all movies that were released were on the video store shelves. Plenty of times, I’ve had my movies on the same shelf as Aliens or Terminator. You’d have [major studio] sci-fi/fantasy/horror films next to Puppet Master or Demonic Toys.

Those days are gone, obviously, because we’re not on those same shelves or in the same category or on the same platform. I mean, we’re there and people can find us, but it’s all been splintered into a different way to find these movies. Things change, but the basics are the same: you still need to bring people in and entertain them. That’s all I’m focused on.

Much of your book that isn’t dealing with film–but even some of the parts that are dealing with it–are about how much you work with your family. You worked with your father before he passed. Your brother, Richard, has scored many films going back to the Empire Picture stays. They always say you shouldn’t go into business with family, but it seems that it’s really worked out well for you.

It has. And you know, I’m grateful that had a fantastic father on every level. I grew up on his movie sets and when he became older and Full Moon took off, he basically came and worked for me or worked for Full Moon. He used to call it the “reverse nepotism effect.” It was great working with my dad. He knew everything. He was a veteran and many of the films we made in the ’80s and early ’90s that were ambitious for us, he was there on set, week in and week out, just doing what he did best.

My brother does amazing work and he’s Emmy-nominated. He’s done a lot of other stuff for other people, but I think a lot of the films that we’re known for, the heart and soul of those movies are his score. This is music that people recognize: “Oh yeah, that’s Puppet Master” or “That’s Re-Animator!”

It’s tough, sometimes, with the family ’cause nothing’s ever easy and you talk a different language between your family members. But no, I don’t regret a minute. Again, I learned everything–at least on the technical side–from my dad. I literally grew up on his movie sets and then he had me apprentice, so I did all sorts of jobs, even bad jobs and I just knew how to do most of what people do on a movie set and in post-production.

Charles Band and Adam Felber’s Confessions of a Puppetmaster: A Hollywood Memoir of Ghouls, Guts, and Gonzo Filmmaking is out this week from William Morrow.