Composer Richard Band on his legacy with genre cinema 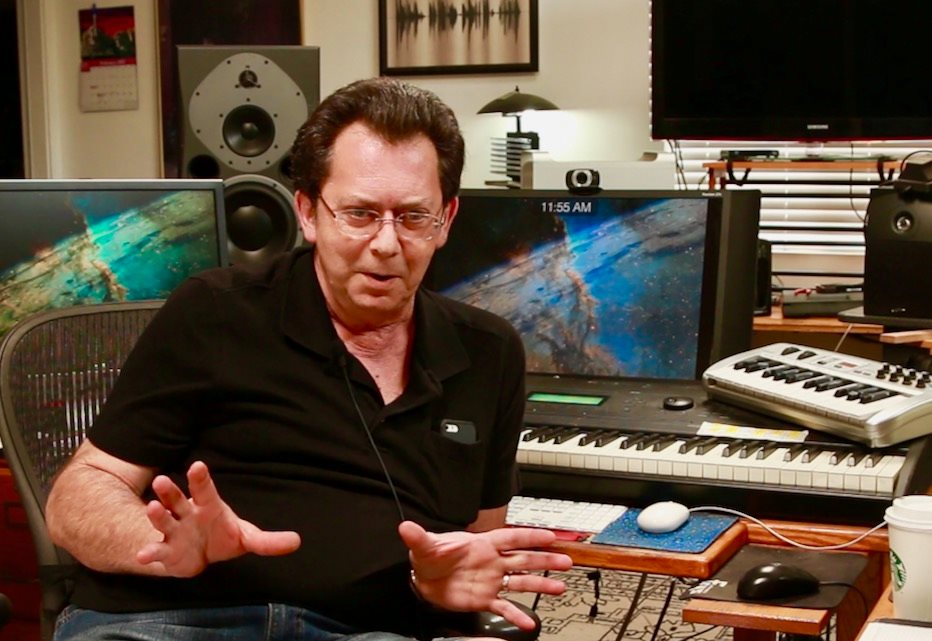 Over the last decade, composer Richard Band has seen scores for his films reissued by labels like Waxwork Records, Intrada Records, and Wargod, as new fans discover his work thanks to Blu-ray reissue companies such as Scream Factory. The composer’s scores for Re-Animator, From Beyond, and much of his brother Charles’ Puppet Master series all have seen deluxe vinyl reissues and now the Swiss reissue label (We Release Whatever The Fuck We Want) has joined the group with a trio of Band’s most intriguing works: Ghoulies, Troll, and TerrorVision.

These scores for the Empire Pictures movies have been remastered and are presented for the very first time on half-speed mastered, limited-edition, 180-gram colored vinyl with full liner notes by Band. It’s an ultra-deluxe collection, and I was excited to speak with Richard Band via Zoom about his career and these amazing reissues.

The Pitch: Given the fact that so many of your releases have gotten deluxe vinyl reissues recently from the likes of Waxwork and Wargod and now, We Release Whatever The Fuck We Want, what’s it been like going back to revisit these scores and see them get this level of treatment?

Richard Band: It’s complimentary, obviously. It’s also very nice that, in most of these cases, it’s not just putting them out again but, in quite a few cases, doing some pretty impressive remastering of them–using today’s technology to remaster them in a way that just simply didn’t exist back in the day, so that people can listen to things to the music in a fashion that was just not even available back in the day.

And of course, you know, a good deal of these films, when they were released, the mixes back then were pretty bad. Some were even mono. Some were Ultra Stereo. Just a few Dolby Stereo, and so the mixing itself wasn’t optimum for listening purposes. Even though some of them have been released on CD before, the benefit of having them remastered for vinyl–and in the case of these new releases, having them not only remastered but having them pressed in a certain way at half speed–it brings the audio quality out in a way that just has never been available. That obviously pleases me a lot and, needless to say, to have them come out again keeps the music alive and the genres themselves alive and that’s great.

A lot of the material that’s been recently reissued–Re-Animator, the Puppet Master films and even two of these WRWTFWW releases, TerrorVision and Troll–have been put out before, but Ghoulies has never seen the full soundtrack released before. How did that one, in particular, come to be?

That was a real effort and took me a good deal of time. Over the years, it had been requested so many times and it was simply not available, because all the original tracks that were used–the masters, in other words, that were used for the film–they just vanished over the years, so I had to go back and recreate a good deal of those tracks from the original sources. It took me–oh my God, at least three weeks to a month to reassemble and find all of those tracks from different sources and then put them together anew.

That, by far, was the biggest job as compared to Troll or any of these others because, luckily, I’ve kept the masters on all of these films but Ghoulies was one that just got lost, so that was very laborious.

One of the things I’ve always been curious about, regarding TerrorVision, is that your score works so well with the music by the new wave band the Fibonaccis. Were you aware of that music when you were composing or did it happen to be kismet that they go together?

I would say more kismet. I was aware of that main title song but that was it. I had heard it, but to be honest, I don’t remember if I heard it before I started scoring or during the scoring, but that main song, I remember hearing at some point, so I think it was more kismet than anything else.

It was also a very unique approach that I took back then because, at that time, I was not electronically literate. I had done almost nothing electronically and I didn’t have any equipment, so I relied very heavily on my friend Christopher Stone, who was the opposite of me. He was very electronically literate and had various synthesizers–a few of which weren’t even on market yet, like the Yamaha CS-80, which would come out about a year or so after we actually used it–because he was a beta tester for various companies, so we had access to certain electronic instruments that nobody had access to, which added to the uniqueness

On TerrorVision, it was so different from the orchestral type of stuff that I was more familiar with. I had to create these musical templates that we would use during the score. I would write on paper, in a traditional way, but I would plug in all of these templates that we had recorded previously, so it was a very unique way of working and the end result was great. It all worked. I couldn’t tell you exactly how it worked, but it worked somehow. It was definitely an interesting creation in terms of collaboration.

Speaking of collaboration: you’ve done a lot of work over the years for films from your brother Charles. What’s that relationship been like, working not only with family but working with them in a very creative way?

It’s like any situation when you’re dealing with family: there are ups and downs, pluses and minuses, to put it mildly. I always go back to my original intent when it comes to music scoring period which was that I got into music scoring not only because I had a love of music and film, but I liked the creative process. As long as I was able to be creative, that was of primary importance but also–and equally as important, in my opinion–when it came to these film, I was very, very intent on lifting the overall production value of anything that I worked on to what I would consider to be as near as an A-level film, as far as the music was concerned.

Therefore, I fought from the very beginning very hard to lift all of these films onto a different level from a musical standpoint. I fought very hard to have orchestras–real orchestras, on a good deal of them–and I really felt that, if the music was done properly and not just discounted like many films in those earlier days with crappy synthesizer scores, the whole film would be lifted. I would be given that opportunity to be creative about it.

Let’s not kid ourselves: they were not big studio “A” films. They were “B” films but I believe strongly that, given the opportunity, they could be made much, much much better by having a real “A” type of soundtrack, and so that was always my imperative. I think once I had sort of proven myself several times through those projects through the family–as well as other projects that were not through the family–I think people started realizing that, “Hey, to have a real real good soundtrack really does lift this whole thing up to a different level.”

If there was one thing back in the Empire days that stood out that everybody recognized was that the production values of those films were way, way higher than your average “B” film and that’s why many of them had the success that they did.

I would say that I fell in love with music scoring not because of anything genre at all. My favorite scores are probably not genre scores, although there’s no question that there are several genre scores that are just stupendous scores. The Omen, by Jerry Goldsmith? That’s a mainstay staple, as far as great scoring, as well as what he did with Planet Of The Apes and a myriad of other things.

To me, good scoring was all apart from the genre itself. When you go and you listen or watch a film like Doctor Zhivago or Lawrence of Arabia–these scores by Maurice Jarre for the David Lean films were the scores that just left me speechless because of the impact that they had. Those were the inspiration, originally, to start loving film scoring.

That doesn’t mean that I didn’t have a great appreciation to the genre stuff, as well. As I said, Jerry Goldsmith is probably the best-ever in the business, as far as genre stuff –as well as many other things–so I think it just so happened that a good deal of what I did over the years were in the genre fields of horror or fantasy, even though I’ve done a lot of family films that are not genre films. I’ve done comedies and I’ve done tons of animation and cartoons and lots of different things.

There’s no question that I’m mostly known for the genre stuff because that’s what got the most publicity or releases or fame or cult status or what-have-you, but it’s the overall love of scoring of film–music itself not related to any particular genre–that’s what inspires me.

You can order the reissued scores for Ghoulies, TerrorVision, and Troll, along with quite a lot of Empire Pictures-related merchandise, from WRWTFWW. The releases are available now through their webstore and hit retail this Friday, November 20.