To predict with any level of accuracy what we’ll be seeing over the next few months in KC food and drink is a bit like driving at night without headlights on. Will we eat comfortably and guiltlessly eat food in public with other people again? Who knows!

The exhausting, enduring pandemic and the lack of support for restaurants, bars, and music venues has made survival—much less future investment—extremely difficult for most. Yet, a few entrepreneurs endure to give us some new options, and there are a handful of openings worth looking forward to as we (hopefully) head towards a thaw, both literal and metaphorical. If we’re being extremely optimistic, maybe we could say that somehow the industry will ultimately emerge stronger and more aware of longstanding weaknesses, with better supports and wages in place for employees and for local suppliers. I am not this optimistic, but am sunny enough to hope that perhaps some small amount of this can happen on a local level.

The state of the industry is a conversation for a smarter person on another day—so for a moment, let’s go ahead and daydream about a future that’s safer, easier to navigate, and more fun. (Remember fun? With people? Going to the bathroom without masks?) Scroll on down to learn about what we do know is at least anticipated for Spring and Summer, starting downtown.

[Editor’s note: I think wearing masks in public restrooms is something we should keep doing, and perhaps should have always been doing. But you do you.] 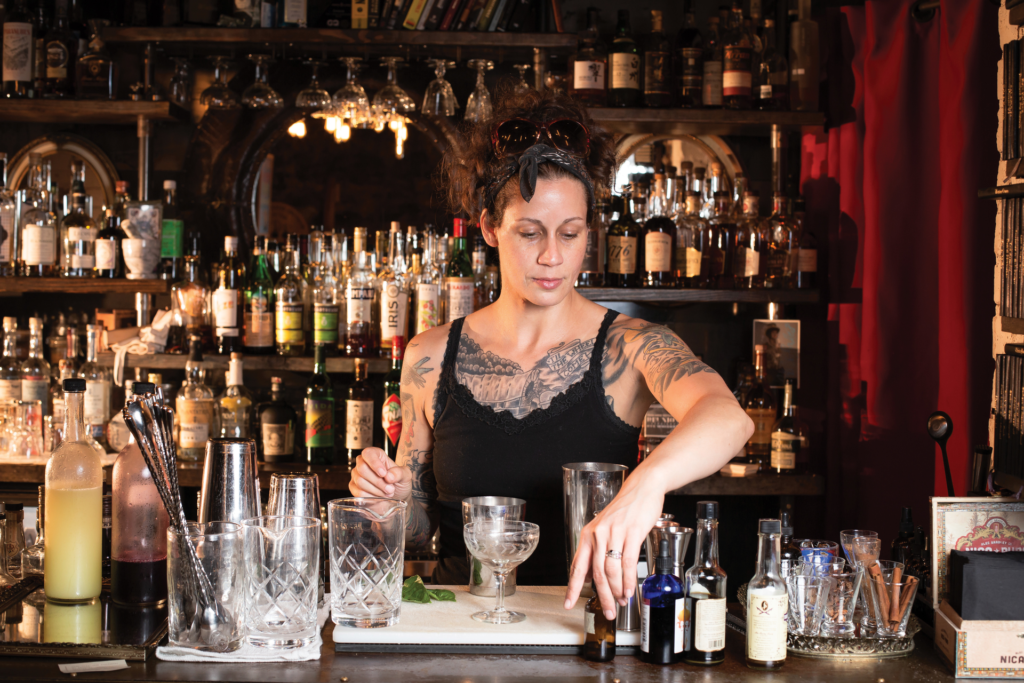 In the Crossroads, Jill Cockson, the celebrated entrepreneur and bartender behind the cocktail bars Swordfish Tom’s and Drastic Measures, will be opening Chartreuse Saloon at 1519 Cherry Street (just behind the Truman music venue), sometime in Spring. Chartreuse Saloon is described as a neighborhood bar that will also serve nachos. Count us in.

El Gold, conceived by chef Patrick Ryan (Port Fonda) will be serving up cocktails, beer and light fare at Hotel Kansas City downtown (1228 Baltimore Avenue). El Gold is also slated to open this Spring, but like every other operation in town, progress has been delayed significantly by COVID. 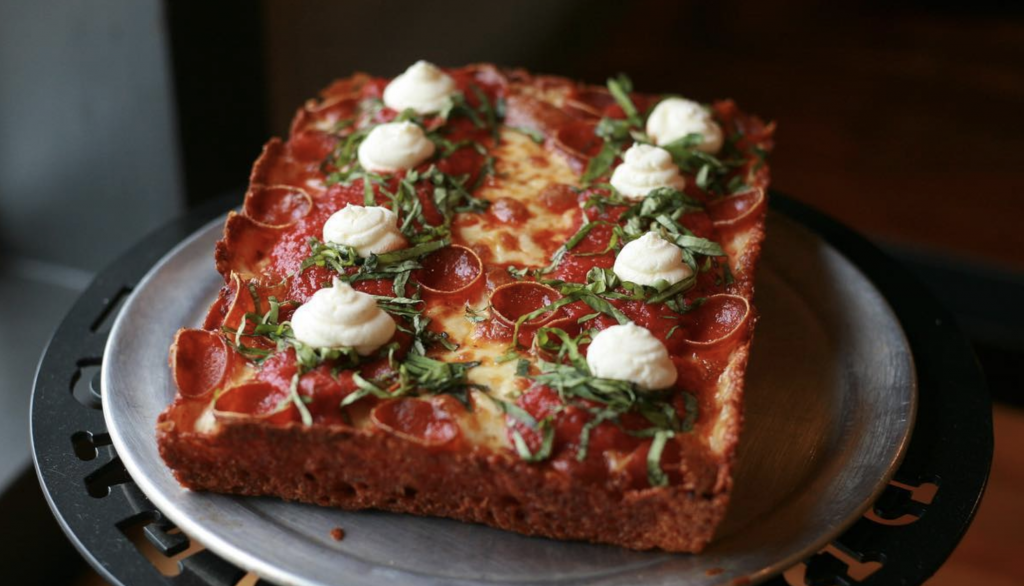 In Westport, new locations are in the works for Providence Pizzeria (415 Westport Road) and Kobi Q (435 Westport Road). The storefronts were formerly home to Papa Keno’s and Beer Kitchen, respectively. Across the street in the space that used to be home to the Foundry and then Sailor Jack’s Snack Shack, the Nashville-based Tin Roof plans to open its honky-tonk/restaurant concept. All are purported to open by Summer.

A few miles south in the former home of Nick & Jake’s on the Plaza (5031 Main Street), the Summit Restaurant Group (the stunningly successful local restaurant group that owns Summit Grill, Boru Asian Eatery, Pearl Tavern) is opening a second location for Third Street Social. The restaurant is a modern-casual eatery that is going to feel familiar both environment and food-wise if you’ve eaten at one of the Summit Grill locations, as they both offer a broad menu of scratch-made comfort foods with lots of cocktails, wine and beer. 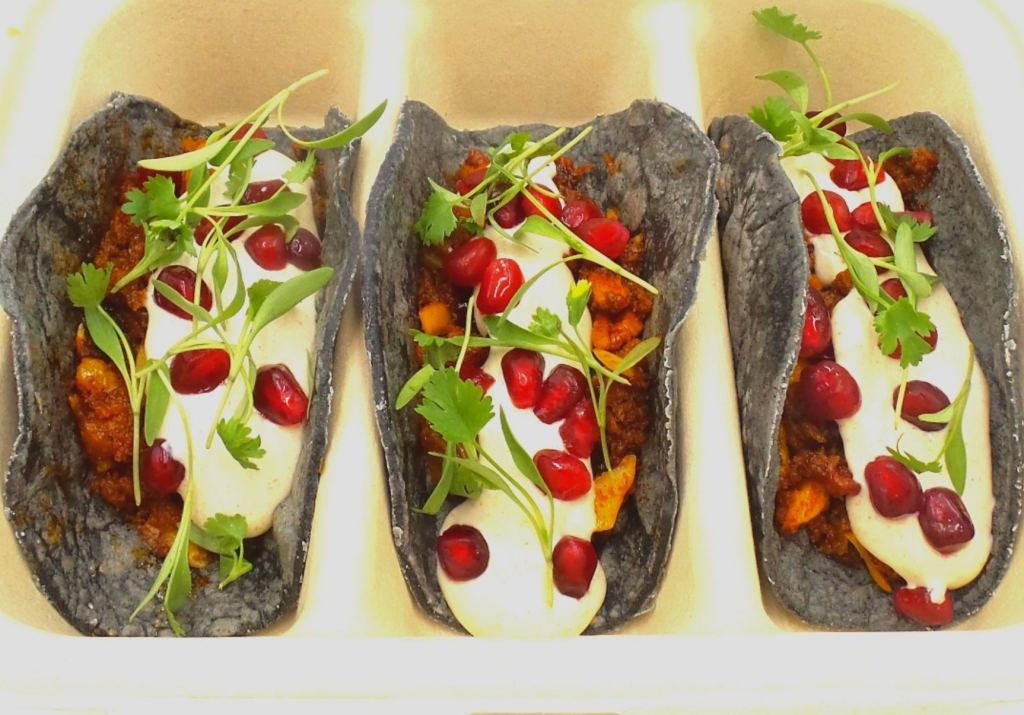 Taco Naco, helmed by chef Fernanda Reyes, will be opening its market and taqueria within weeks at 8220 Metcalf Avenue in downtown Overland Park. Taco Naco will serve up fresh, inventive street tacos and breakfast along with a selection of salsas, moles, and marinades. (Don’t sleep on those salsas—we are very excited about this one.)

Some other new local expansions are also coming to Johnson County, including a Bo Ling’s Express (the first fast-casual location for the local Chinese food chain) at 12070 West 75th Street in Merriam, as well as a sparkly new Chicken ‘n Pickle at 135th and Nall, and Stroud’s Express (a pickup/curbside/delivery-only location of the beloved local fried chicken chain) at 5405 Shawnee Mission Parkway.

In what should come as no surprise to absolutely anyone, the future of the Mission Gateway project, which was to house a big entertainment complex as well as a chef Tom Colicchio-helmed food hall, is in serious doubt. New York-based developer Tom Valenti is a massive turd who has strung the city of Mission along for the better part of two decades now, so it feels safe to say that we will not be expecting to see this any time soon, and most likely never.