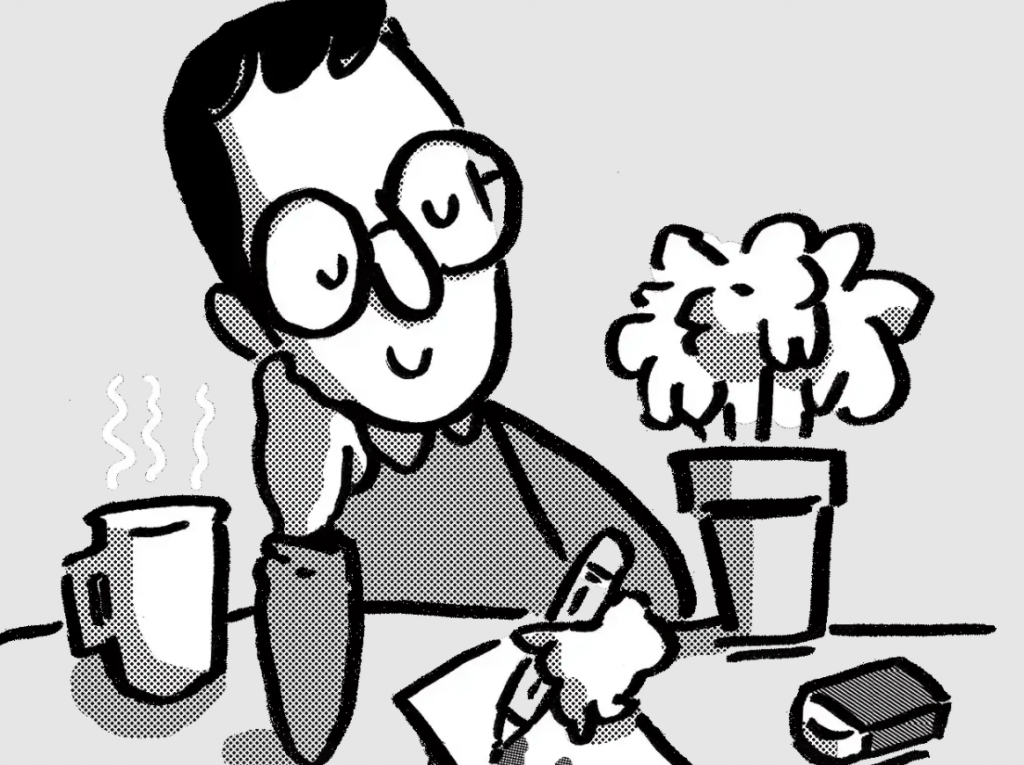 Philip Kennedy’s new book, The Bird: The Great Age of Avian Illustration, is a massive book. It’s the sort of thing which brings back memories of going to my grandparent’s house and pulling out their old National Geographic collections filled with maps and images, so big that I had to lay them down on the floor and hover above them. The Bird is a retrospective into the days of John James Audubon, Elizabeth Gould, and Edward during the 18th and 19th centuries—wherein new printing technology made it possible to reproduce the artists’ detailed and colorful illustrations for the world at large.

It’s a book equally fascinating to read as it is to gaze upon, thanks to Kennedy’s biographies of the illustrators, which put these images into historical context. The reader will discover the stories of those who made these pictures, while also looking at the leaps and bounds in scientific work which took place alongside them.

The Bird is out now from Laurence King. We hopped on Zoom with Philip Kennedy to speak with him about the journey of creating this richly-entertaining and informative tome. 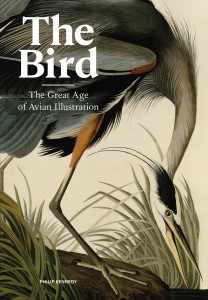 The Pitch: This is a massive book, not just in terms of its size, but also in terms of scope. When and how did this project begin?

Philip Kennedy: How it began was I just got an email out of the blue from the publisher and they said they had this idea for a book and they were curious to know if I was interested in working with them and putting it together. It came totally random. I’m based in Dublin. That’s where I live. But at the time when they emailed, I was on a trip in London and that’s where the publisher is based. And I thought, “Well, this is a nice thing to do and go visit a book publisher and get to see what that’s about.”

They explained that they were thinking of putting this book together and were really interested in the subject matter and they thought that maybe I might be a good fit for it. We just had a conversation. I think we were both very much on the same page as to the kind of book that we would both like to see in the world, so that felt really good and exciting and I guess then that led to this.

I think that what was really nice working on it was that there was a lot of trust on their part. They were just very happy to let me go off and figure out what type of book I’d like to make. I spent a bit of time just learning a load of stuff and exploring all these great illustrations and learning about birds and about ornithology and about science and those sorts of things.

You’re very learned in terms of the history of art and illustration, but I can’t imagine reading how much you had to learn in the ornithological field to be able to write The Bird. What was that research dive like for you?

That was the thing, initially, that was super intimidating for me, but I just kept reminding myself that of the conversation I had with the editor early on—trying to find a book that was really accessible to people. One where everyone would come along on this journey and just learn about all of these different things. As long as I was able to maintain that curiosity for myself, I was hopeful that that curiosity would work for the reader, as well. As long as I’m just sort of exploring the things that I find interesting, hopefully that would resonate with the reader. That was my approach to it.

When it came to doing the research process and piecing the whole thing together, I just pursued the things that I find more interesting. Fortunately, they paired me with a bird expert, as well, so there was an opportunity for them to fact-check things for me and make sure that all of that was accurate.

The subject matter of the book is really this wonderful time in history where art and science are the same thing for a brief moment. It’s all about that curiosity and searching for understanding the world. I was coming from more of the picture side of things, but then also was able to try and bring some of that science in there. I guess it’s all just curiosity at the core of it. 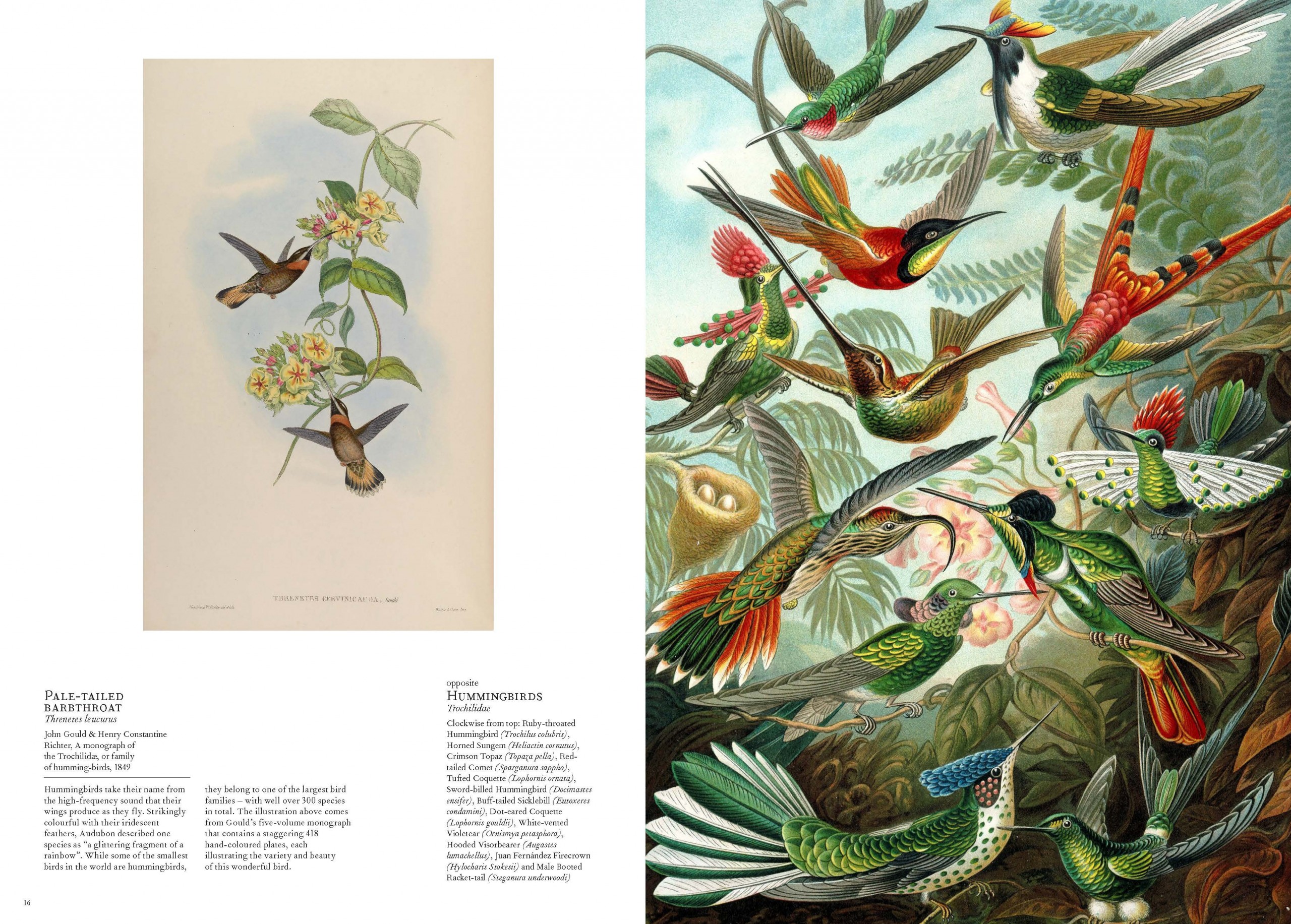 I almost got swept up in this idea of these people were just kinda–to excuse the pun–they were kind of winging it. They were figuring it out as they went along and that echoed my whole process to figure out how do you piece together all of this information? How do you put these books together?

They’re well-known for the books they make documenting all these different birds around the world. For me, the book is like that–it’s about like, “Let’s collect as many fascinating, interesting bird illustrations that we can do.”

My research methodology was to think about when somebody sits down with the book, what sort of birds do they think of? I drew up a big, long list of all of those and then just went through tons and tons and tons of books and made little albums and created a whole digital library for each of those particular birds and then just picked my favorites and then allowed that to dictate how the book is, and that’s my greatest hits of all my favorite bird illustrations from that era.

The book isn’t just a collection of pictures and ornithological details, although there is a lot of that. You have these small, one-page biographies of many of the major artists. It took me till I got to his biography to realize that, “Oh, it’s that Edward Lear?” Initially, I was like, “Oh, that’s interesting–there was an Edward Lear who was working as a bird illustrator and painter at the same time as the tongue twister writer,” and then it’s like, “Oh no, no, it’s the same guy.” I appreciate the sense of discovery that comes through all of this, in discovering new favorite artists and things I didn’t know in people I already admired.

Oh, that’s wonderful to hear. And a huge part of Edward Lear is just that he seems like such an interesting character. His contribution is so big and he did it in such a short space of time–in the world of ornithology–and then just lived a whole other life after that. All the other characters dedicate their lives to the natural sciences or specifically ornithology. Then you have somebody like Edward Lear, who seems like this total anomaly who, from a young age, was super successful and really talented.

He created these incredible images and probably spent like 10 years working within that field and then was happy enough to just give it all up. I think he traveled off to Italy and went on his grand tour and then started creating limericks and writing all of those sorts of things. He’s certainly somebody who I think is a really interesting character, but that’s what I found doing the research as well. Every person whose work is featured in there has a really interesting story, but there are all these great little anecdotes or perspectives that you can take from their lives. 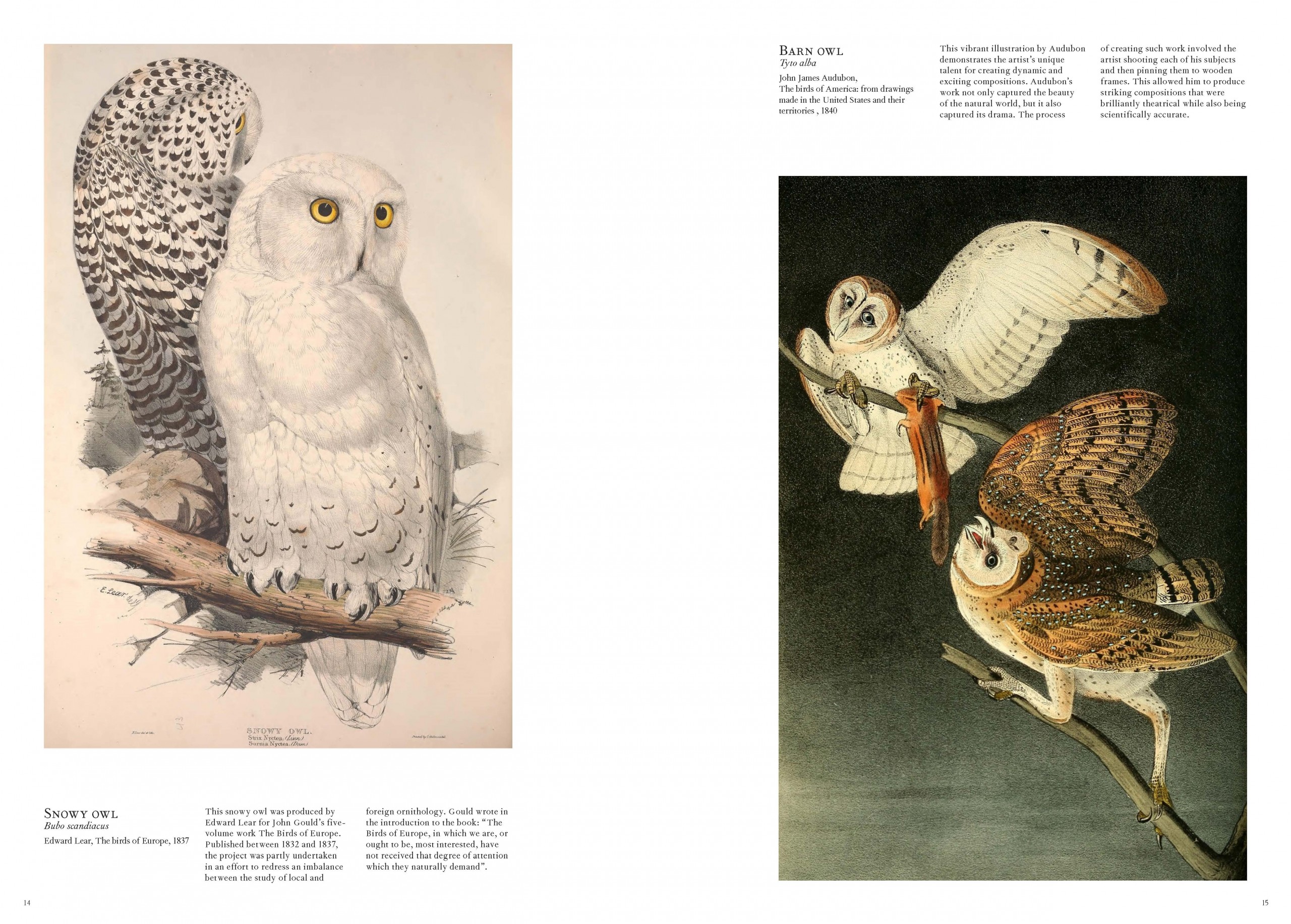 In addition to these folks devoting their lives to doing this, you have so many of these stories of these books where there’s this coda of “Their friends finished the book.”

It’s a very close-knit group of people. They’re all just sharing even the specimens of the different birds, where this drawing in this book is the same bird from somebody’s collection.

In the course of your research, did you take any trips? Were you able to see any of these specimens that are still extant on their own as well?

Sadly not. With what was going on with lockdown and all that, I didn’t really have a huge amount of time to travel or see anything. E seeing actual physical prints was the thing that I didn’t have a huge opportunity to do. Just last week though, I went to an exhibition here in Dublin and it was my very first time to see a specific print in the flesh, and it felt really wonderful–I’ve spent so much time working digitally, it felt very satisfying to finally encounter these as physical things.

Philip Kennedy’s The Bird: The Great Age of Avian Illustration is out now from Laurence King.