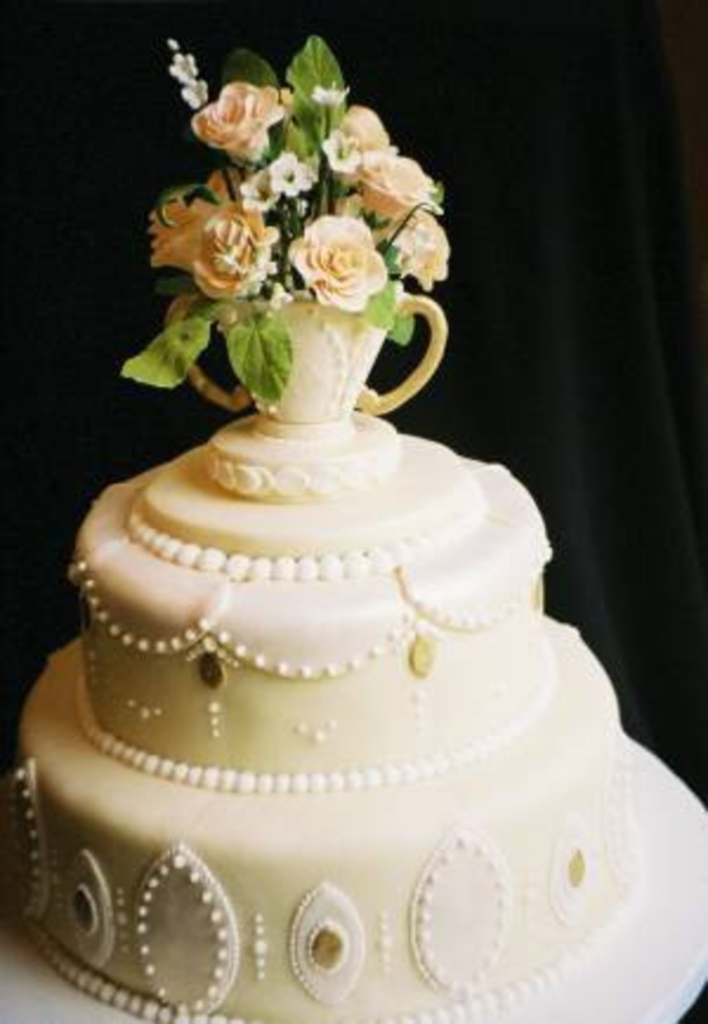 ​Last year, KMBC-Channel 9 reporter Dion Lim risked life and limb to participate in the “Running of the Brides” sale at Filene’s in Boston. This week she’ll risk her diet by discussing cakes with professional baker Diane Mora.

Mora won’t reveal exactly what she’ll be preparing for Lim when she appears on Thursday’s FirstNews broadcast, but it’s a safe bet that it’ll have something to do with weddings.

Mora, an award-winning chef and graduate of the Culinary Arts Program at Johnson County Community College, used to be known as Diane Dougherty before she divorced her husband and sold her catering company, Feasts of Fancy, to Andy and Kathleen Jacot in 2001. Taking back her maiden name, Mora returned to college to earn a degree in business management and, later, a masters degree in liberal studies with an emphasis on social justice and philosophy. She began a new business, creating custom-designed cakes, in 2003.

Mora will also be appearing (with designer cookies and cupcakes) this Friday, February 5, at Birdie’s in the Crossroads for that night’s First Friday festivities.