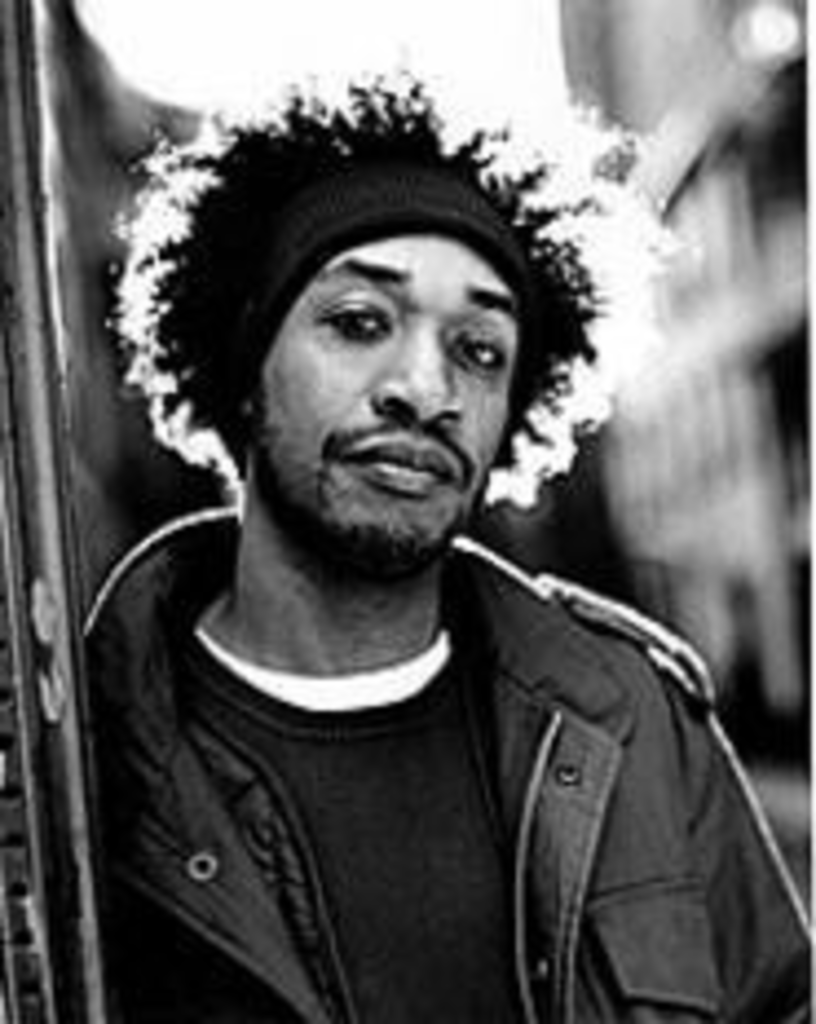 The amusing laundry list of hip-hop fantasies and clichés goes on for more than a minute, but for all this character’s questioning, Paul, the sixteen-year industry veteran, seemingly has no clue how to answer. He’s not really in the game anymore, either.

“I try to be respectful. Everybody has a dream,” Paul says from his home in Islip, New York. “But I’m having a hard time as well. It’s not like I’m part of the Roc-a-Fella camp and I can put up a whole lot of money. It’s hard for me to invest in them.”

It’s especially hard for Paul now, at a time when the major labels are ever less responsive to their artists. Born Paul Huston, the legendary 36-year-old producer made his mark with old-school jazz samplers Stetsasonic and was the crafter of De La Soul’s psychedelic classic 3 Feet High and Rising. He is widely credited with expanding the sampling palette of hip-hop to include disco, roller-park funk and all things nonself-important. He’s also generally credited with making the between-song skit crucial to a record. But like a lot of creative types, he’s suffered in an industry increasingly focused on the bottom line.

Paul made Politics of the Business in 2001, finishing it right before his longtime label, Tommy Boy Records, raised a financial white flag and retreated from hip-hop, leaving Paul in the lurch. His previous record, 1999’s A Prince Among Thieves, had been universally lauded by critics for its daring structure. The album, to borrow Paul’s term, is a “hip-hopera”; the story of two friends whose dream of hip-hop success is corrupted by a drug deal gone bad is tied together by hilarious skits, cameos by Big Daddy Kane, Everlast and Kool Keith, and weird, diverse beats. The album showed Paul at the top of his game as a hip-hop intellectual and as a musician. But the record sold a disappointing 100,000 copies. That, Paul says, made him a liability.

“I approached Tommy Boy after I released A Prince Among Thieves and said, ‘Where’s the love? Can I get a video? Can I get a T-shirt?'” he says. “They said, ‘You need to put more singles on your albums. It’s too artsy. It’s for the backpacker kids.’ I said, ‘Yo, I thought you told me to do what I wanted to do.'” Paul recycles that conversation in Politics‘ opening skit with over-the-top comedian David Chappelle playing the exec.

Frustrated, Paul immediately set out to make Politics, which is irony personified — an album of songs plastered with gripes against the perceived shallowness of the music business marked by beats that sound exactly like the work of Dr. Dre, the Neptunes and other favored hitmakers. “So What?,” with its laid-back guitar, acid-tinged keyboard effects and use of melody, is classic Dr. Dre G-Funk, so much so that Paul ought to consider paying Dre a royalty. Paul can do that shit, too, and in this case, he can do it much better. What’s he got to do to get in the game? Another track, “Beautifully Absurd,” goofs beautifully on overwrought hip-hop soul, with help from singer W. Ellington Felton.

“It comes from hurt, man,” Paul says of his motivation. “Practically every record I’ve ever done came from hurt. At some point, somebody hurt my feelings. A lot of times, I won’t chew you out or curse you out, but I’ll make a record about it.”

To Paul’s twisted delight, Tommy Boy liked Politics. But the label’s struggles changed Paul’s revenge script — the album wasn’t released until earlier this month on the independent Razor & Tie Records. “So I guess the joke is on me,” he says, laughing.

In more ways than one: More than a few of the hip-hop enthusiasts, critics and activist types who normally dig Paul’s music have struggled to grasp the new album. They hear the commercial beats and see Paul’s joking comments in interviews calling the album’s sound “millennium jiggy,” and believe either that he’s lost a step or that he’s just sold out. Rolling Stone gave the album only a three-star review, taking it literally.

“Irony has definitely been lost,” says the perpetually sarcastic Paul. “I’ll be the first one to admit it. Sometimes, I give people more credit than they deserve because I think they’re gonna get it. We’re in the age of CDs, and people skip through stuff. When the album was done, I smacked myself in the head and said, ‘You idiot!'”

To compensate, Paul drafted lengthy liner notes explaining his frustrations and what he’s trying to convey with all that seemingly wack music on Politics. Listen to the record, however, and it’s not too hard to discern its themes. The title song is especially incendiary. As Paul cooks up a menacing gangsta beat, Chuck D and Ice-T take turns bitching — not rapping, just bitching.

“In everybody’s video, you’re gonna see sex, you’re gonna see someone throw some money or somebody acting like they’ll shoot you. There ain’t much in between,” Ice-T offers. Pretty much describes his own videos back in the day, actually. Hey, more irony!

Paul says singling out the old, bitter guys was not his intention, though. The clips of the two old-schoolers come from a larger one-hour interview with both (someday, Paul says, he may release those tapes, or at least just play them for friends at parties), and he merely took the bits that supported his point — that hip-hop is as bankrupt as it’s ever been.

“All these records the majors are putting out now aren’t really rap records,” he says. “They’re designed to be pop records. Everything’s so limited now, and to me, that makes it look a little bleak. It’s a sad thing. I used to listen to stuff on the radio and be inspired.” Now, Paul says, he has to derive his ideas from abstractions, from the idea of big female butts instead of a wild funk guitar lick from 1971.

“A lot of kids now, they don’t even rhyme yet, and the first thing they wanna do is make a record,” he says. With digital recorders now as cheap as $200, and with so much media exposure for pop-rap hits, it leads to a flood of carbon copies.

From here, Paul says he’ll act more like the Prince Paul the “artsy crowd,” as he calls it, expects and less like a curmudgeonly hip-hop uncle. He’s busy working with Dan the Automator on a follow-up to their dazzling 1999 record as Handsome Boy Modeling School, So … How’s Your Girl? And, he says, he’s brewing up another concept album, though he won’t divulge his ideas yet.

For now, he says he’s happy to have gotten out of his system the anger toward the modern-day hip-hop game that’s left him staggered.

“This is a record that I had to make. It was killing me,” Paul says. “I didn’t want to be on my deathbed in my eighties and say, ‘I should have made Politics.'”