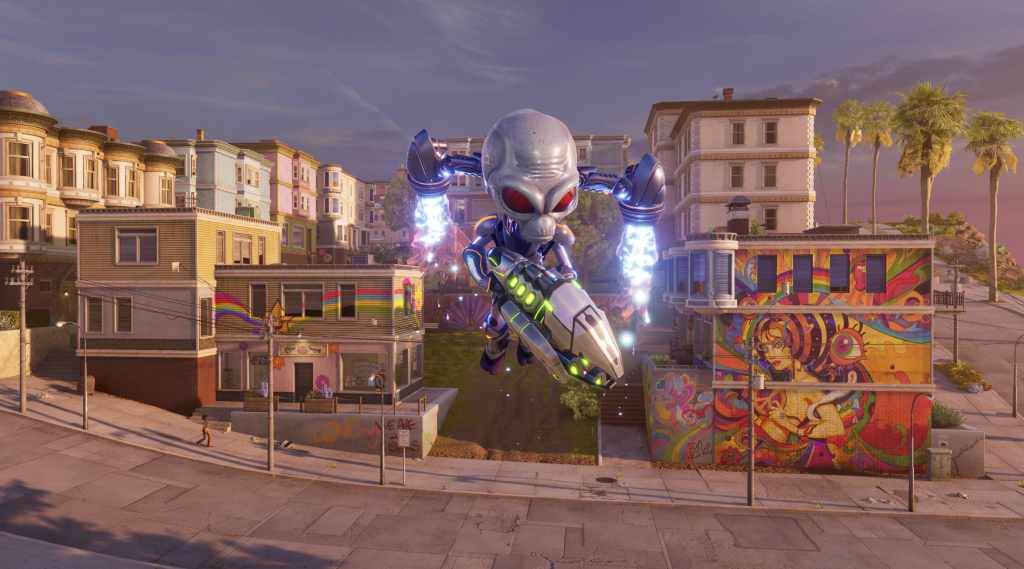 Some art ages like a fine wine. Other art ages like a warm Miller Lite, left open in the garage for an entire summer, forgotten and unattended back behind the leafblower. Often, my favorite units of entertainment can best be imagined as a gentle blend of the two—a fine California red served with a Dr. Pepper floater. In that way, there’s little else that could satisfy my need for “middle brow” quite like Destroy All Humans! 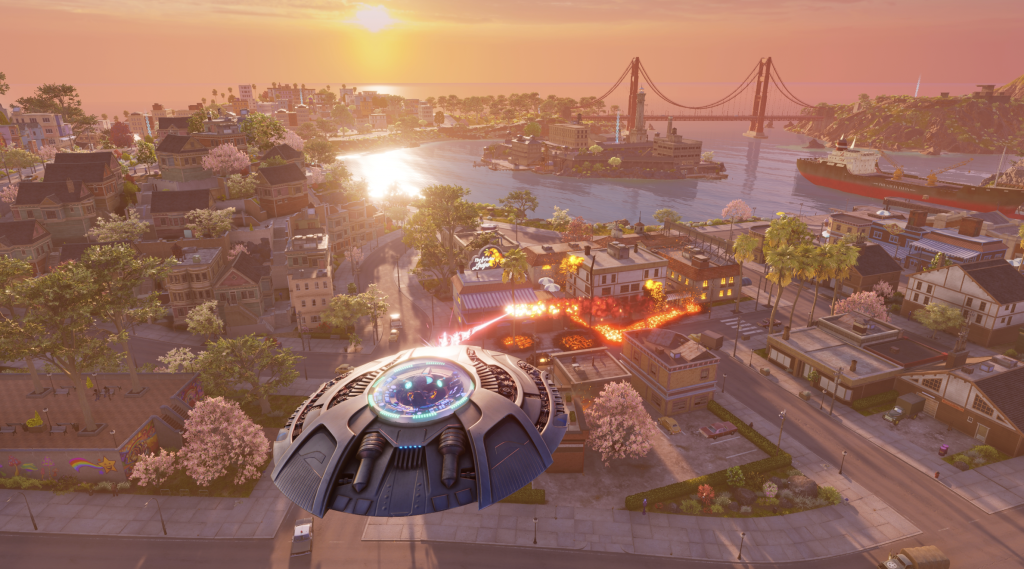 Each title in the series is set in a different 20th century decade, allowing the sass-mouthed proto-antagonist to skewer cultures, celebrities, movements, fashion, and major events. The constant bombardment of quippy one-liners and tentpole setpieces is what sets DAH! apart from other open-world playgrounds of destruction from the PS2-era. Well, that and a gun that makes heads explode. That’s pretty singular.

THQ Nordic has been on a recent kick of remasting the original game for modern consoles, continuing THQ’s longstanding trend of revamping and revitalizing semi-modern semi-classics. This month saw Destroy All Humans! 2 – Reproded get a face lift—one vastly superior to the source material and THQ’s recent remaster of the first DAH! title. Alongside improved controls, the visual retouch on this one make for some gorgeous visuals that could trick players into thinking this was a 2022 original—save for how said imagery is tied to the sort of throwback gameplay loops that really betray the decade of origin.

In the second installment of the series, Crypto the alien invader returns, groovier than ever and now with genitals! You can experience the swinging ‘60s in all its chemical-induced glory and take revenge on the KGB for blowing up your mothership. As you uncover the schemes of your enemies, you’ll have to form alliances with members of the very species you came to enslave. Black Forest Games and THQ do a great job of breathing life into these human side characters, and into the detail around the sprawling cities based on London, S.F., and other worlds. Unfortunately, the fun of the content has aged poorly.

While stereotypes about hippies and British people are relatively inoffensive, the sexism and racism beyond this—especially on the Japanese map where clearly white voice actors are doing offensive accents for offensive lines—the crudeness that at one point would have been perhaps borderline-edge is no longer beyond the pale as much as it is… lazy? For a fan of the series when I was in my formative years, the laserbeams are still fun, but I found myself mashing the “skip” button on everything else.

A great use of a mindless few hours, Destroy All Humans! 2 – Reprobed is a remaster that captures the spirit of the original, but perhaps could’ve done so a little less. 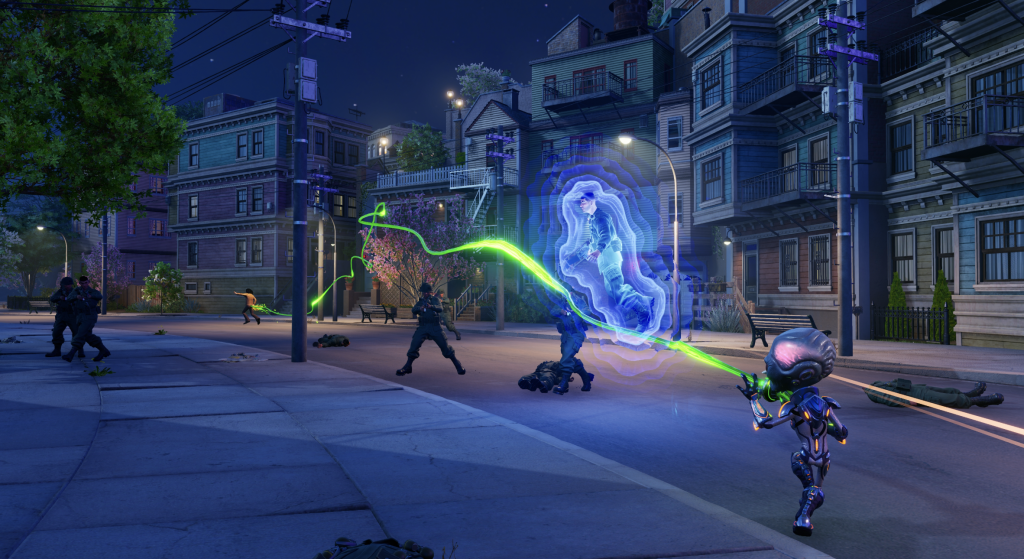