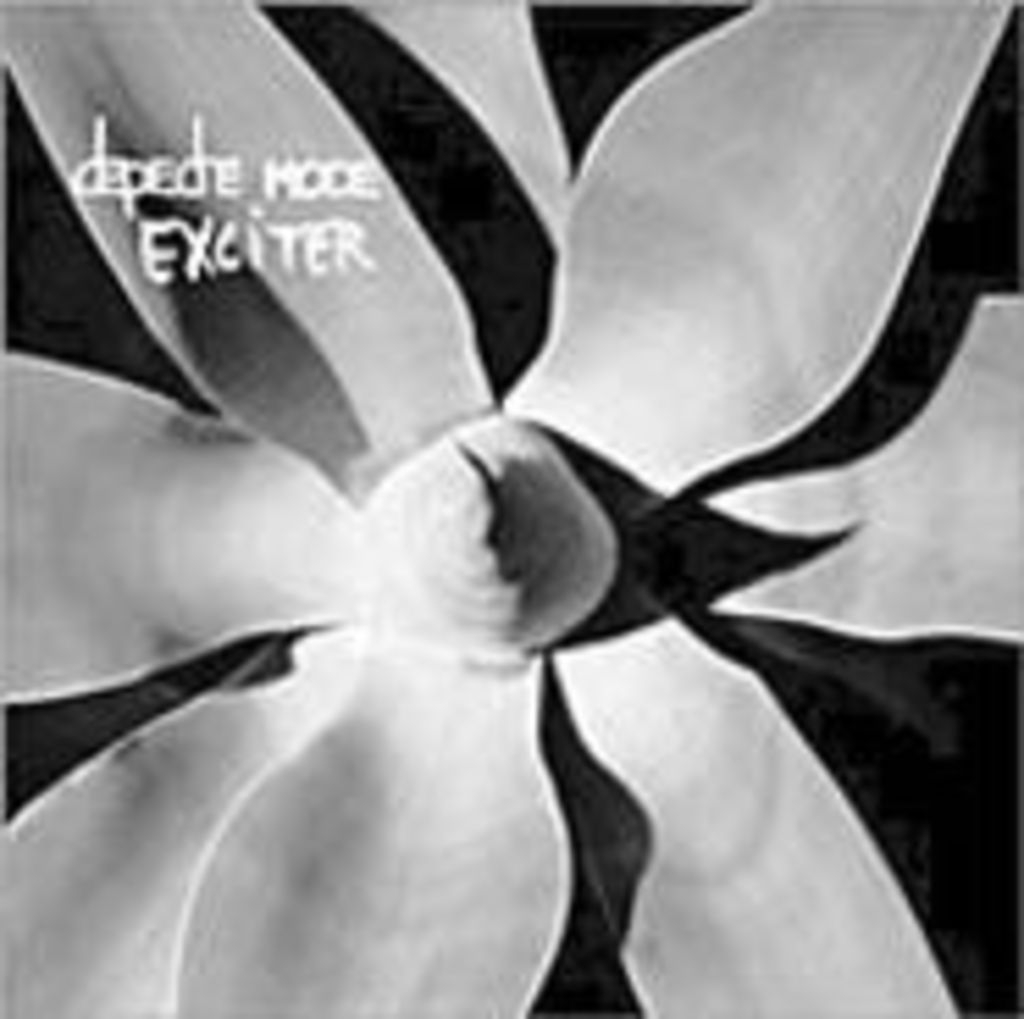 For a recovering suicidal drug addict, Depeche Mode’s lead vocalist, Dave Gahan, sounds positively lively on Exciter, the band’s tenth studio album in twenty years. Yet judging by his lyrics, he still can’t seem to shake the diseases that drove him to the brink of madness nearly five years ago, which is probably a testament to the type of songwriting fellow Mode member Martin L. Gore’s bleak, somber, grim and grimy backdrops inspire.

Not that Depeche Mode’s fans would have it any other way. On Exciter, the group again finds itself in a dreamy world of melancholy, yearning for the pleasures of the flesh and exploring the darkest aspects of its shadowy, stark outlook on life. It’s a lush blend of urban renewal blues and eerie, eclectic electronica, polished nicely by Björk helmsman Mark Bell, who drapes the band’s tunes with synth squiggles and taut Teutonic minimalism.

Most of Exciter‘s tracks are distinctly downtempo numbers, including the single “Dream On” and the chilling string-soaked “When the Body Speaks.” In the midst of these morose selections, the relatively upbeat industrialized “The Dead of Night” and the reflective, beautiful album-closing ballad, “Goodnight Lovers,” provide a sweet, sentimental breath of fresh air. And gloomy as most of its tracks might be, Exciter marks the group’s triumphant return to form, making the album’s title quite appropriate.