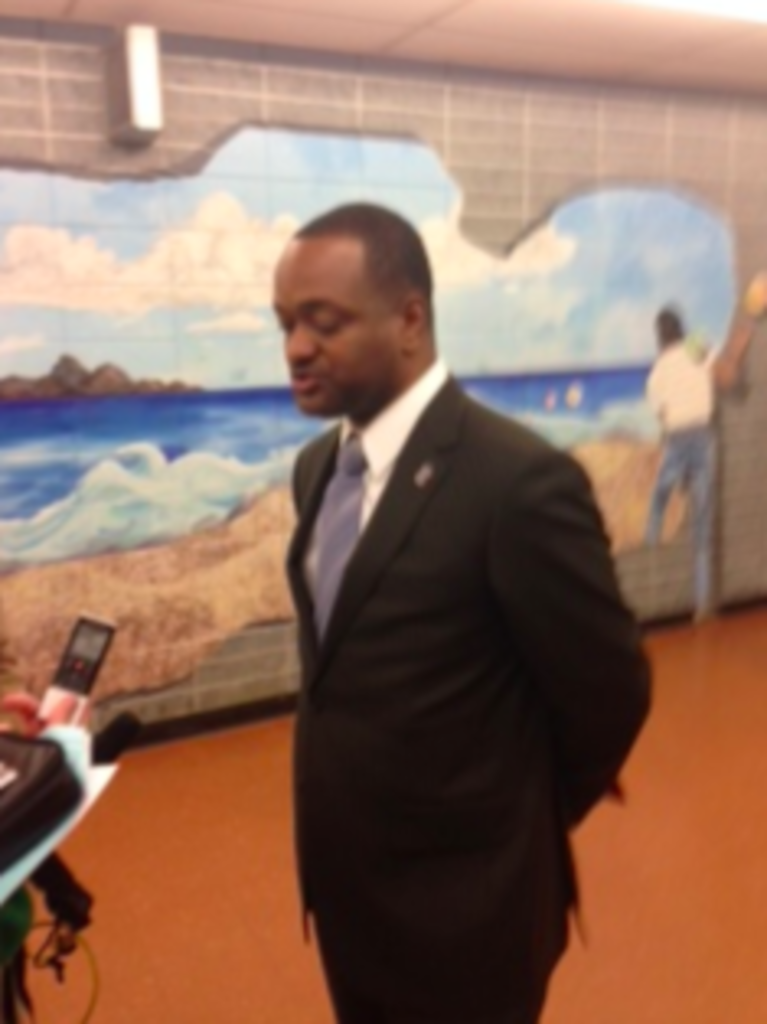 A divided Hickman Mills School Board approved a contract extension for superintendent Dennis Carpenter on March 27.

The one-year extension to Carpenter’s current three-year contract was approved by four members of the seven-member school board. Bonnaye Mims, Dan Osman, Shawn Kirkwood and board president Eric Lowe voted in favor of the extension following discussion in a closed meeting. Darrell Curls voted against the extension, while Breman Anderson and Byron Townsend abstained.

Carpenter was hired about a year ago while Anderson was the board president. The board gave a no-bid contract to Gallagher Benefits Services in 2012 to find a replacement for longtime superintendent Marjorie Williams.

The Gallagher contract was originally $30,000, but somehow increased to $36,490, which is twice the amount that the Missouri School Board Association would have charged to do the same work. Gallagher fetched a meek slate of candidates, according to current board president Eric Lowe, speaking to the Jackson County Advocate in a March 6 article.

“Almost none of the board candidates we saw had any superintendent experience,” Lowe told the Advocate. “I did question whether we had a legitimate crop of people.”

The board did like Carpenter’s credentials and his interview, however, and hired him from his previous position as deputy superintendent of the Newton County School District in Georgia, about 35 miles from Atlanta.

Carpenter is trying to lead the district in a new direction, away from its provisional accreditation.

Anderson has said that the Gallagher contract produced a strong superintendent in Carpenter, yet abstained from approving his contract extension.

That Gallagher contract was one of several no-bid awards criticized in a report by Missouri Auditor Tom Schweich released on March 4. A week before, The Pitch published a story about some of the financial irregularities within the district and some of the ties that outside vendors receiving no-bid contracts had to political club Freedom Inc. Freedom Inc. has a long history of involvement in Kansas City, Missouri, Public Schools, but only last year did it begin endorsing candidates for the Hickman Mills School District.

The audit also criticized Anderson for trying to stonewall the audit by refusing to release copies of some of those contracts to auditors, leading to the state issuing subpoenas to receive them. Anderson was also taken to task for going on district-paid trips for school-board seminars in San Diego and Boston but attending few of the sessions.

Many of the issues outlined in the audit happened before Carpenter was hired.

Anderson, along with Mims and Osman, are up for election April 8.