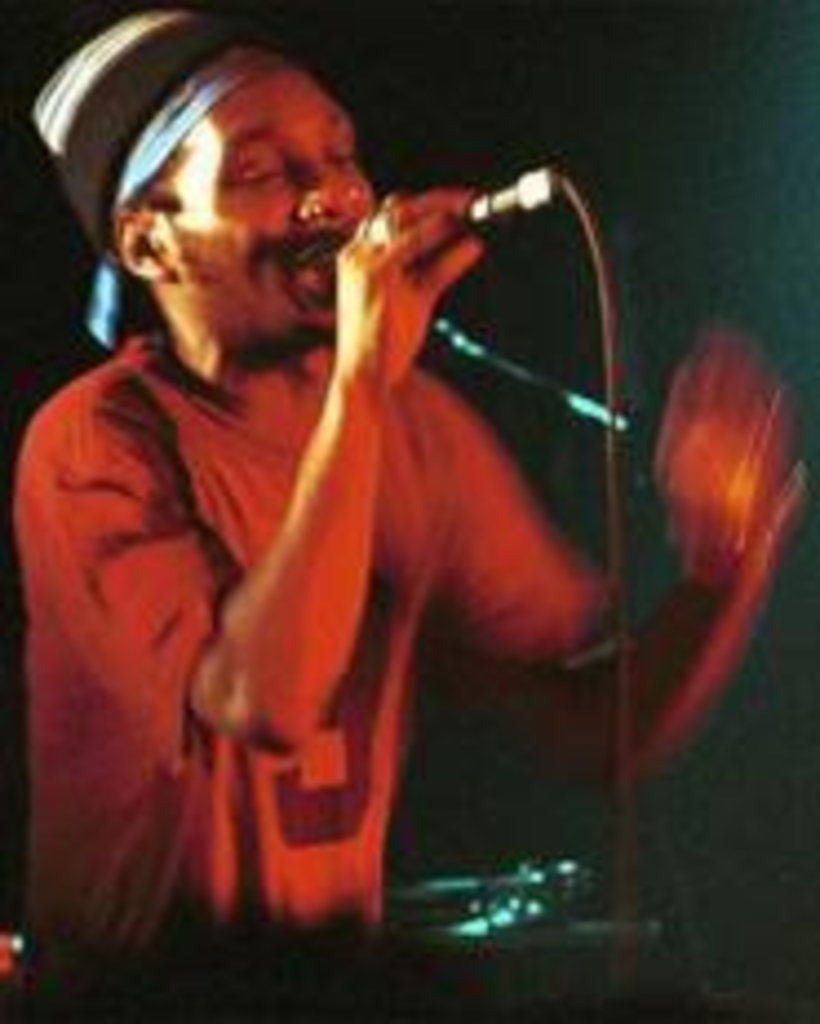 To the disappointment of many, San Francisco’s Blackalicious was unable to deliver its Brand New Heavy grooves to the anxious Lawrence crowd on Wednesday night. One of its members suffered a severe ear infection, and being in the vicinity of speakers that expel tooth-shaking bass isn’t a doctor-approved part of the recovery process. To the delight of those who stuck around, Del the Funky Homosapien and Encore delivered performances that were still well worth the $15.

As has become the norm when rap acts roll through town, some local yokels got to take the spotlight for a few minutes and warm up the crowd. This used to be commonplace in the rock world, and it still is to a degree, but their love doesn’t extend to the lower castes like it does in hip-hop, where even the Wu-Tang Clan will have DVS Mindz opening for them in about a month. Nevertheless, the usual suspects (MC Mac Lethal, M.A.R.S. Face and Seven-Fold Symphony) opened got the party started, and each act continues to show improvement.

M.A.R.S. Face insists on bearing the cross of the local rap troupe that’s not afraid to drop a ballad, but let’s face it, “I Need Love” is still the standard in this category, and I would have to stifle yawns if I saw LL singing it. Besides that, the group’s set is always energetic, and both MCs show some skills when it comes time to freestyle.

Seven Fold Symphony immediately conjures up images of The Roots with its funkdafied take on live instruments and hip-hop. In reality, the group is more like local legends the Jesse Jackson 5, with higher caliber rappers and less-skilled musicians. The former usually more than compensates for the latter, due in part to the intelligent and socially conscious lyrics that “don’t gang bang,” but the sloppy transitions that peppered the set were almost as unforgettable.

Before Encore could take the stage, merchandise vendor/ skateboarder/ rapper Boupcoup 1 took the stage for a brief set with MC KU from Del’s tribe. Armed with only a DAT, he managed to get the crowd hyped for a group that had the unenviable role of playing in Blackalicious’ spot. Encore made fans forget about those (physically) ill rappers with an inspired set that managed to intensify the atmosphere in this clothing-optional sauna. The three MCs in Encore caught each other’s dropped rhymes right on the beat, which, along with the gouges in their records, showed both the bond and the wear and tear of months together on the road. The four-man crew wasn’t as worn as its wax, turning in a set that revitalized a crowd already reeling from four hours of hip-hop. To that end, the group doused the crowd with bottled water on its most well-known track (“Waterworld,” from Handsome Boy Modeling School’s album), leaving the packed house soaked and psyched for Del.

You never know what to expect out of an eccentric and largely reclusive artist such as Del, whose story has already made him into rap’s Brian Wilson, and expectations were further tempered when the funky Homo sapiens announced a few songs into the set that he had a touch of food poisoning. But by then it was like Michael Jordan “playing with the flu,” because you knew he was going to turn in an unforgettable performance. Del’s live show, with his simple rhyme time and effortless lyrical flow, proves why the man was considered the future of rap in 1993, but the content of his songs, both old and new, shows why he deserves his eccentric reputation. Interestingly, in the rap game, the more absurd the topics of your songs are (like Del’s homage to video games), the more oddball and kitschy you are considered, but the more violent, sexual, and misogynistic you are, the more you are embraced as a torchbearer of the genre. To many, Del the Funky Homosapien will never be as significant as his cousin, Ice Cube, but like the Sugar Hill Gang, he will still be embraced decades after his departure from the scene by hip-hop heads who appreciate his fun-loving, if at times awkward, rhymes.