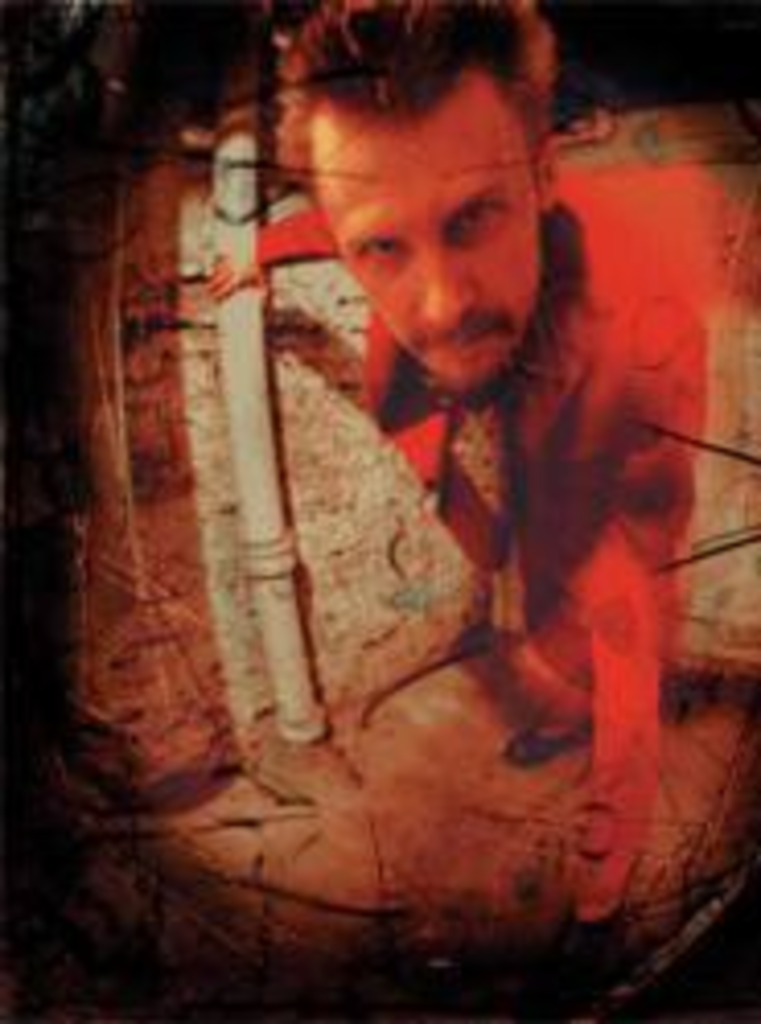 Scott Wexton, better known these days as the Voodoo Organist, wears a red suit onstage, growls bluesy and demonic lyrics that have landed his songs on zombie-movie soundtracks, and plays a Theremin as he churns out soul-stealing organ chords. He’s a parallel-universe cross between Tom Waits and the Cramps. We caught up with Wexton recently and gained some insight into his music, which he irreverently calls “satanic gospel.”

Your music is thematically conceptual, and your show relies heavily on theatrics, similar to Alien Sex Fiend and Captured by Robots. How was the Voodoo Organist born?

I moved around the country and ended up settling in Los Angeles and was trying to put together a band here. Typical band stuff, you know. You lose one guy, lose another guy, get down to a two-piece. At that point, I was over trying to build another band. So when it was just me and the drummer, I was like, fuck it, I’m just going to put together a solo act. So I just kind of developed a solo act out of necessity.

But where did the idea of the Voodoo Organist come from?

The themes that come out of me have been developed out of a lifetime. I’ve always had a kind of fun-loving, dark nature to myself. When I was in kindergarten, my class went to the zoo. We all got in the concession line, and I was the one who really wanted this toy rubber skeleton. I was born and raised Catholic, and that had a lot to do with who I became. I totally went against the Church as I got older, realized how much bullshit it all was. Now I’m against all forms of religion. You know, I talk about the devil a lot, but it’s a lot of metaphor. The devil is drinking and sex, drugs and rock and roll.

So talk about the Theremin. You don’t see that used too often.

I’m seeing it more now than I saw it five or 10 years ago. The Theremin’s the first electronic instrument ever made. It was designed in the ’20s and is mostly known for its use in horror movies. Biggest hit that had it was on “Good Vibrations” by the Beach Boys. It’s an instrument you play without touching it. The right hand controls the pitch, and the left hand controls the volume. It’s all about proximity — the closer you get to it, the higher the pitch kind of thing.

Have you ever run into religious nutjobs who take what you’re doing a little too literally?

In the 500 or so shows I’ve done in the last three years, only once or twice have I pissed off a really crazy Christian. Nothing to the point of someone throwing bottles or anything like that, but I did have this one lady in South Lake Tahoe come to the front of the stage. She’s waving her finger at me, like tsk, tsk, tsk. All through the song, she’s saying, “Why you doing that?” I said, “What?” And she said, “Why you making fun of God?”

How many times a week do you get asked if you dabble in the occult or worship Satan?