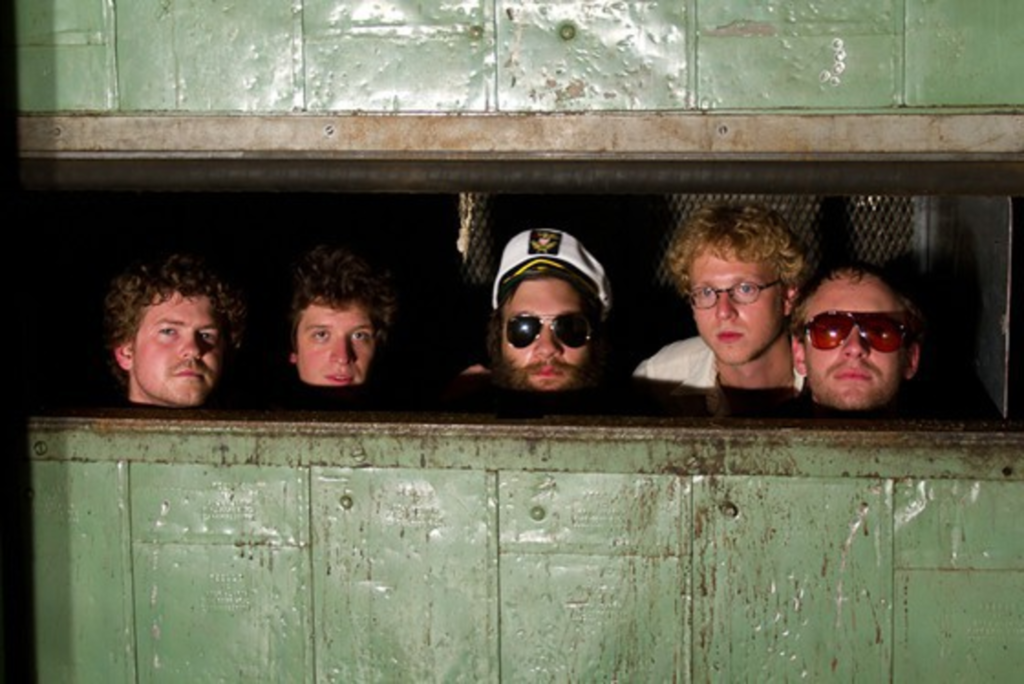 Stumbling in the footsteps of legendary booze-hound acts like the Replacements and Guided By Voices, Providence quintet Deer Tick professes its love for alcohol pretty much every chance it gets. But judging from Deer Tick’s work – most recently, the 2011 full-length Divine Providence and the new EP Tim, which contains leftover songs from the same sessions – the social aspect of drinking matters to the band as much as the buzz. Deer Tick’s rollicking live show arguably does for the bar, pub and tavern what gospel music has done for the church. Bandleader John McCauley spoke to The Pitch by phone while on a van ride with his compatriots in late April, just as their 2012 presidential campaign-themed road trip was getting under way. Local residents can expect the band to arrive at the Granada in Lawrence tonight, May 15, with a supply of Deer Tick 2012 yard signs in tow. As if to underscore the profundity of his band’s message to the people, McCauley opened our discussion by urinating into a water bottle.