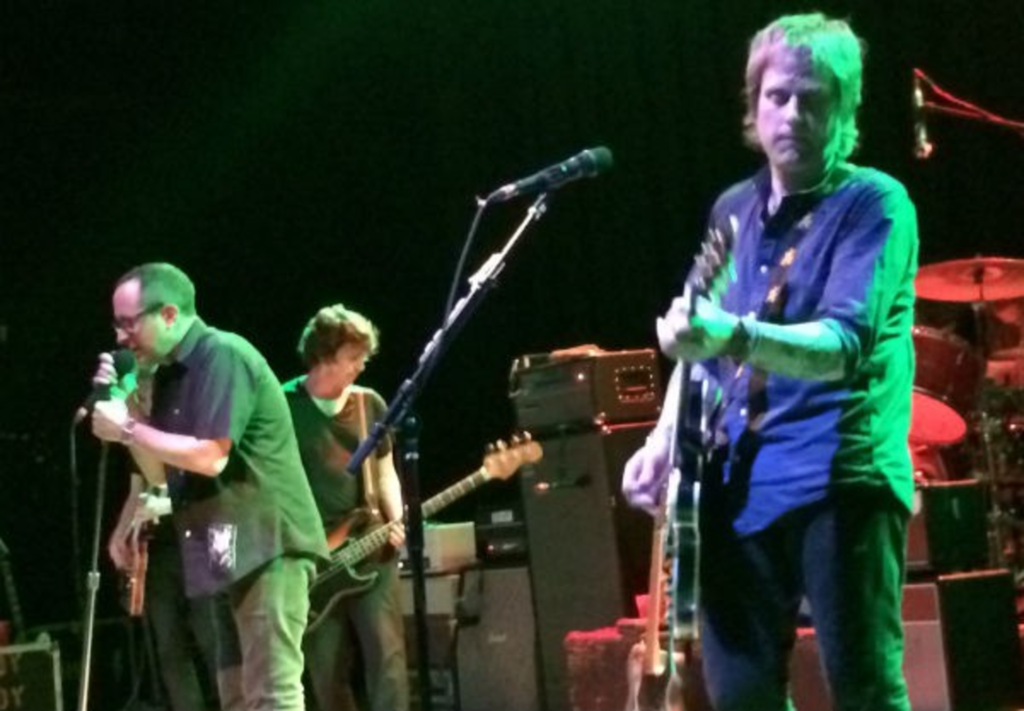 The audience at the Granada last night came for a performance, but the double-act of Deer Tick and the Hold Steady never felt like one. From the beginning, Deer Tick was good – the genuine, wholehearted kind of good that hits its stride six songs into a set, when the band and the venue have warmed up to each other and figured the other out. The good spills out over an approaching-capacity crowd of late 20-somethings and early 30-somethings (the kind that drink Free State in public and PBR at home). The music was scraggly and honest, and what more can you ask for from a scraggly and honest blues-rock ensemble?

From the tipsy lead John McCauley, halfway through: “I’ll be right back, I have to go to the bathroom.” Drummer Dennis Ryan shrugged sheepishly. The band kept playing. Seamless, no breaks. 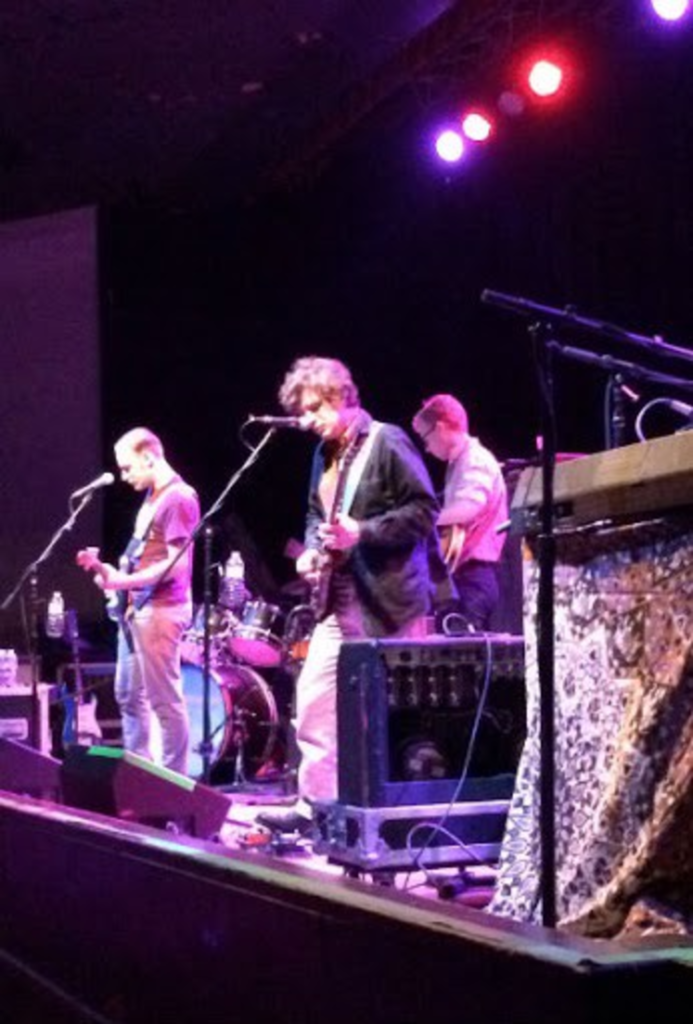 It was indicative of the performance: The members multitask. How often do you see drummers sing, and sing like Ryan on “Clownin’ Around,” plaintive and hang-dog but not off-putting? And then McCauley, newly the husband of Vanessa Carlton, returns to sing “Rocket in My Pocket,” which is about exactly what it sounds like.

As the last chords faded, McCauley said, in his throaty rasp: “I only got a few songs left. Hopefully I can make it through without having to leave you guys because… of the rocket.” 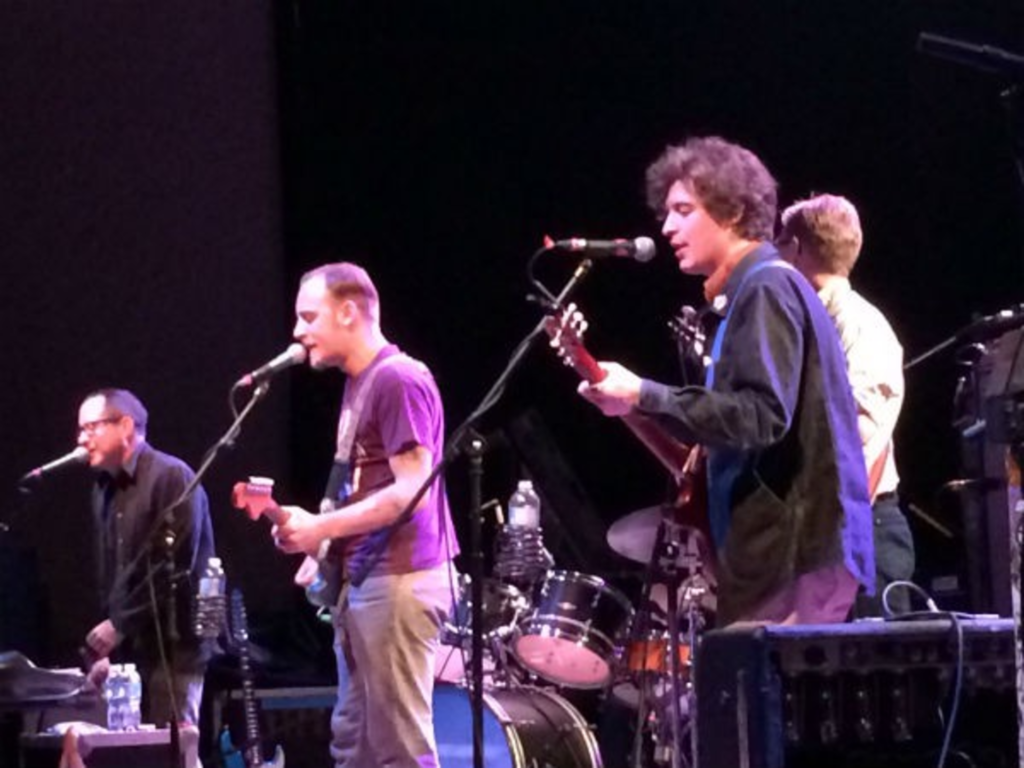 Gloriously, Hold Steady lead singer Craig Finn appeared after “Ashamed” at stage right, hanging out on the fringes, letting Deer Tick do its thing – and ready to usher in his. At 42, he looks a bit like a college professor – the cool one in his black suit jacket and black frames, the charismatic lecturer who grabs a beer with you after class. On this 12th night of playing together, the two bands are still appreciating each other; Finn even stepped in to share a song with McCauley.

And then there is fun. Honest-to-God fun that spills out from Finn during his opener, “I Hope This Whole Thing Didn’t Frighten You,” off the Hold Steady’s eighth album, Teeth Dreams, released March 25. His movements are jerky with pent-up energy, urging the well-behaved crowd on and in to the show. And the set flies by – no breaks, just on to the next one. 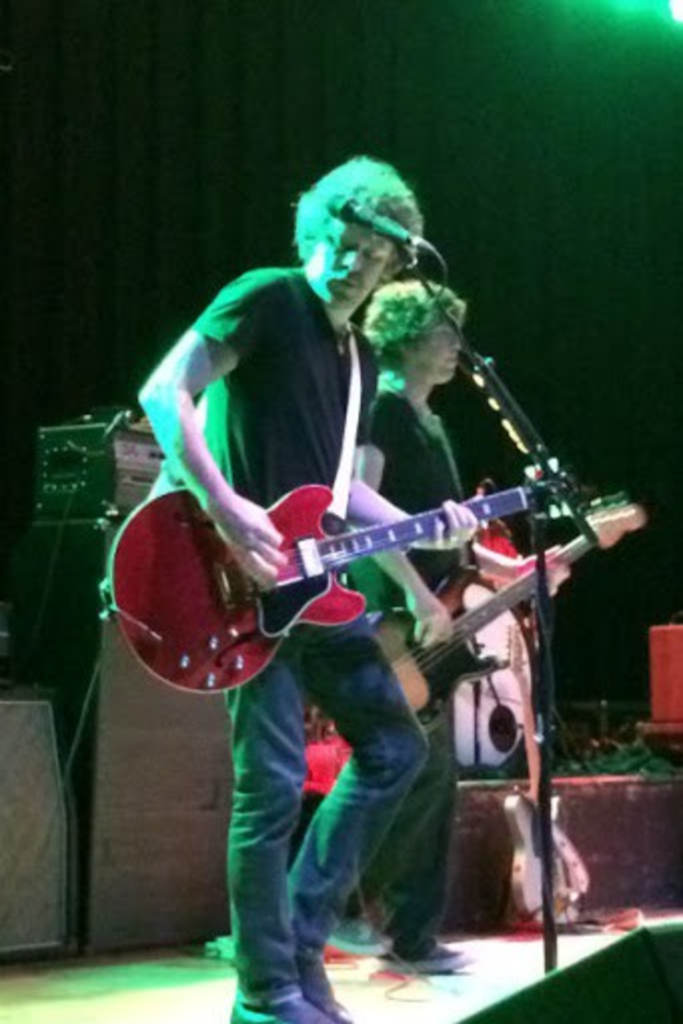 The Hold Steady’s second album, Separation Sunday, was character-driven – an avenue for a story. This is what Finn’s show is. It’s not a job for him, this gig; it’s an exuberant pleasure. When he takes his jacket off halfway through to get comfortable for the rest of this three-plus-hour show, he’s channeling a character of his own. He’s that three-beers-deep guy in the bar, shoulders a little slouched, swaying gently with a beer bottle in hand; he uses it as a prop as he sings the stories of religion and drugs and sex that string together the night-time cities of this country. Finn has a gift for this: Under his storyteller’s spell, the audience quiets with a movement of his hands, rallies with “You Can Make Him Like You,” nods on with “Southtown Girls.”

The stories the Hold Steady chooses to play are as lyrical as ever. Finn has said before that his sweetly slurring words are influenced by hip-hop’s linguistic gifts, transferred onto a mid-American setting that is like “a really fucked-up Lake Woebegone,” as he put it recently in a Pitchfork interview. The new songs don’t disappoint.

Despite his energy, the show dragged a bit toward the end of its three-hour run. The band probably knows this. They wrapped up and walked off with an appreciative, simple “Thanks for coming out, guys.”

But, of course, there would be an encore. When they appeared back onstage moments later, it was as though the audience had already begun to miss them. The Hold Steady dove in to an encore – not a single or a double, but a triple – and it seemed like they brought more energy then than in the almost 20-song show.

As Finn sang “Citrus” during the encore, there was a hush of reflection as the audience leaned in to the lyrics: I’ve had kisses that made Judas seem sincere. 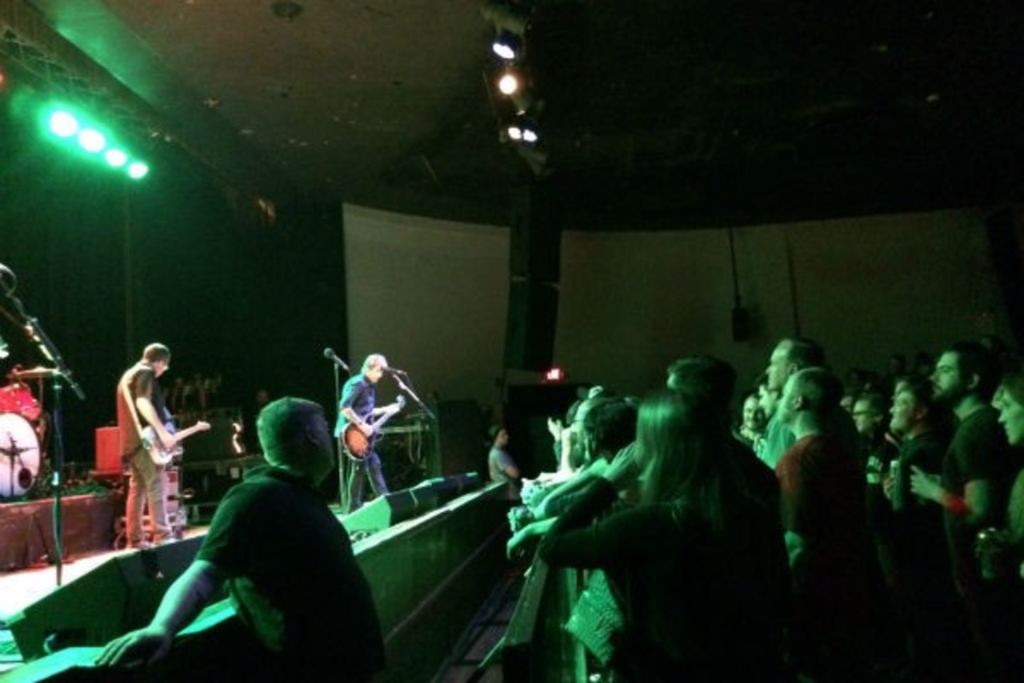 It was a brief and beautiful moment, and then Finn moved on, shaking it off, and everyone followed. And then to wrap it up – maybe because Finn’s a decent guy, just a man who loves telling stories on a stage – Deer Tick’s guitarist, Ian O’Neil, came back onstage for the last song. After all, Finn’s show was never really Finn’s to begin with.