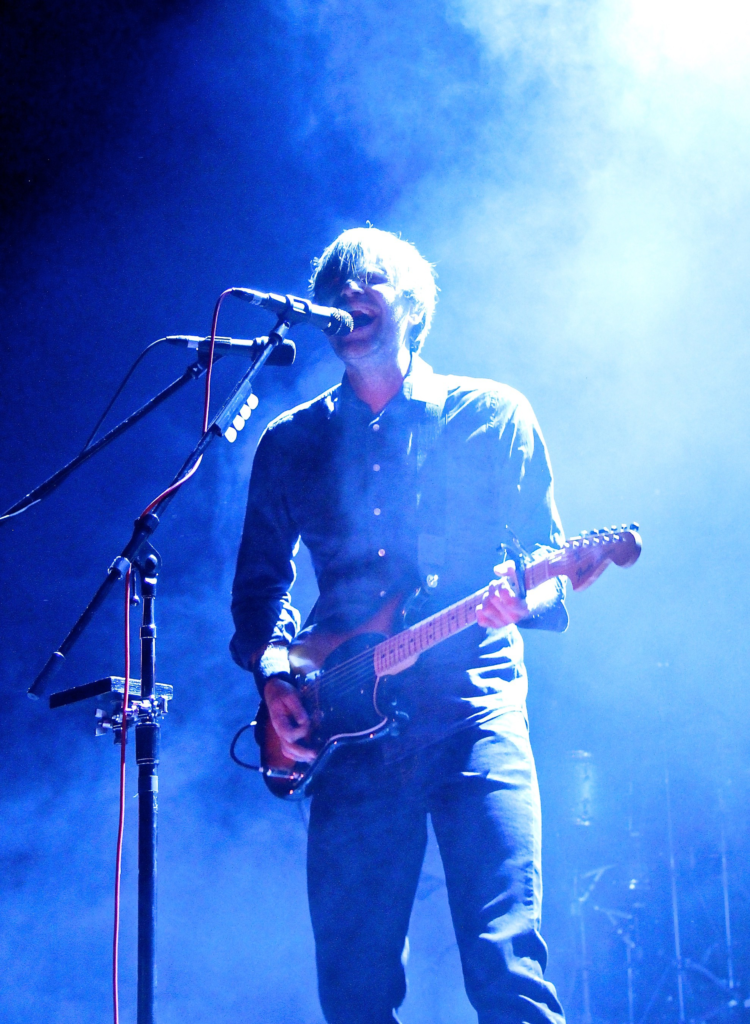 For nearly 20 years, Ben Gibbard and Death Cab for Cutie have provided the soundtrack for countless relationships with their ability to write nearly perfect, totally relatable pop songs about love, heartache and loss. Last night provided Kansas Citians the chance to bounce some of that love back the band’s way.

Gibbard and Death Cab’s newly expanded lineup band (minus founding member Chris Walla, who left the band in 2014) opened up their very lengthy Kintsugi world tour at the Midland with a 90-minute set that included a host of new songs, as well as enough familiar material from older albums, including Plans and Transatlanticism, to inspire what almost felt like blissful nostalgia among the young, sold-out audience. 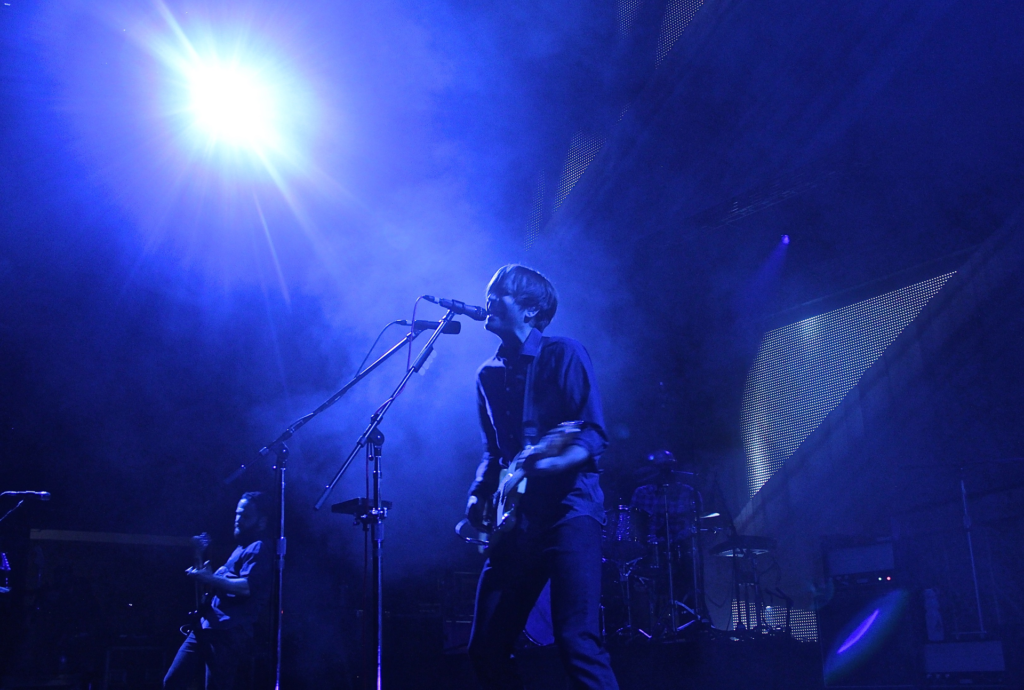 With only a brief “Hello!” Gibbard opened the show shrouded in dim blue light. The band launched into “No Room in Frame,” one of the strongest offerings from Kintsugi. Spotlights gradually warmed up to illuminate the band, and the LED screens also behind them, zigzagged to reflect their new album cover. With his hair falling into his face, Gibbard pushed out his lyrics: Was I in your way / when the cameras turned to face you/No room in frame/For two.

Gibbard has claimed that, with Kintsugi, he has moved away from writing songs about himself – understandable, considering that his marriage to Zooey Deschanel was of the high-profile variety. But “No Room in Frame” makes it impossible not to hear elements of Gibbard’s discomfort with Los Angeles living. And given his self-referential history, it’s not hard to hear those lyrics as a breakup elegy for Gibbard’s marriage.

Gibbard needn’t worry about getting too personal. Death Cab fans have long viewed him as a confidant; it is through identifying with his straightforward nature and openness about his struggles that many of his fans grew to love the band’s music in the first place. 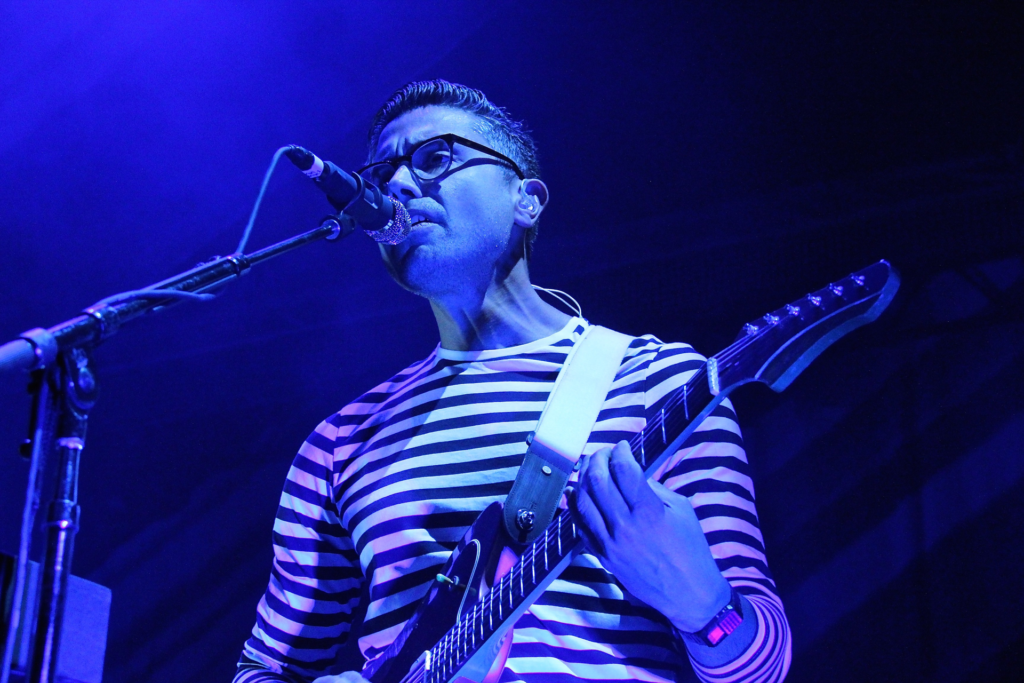 “Welcome to the first night of a very long tour,” Gibbard said, after pleasing the crowd with a full, round version of “Title and Registration,” one of the band’s most cherished songs, judging by audience reaction.

Gibbard fed back the love: “We couldn’t be in a more beautiful city. We have been here for two days getting ready. We are feeling this place so hard.”

Naturally, it was the older material that generated the most fervent responses. It seemed like a majority of the crowd may have grown up with this band, perhaps experiencing its two biggest records, Plans and Transatlanticism, at that sweet teenaged spot for music that creates lifelong diehard fans. When the band played “Crooked Teeth” or “Photobooth,” it almost felt nostalgic, as if the songs were far older than they are (these songs also launched thousands of selfies).

But while that older material got the biggest cheers from the crowd, the new material comes off clean and polished live. Despite a small computer glitch during “Little Wanderer,” which resulted in a bit of a do-over, the band didn’t stumble, and is likely to only improve and expand on the newer songs as the tour continues throughout the rest of the year. 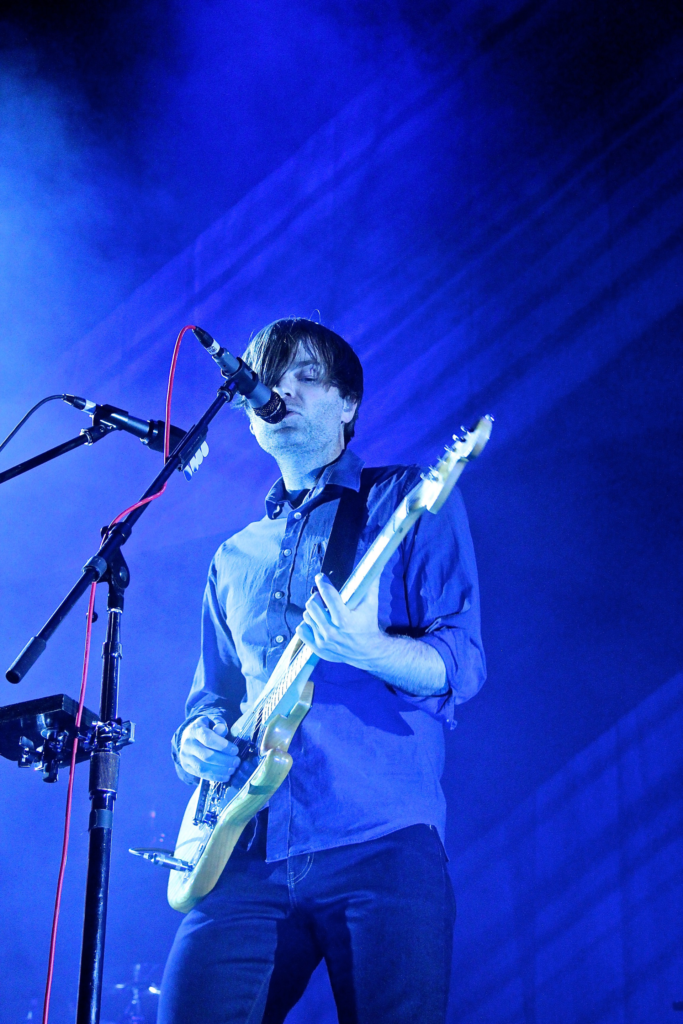 The set wound down, hitting sweet, sad spots with a dark and lovely version of “What Sarah Said” and “The Ghosts of Beverly Drive,” before ramping back up with big lights and huge bass for “The New Year,” another audience favorite. Then came a long, extended introductory jam for “I Will Possess Your Heart” before breaking for the encore and sharing a little more love with the very warm audience.

“It truly is an honor to start the tour here,” Gibbard gushed. “But let me tell you something. Do not let the tech industry ruin this place. It’s too good of a place to have $3,000 studio apartments. Don’t let it happen.” 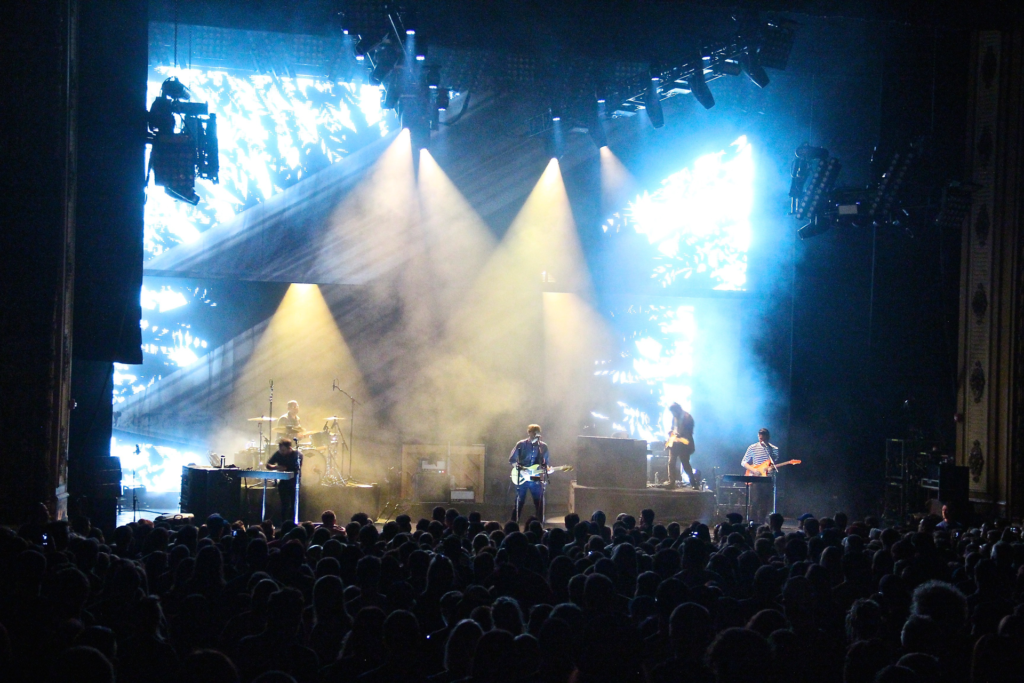 He remained alone onstage for a performance of “I Will Follow You into the Dark,” which prompted the girl standing next to me to practically swoon.

“Ohhhh,” she sighed, to no one in particular. “I just never thought I would hear this song live.”

The four-song encore, which also included the band’s Grammy-nominated “Soul Meets Body” and “Transatlanticism,” prompted similarly rapturous responses. Maybe it was as good for Gibbard as it was for the rest of the crowd. If so, he’s in for a lot more love in 2015.

Set list:
No Room in Frame
Crooked Teeth
Why You’d Want to Live Here
Doors Unlocked and Open
Title and Registration
Black Sun
Little Wanderer
Photobooth
President of What?
You’ve Haunted Me All My Life
What Sarah Said
Your Heart Is an Empty Room
The Ghosts of Beverly Drive
You Are a Tourist
The New Year
Cath
I Will Possess Your Heart
—
I Will Follow You into the Dark
Good Help (Is So Hard to Find)
Soul Meets Body
Transatlanticism