Death Angel is reincarnated and back on the road 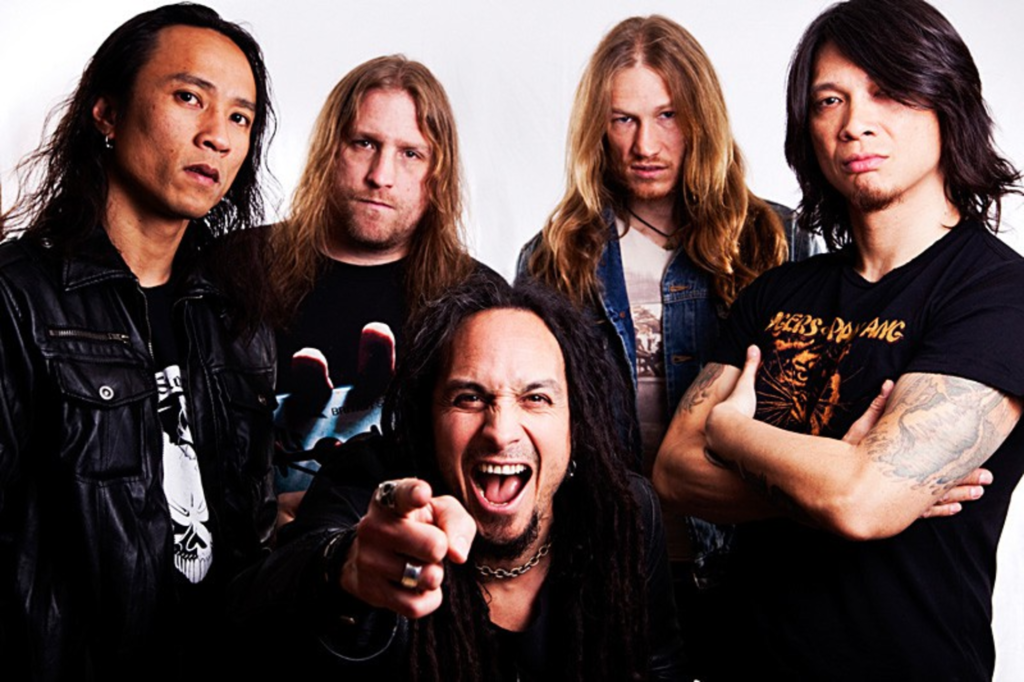 Thrash metal was on the verge of an implosion in 1991. One of the earliest, most unfortunate casualties of the genre’s abrupt decline was Death Angel, a Bay Area quintet whose members were still in their midteens when they released 1987’s The Ultra-Violence. Over the course of two albums, Death Angel evolved into an ambitious, technically formidable force. And in 1991, the band was confirmed as the opening act on the storied “Clash of the Titans” trek of Slayer, Anthrax and Megadeth. Unfortunately, it wasn’t to be: A road accident knocked Death Angel out of commission that same year. Guitarist Rob Cavestany chatted with The Pitch before kicking off Death Angel’s first headlining tour in more than 20 years.

Cavestany: I had only just turned 21 before the accident, but I felt old. By the time we released Act III, we were on a major label, we had major management, a major booking agent, merchandising — everything had been stepped up. Meanwhile, we were touring nonstop, just getting worked to death. All of a sudden, you had this weird, empty feeling, and each other’s company wasn’t doing it for us anymore. When we heard about the Clash of the Titans thing coming up, on the one hand, we were excited, but on the other hand, it was like, “More on the road? What the fuck?” When the accident happened, we just took it as a sign that it was time to stop.

Two founding members have left the band since 2008: first, bassist Dennis Pepa and, later, drummer Andy Galeon. Why did they leave?

Dennis, Andy and myself are the three guys in the band that have kids. Once those guys each had their second kid, things got more difficult for them being away from home so much.

Everyone in the classic Death Angel lineup was related. How did this affect making creative decisions?

We were literally family when Andy and Den were in the band because we’re literally blood cousins. It caused a too-many-cooks-in-the-kitchen thing. You really want to respect each person’s opinion, and when things are pulling in different directions with different ideas, it can be a nightmare. It just gets brutal.

Your songwriting was the most dominant, right?

In the very beginning [1982], I was the main songwriter. And then a lot of other stuff came out of accidental jamming and screwing around. A lot of it worked, but it was also a pain in the ass because it took much longer to work on things. People would just keep throwing in different suggestions for changes like, “How about we do this instead?” And then all of a sudden, the song gets discombobulated. I can hear it in our music. When I look back, I can see where that approach worked strong and then other parts where it would be frenetic because we were forcing too many things into one idea.

How nervous were you about making a new album without the band’s original lineup?

I’ll be honest: very, very nervous. I’m a music fan, too, and I just try to think of how it appears to me when that happens with bands I love. So, for us having two core members leave was basically devastating. Mark [Osegueda, singer] and I had to sit there and decide whether we were going to continue on. But it didn’t take more than five seconds to know that we didn’t want to stop. Thank God, it just clicked. The new guys [bassist Damien Sisson and drummer Will Carroll] love music and love thrash. They’re totally hungry and excited.