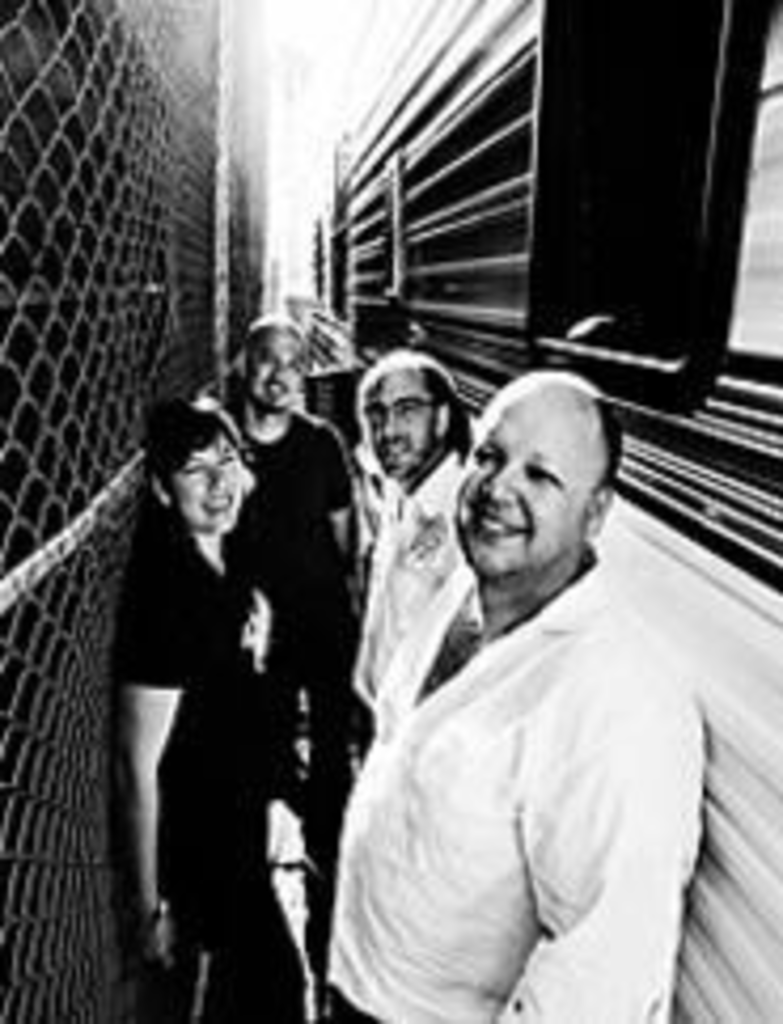 Sometimes second chances do exist. Just ask the Pixies. The Boston alt-rock revolutionaries famously split in 1993 with the fax heard ’round the world — i.e., when vocalist and guitarist Black Francis (Charles Thompson) decided to fax news of the breakup to the Pixies’ manager without alerting his bandmates first.

But after 11 years of enduring groups aping their quiet-loud dynamics and surrealistic poses — from worthy successors Nirvana and Radiohead to a billion other generic AltRocktm wanna-bes — the Pixies are finally claiming their long-overdue place in the spotlight.

A slightly thicker but no less powerful lineup — Francis, bassist and vocalist Kim Deal, guitarist Joey Santiago and drummer David Lovering — headlined Coachella this past May in front of more than 50,000 fans. More recently, the band sold out an upcoming six-night in December at the Hammerstein Ballroom in New York City, a residency surpassing the capacity of one night at Madison Square Garden.

As the world perches at the crest of the latest Pixies’ resurgence, we are proud to reveal some never-before-seen, recently unearthed Black Francis diary entries that offer insights into how the biggest little band from Boston changed rock forever.

Hey, Diary, it’s me, Charles. Wow, so much has happened since I last wrote to you. Joe and I finally quit school! Good riddance, UMass-Amherst for being so “educational.” We finally found a bassist, too. Her name’s Kim, she’s from Ohio and she has this great voice — airy and girly but not, like, Cocteau Twins ethereal. Plus, she can drink me under the table. We also have a new drummer, David, and a name — Pixies in Panoply. Personally, I think it sounds a little too fruity gothic, but Joe found the word pixie in the dictionary and is super attached to it. Sigh. First show this Wednesday in Cambridge; wish me luck!

We just recorded a bunch of stuff at Fort Apache Studios and made a few hundred cassettes of the sessions, so hopefully some label will sign us. By the way, from now on call me Francis — Black Francis. Pretty suave alias, eh? I think it pops!

Hey, Diary, Black Francis here again. God, I sound badass with that name. Where is my mind today? Oh, right. Sorry, I’m pretty excited — Come On Pilgrim came out today overseas, thanks to 4AD! It’s an EP with some of the songs we recorded in March. “The Holiday Song” made it on there. I’m pleased — I really love the manic surf-punk energy of that tune.

We’re working with Steve Albini from Big Black right now on our debut. We might call it Surfer Rosa. Kim’s singing lead on “Gigantic.” Diary, don’t tell anyone, but I have to admit I’m kind of jealous of her doing that song. Anyway, these new songs range from rickety bluesy twang to post-punk abrasion and even a punk-polka called “Oh My Golly!” where I sing in Spanish! My personal favorite is “Bone Machine.” It has these great scraping riffs, and I nearly make my vocal cords bleed about halfway through.

I’m working on this song right now and can’t quite get it right. It’s using a monkey as a metaphor for these fish that are being poisoned by sludge unloaded in the waters around New York and New Jersey. I have the ending tentatively set — If man is one/Then the devil is two/Then God is three. But it’s not fitting with the chorus quite right. This monkey’s climbed a tree? This monkey’s in the sea? Ugh. I hate writer’s block. Figures it would happen now that Elektra decided to sign us for America.

MTV keeps playing “Monkey Gone to Heaven” on 120 Minutes! Tonight it aired after “Dizzy,” by our old pals Throwing Muses. Ah, I remember playing with them at that dingy club The Rat in Boston back in ’86 and then doing that English tour with them last year. Good times. Anyway, I’m so stoked I decided to ditch that one-two-three countdown stuff for the satanic numbering system on “Heaven.” I hope Doolittle does well; so far, it’s receiving positive responses. It sounds a bit like Sonic Youth in places, though, so maybe that explains the attention.

We’re opening for the Cure today at Giants Stadium! Do you think it’s totally unprofessional if I ask Robert Smith to sign my copy of Disintegration? He has such great hair.

It’s Bossanova day in America, Diary! I hope I’m not being too presumptuous, but I think this might be the one that might finally get us mainstream notice in the States. It’s polished but not glossy and has this atmospheric British-rock crunch to go along with surf’s-up riffage — especially on “Dig for Fire”! Yeah, I feel a little bad that Kim’s not on this album as much, but she has the Breeders now. I suspect she may really be resenting me, though. Whatever. I don’t want to talk about it.

We headlined the Reading Festival in England yesterday. It was utter madness. Over 50,000 fans! I don’t think we will ever play for that many people again. Certainly not in America, where I guess we’re doomed to obscurity.

Diary, can you keep a secret? I feel like such an awful person, but here it is: Right now I really hate Kim. I mean, tensions have been growing between us since before Bossanova — really, I should have gone through with firing her then. Or just split up after she said onstage in London in fall 1990 that the Pixies were playing “our last show” that night.

But it’s all coming to a head now. This U2 arena tour is just a total pain because people only want to see Bono and his fly shades and hear “With or Without You” for the gazillionth time. Nobody cares about Trompe Le Monde, and that bums me out. “Alec Eiffel” has these great synth wind tunnels and sounds like art-school hardcore, and there’s a Jesus And Mary Chain cover on the album. The JAMC! I mean, I think it’s our most polished and accessible album, and now that Nirvana and Pearl Jam are going gangbusters … ugh. I think we need a break after this tour.

I wish I could find my phone book. I need to find a Kinko’s so I can send a fax, pronto.

Oops. I guess the secret’s out.

If I hear “Cannonball” on MTV or the radio again, I’m going to scream. Sigh, sorry for that negativity, Diary. Really, I’m so glad I have a viable solo career now. “Los Angeles” really took off as a single, and I already have so many ideas for a new record. In fact, you know, Diary, I can never see the Pixies reuniting again. Not for oodles of money, not for the fans, nothing. What we had was great while it lasted, and tainting that … well, who knows what we might sound like in ten years?