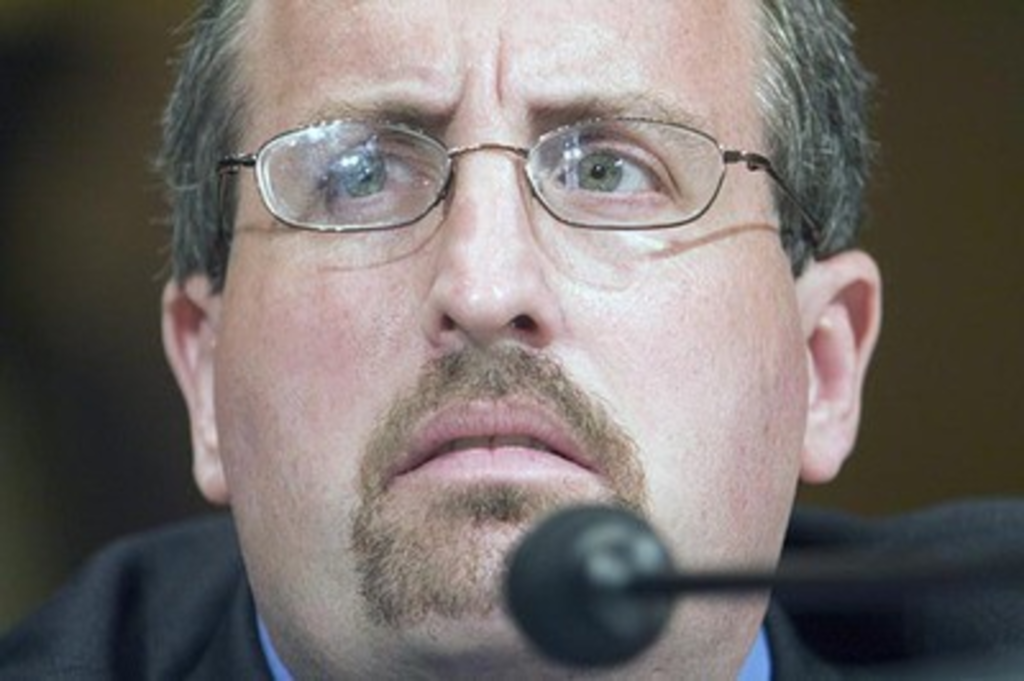 Please speak your political lines into the microphone, Brad.

Reason No. 17,438 why people should be judged by what they do and not what they say: political hack and possible perjurer Bradley Schlozman complained about the “partisan and shrill” atmosphere in Washington when he became the U.S. attorney for western Missouri in 2006.

In an apparent attempt to show that he was beyond politics, Schlozman suggested in an interview with The Kansas City Star that umpiring baseball games during law school steeled him for life in the nation’s capital. “I’ve been called things that would make a sailor blush,” Schlozman told reporter Mark Morris.

But Schlozman, we now know, was more Karl Rove than pre-burn-unit Harvey Dent.