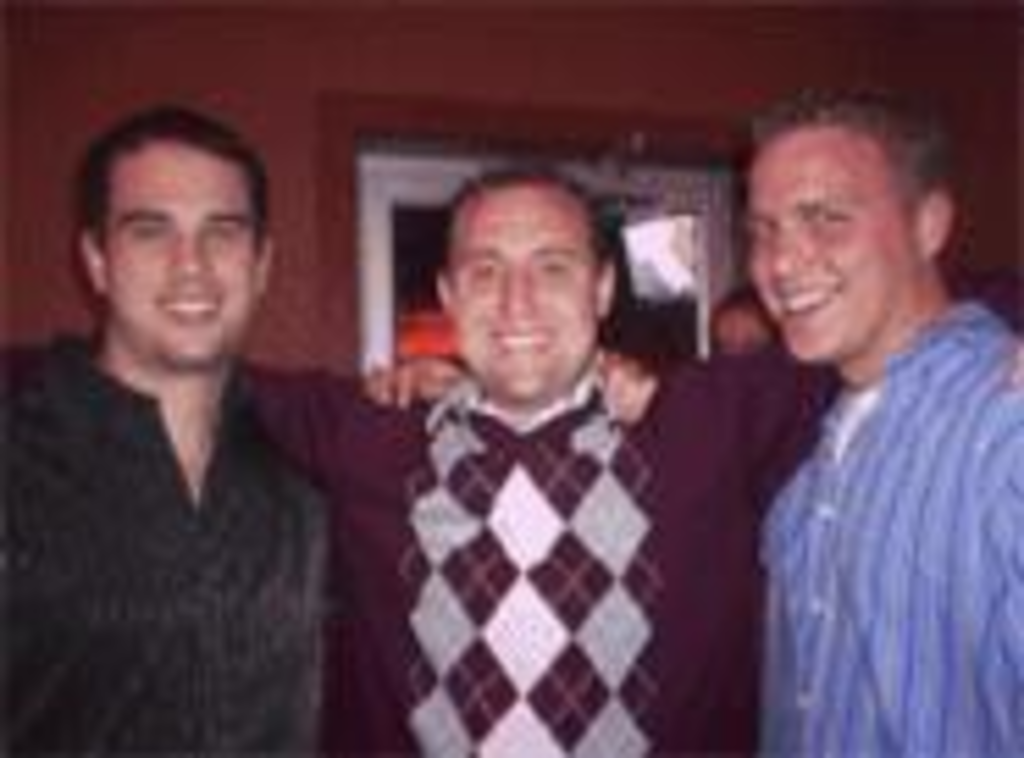 On the same weekend when fights broke out over the Xbox 360 release, it seemed appropriate to head over to Dave & Buster’s, the newly opened video-game emporium near the Kansas Speedway. Various friends had described it as a “casino with video games” or “Showbiz Pizza with hard liquor.” Unfortunately, animatronic bears didn’t figure into the adult-arcade conversion.

Flashing back to our days as a young Rangerette feeding quarters into the skee-ball machine, we set off for the hinterlands of KCK late on a Saturday night, excited that we could finally drink while operating a joystick. (Insert your own joystick-into-the-Xbox joke here if you must, you dirty-minded things.)

Fortunately for drunkos and the ADD-afflicted (including us), Dave & Buster’s stays open weekend nights until 2 a.m. We arrived with Research Assistants Bryan and Erik just before midnight, hoping that the crowdedness of the opening weeks had subsided. We were somewhat lucky in that respect; a small, manageable line snaked out the door. To our dismay, we also discovered that after 10 p.m. we had to pony up a $5 cover, which cut into our drinkin’ and gamin’ ways. We also discovered that we were in a nearly kid-free zone — anyone younger than 21 needs a parent to get in. Fortunately, few guardians were willing.

Upon entering the Dallas export, we were assaulted by a cacophony of dings, pings and beeps mixed with electronic gunshots, revving motors and piped-in lite-pop music. We walked past the restaurant and the sports bar to the back, where the games reside. We were overwhelmed by the seizure-inducing flashing lights. Too many stimuli, we grumpily thought.

Most people, absorbed in their games, stopped only to take drinks from their servers or to amble down the “yellow brick road” aisle to take a pee break or get to another game. Unlike a casino, the drinks served on the arcade floor weren’t free, nor were the servers scantily clad. A smaller bar serviced the arcade area, while a cluster of booths provided seating for the weary. A prize booth in the back doled out oversized, garishly colored stuffed animals, and an escalator in the middle led up to the rooftop bar, which was closed during our visit.

In the “midway,” people lined up yet again to load their token cards. After seeing the games, though, we lost our desire to go through that rigmarole. OK, we know that the games are pretty much the main attraction at D&B’s, but the joint didn’t even have our favorite, Ms. Pac-Man. It also lacked other equally old-school stuff, such as Frogger and Q*Bert. Most of the games were fancy-schmancy racing or shooting contests, such as Ghost Squad, in which the player is part of an anti-terrorist force. Well, at least we’re winning the war on terror somewhere.

And even though D&B’s had skee-ball and pop-a-shot aplenty, it was without air hockey. Disappointed, we headed back to the bar. The atmosphere was similar to, say, the bar at an Applebee’s. Everyone sat around the tables with their urban tribes and snarfed down quesadillas while watching college game updates.

The bar was packed with a diverse crowd of twenty- and thirtysomethings. Styles ranged from the thuggish to a few midtown scenesters and suburbanites in Gap sweaters. We flipped through the extensive drink list — think Cheesecake Factory-style laminated menu devoted solely to beverages — and were impressed by the sheer froufrou nature of the libations. Pages of margaritas, martinis, shots and frozen concoctions were as tempting as bonus fruit in Ms. Pac-Man. We settled on a Walk the Plank ($7.25), a delicious mix of two rums, peach schnapps and fruit juice. Avast, me hearties! Our RAs stuck with $4 Jack and Cokes. Not bad for some decent grog, but we decided that the key to the D&B’s experience should include heavy predrinking.

Sufficiently lubricated, we started chatting with the group next to us. Shannon, a pretty, 26-year-old brunette with carefully mascara’d brown eyes, was hanging out with her boyfriend and her sister. She had a listless air about her, as if she’d been ready to leave for half an hour already. That turned out to be the case; she wasn’t impressed with this Dave & Buster’s. “The one in St. Charles is better,” she said. “There’s no cover charge at the door, and there are more pool tables.” (We counted three at the KCK location.)

Her friend Kenneth, 24, came over to find out what was going on. “Hey, you should interview me,” he said. “I’m Larry Johnson’s little brother.”

Kenneth told us that they all live north of the river. “They’re my peoples, my in-crowd,” he said. He called himself a fan of D&B’s, so we asked him if he thought it was a good pickup place.

“There are a lot of availables, but I’m with my girl on a date,” he said. Never mind, then. We changed the subject and asked if he had any high scores. “Well, in basketball, I’ve scored 25 points a game,” he said.

Very cool. But what about in the game of luv?

“Guys don’t rank. I don’t. I heard that type of shit, but I don’t rank females,” he replied. “It’s just quality over quantity. I’d rather have a really bad one than a lot of OKs.”

“You’re not just saying that because your girlfriend is here, are you?” we teased.

We posed the same question to 26-year-old Sean and 24-year-old Justin, whose argyle sweater caught our attention. They’re friends from Oak Park High School and live in NKC. “I’ve been dating the same girl for seven years,” Justin said. “Video games are better than women.”

“The sex after seven years goes downhill,” Sean agreed. He hastened to add that he and his girlfriend of six years, who was standing nearby, were still happily together.

“Seven years is fun to hang out with a girl. But games are funner after seven years,” Justin said, citing upgrades in technology. (We hope he doesn’t get a big Game Over if his significant other reads this.)

By this time, we were ready for our own Game Over. It was nearly closing time, and we were eager to get home. We did have our own Xboxes and joysticks to play with, after all.