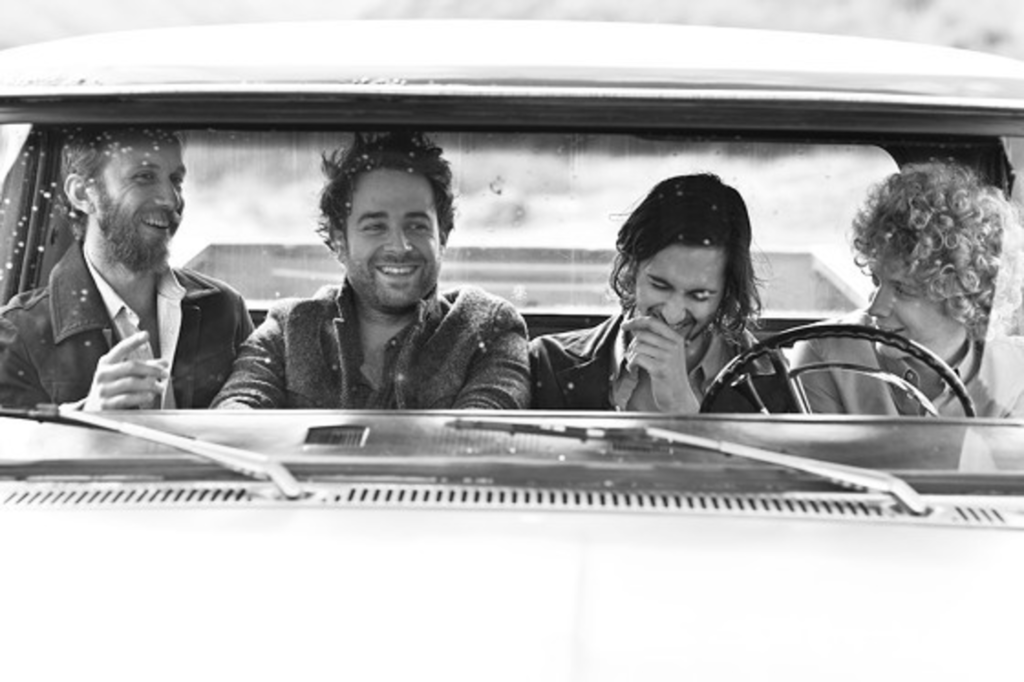 Taylor and Griffin Goldsmith formed Dawes in 2009. The band’s Los Angeles ties typically elicit comparisons to other California rock bands, such as the Eagles and Buffalo Springfield.

Well, yeah. Dawes draws inspiration from the roots-rock bands of yesteryear. But it doesn’t mimic those classic California sounds. The foursome takes the “rock-and-roll-with-it, man” vibe, and build on it — writing lyrically rich songs with buttery harmonies. Dawes is at the Grinders stage this weekend, on Saturday the 25, and we recently spoke with Taylor Goldsmith (songwriter, guitar, vocals) and asked him about his songwriting process, how he feels when performing with legendary musicians, and how Dawes maintains its tight-knit, family-like bond.