Kansas City-raised David Dastmalchian: from Twin Peaks to Ant-Man to his latest KC-filmed feature, All Creatures Here Below 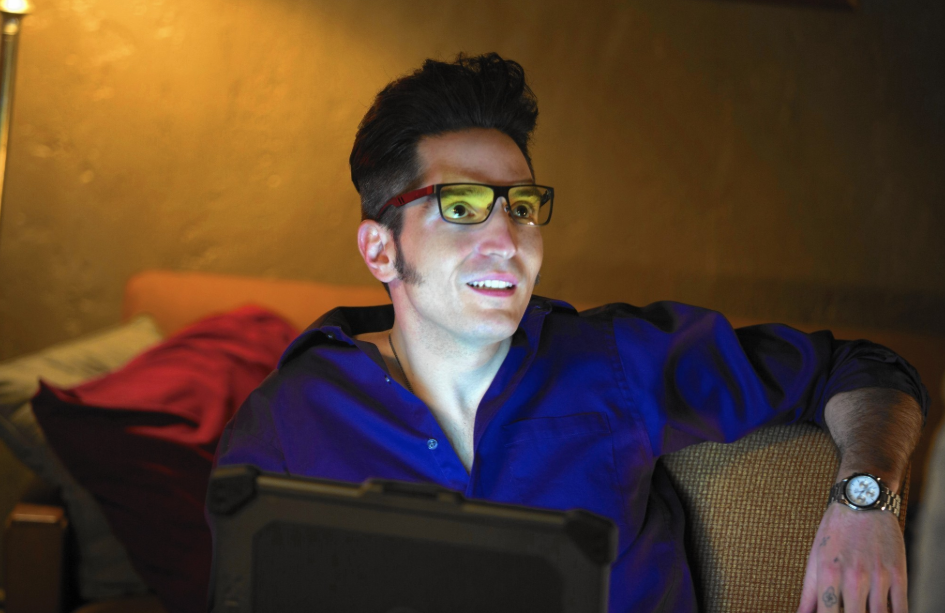 David Dastmalchian has lived in both the Marvel (Ant-Man) and DC universes (The Flash), appeared in The Dark Knight, three Denis Villeneuve films (Prisoners, Blade Runner 2049, and the forthcoming Dune), and Kevin Smith’sJay and Silent Bob Reboot. He was on MacGyver. The man was even in Twin Peaks.

But before all that, Dastmalchian — a Pennsylvania native who spent the vast majority of his youth in Johnson County, Kansas — played a sexually menacing character in an instructional video shot in Overland Park.

“I was one of the high school boys who harasses a young woman in the halls at school,” Dastmalchian recalls. “I had done only school plays at that point — nothing quite as ‘dramatic’ as that … PSA.”

It would prove to be good preparation for the roles that lay ahead. Dastmalchian went on to develop his craft in Chicago and now lives in L.A., but in some ways he’s never really left KC. He shot his latest movie, All Creatures Here Below, in the area and even returned to present the film at KC Film Fest on April 12.

In All Creatures Here Below, Dastmalchian and fellow Marvel Cinematic Universe alumna Karen Gillan (Guardians of the Galaxy) play a blue-collar couple named Gensan and Ruby who wind up on the run from Los Angeles after Gensan makes a losing illegal bet and Ruby “rescues” a baby that might not have been endangered. It’s the second movie on which Dastmalchian has teamed with director Collin Schiffli. Their previous collaboration was the heroin addiction drama Animals. (Observant viewers will spot local actors like Walter Coppage and Missouri native David Koechner in the scenes set on the West Coast.)

All Creatures Here Below opens May 17. We recently spoke by phone with Dastmalchian.

The Pitch: In All Creatures Here Below, would it be fair to say that Ruby and Gensan are in a situation where illegal betting and lottery tickets are almost practical forms of wealth management — because they’re the only forms that exist for them.

David Dastmalchian: That’s a really incredible way of saying it. They are from a part of the American society where I think so many millions of people are strung along by this false narrative that’s fed through reality television and lottery commercials. Not to get political, but, like: “Go to Trump University for a year, and you’ll learn to become a multi-billionaire.”

That people who are so mis- and uneducated like Gensan and Ruby would think that the way to make the most out of his last paycheck would be to bet it on this thing is just tragic. But like most tragedies, our heroes have their fatal flaws. In Gensan and Ruby, I think it’s the longing inside of both of them for the things that have been denied them. For Gensan, it’s a sense of security — and we can say financial security, job security, life security — the things that he’s never had. And for Ruby, it’s this longing that she has to be a mother, to have a child of her own that she can love and take care of in a way that she’s never been loved or taken care of.

As the story starts out, our two heroes kind of strike out into the world and take the things that have always been denied them, and as you know, the consequences can be really kind of dire.

So, in some ways, gambling works in All Creatures Here Below the same way heroin worked in Animals.

Yes: I’ll finally get that happiness, that sense of satisfaction, of people, of love, of completion that they haven’t gotten yet. And obviously, Gensan and Ruby are very extreme examples of our society as a whole, but I think we all fall prey to it.

I remember when I was at my poorest — I only mean financially — when I was in the midst of my addiction, I was homeless, but once I got clean and I got my first “back-on-my-feet” job and I got my first, very small, studio apartment in Chicago, I was making about minimum wage working as a telemarketer and working at a movie theater.

I’ll never forget those Monday mornings, going and getting my scratch-off and playing my numbers, our equivalent in Illinois of a Powerball-type situation, and then watching the news when they announced the numbers and thinking, “I’m just one hit away from being there.” Luckily, I eventually realized that this was a really, hollow illusion. I just stopped one day from giving them my hard-earned money.

You’ve been all over the place economically, but you grew up in Overland Park. The movie, however, is partially set in De Soto, which is also in Johnson County, but the atmosphere is different from Overland Park or Leawood.

Totally. A real issue for me growing up is that I lived in a very, very incredible suburban community being in Overland Park, with the public schools and the public facilities and all the things that were at our disposal.

A word that a lot of people don’t like, but I embrace fully, is “privilege.” That’s something to be grateful for. I had this great gift of all these things that were abounding and yet right in the same community or not far away, there were these struggling rural communities. People a very short drive away who were living in abject poverty.

As a kid, seeing all those people who were living in different socioeconomic circumstances was something that was hard for me to wrestle with and understand, which was why fate allowed certain people to be able to walk to a public school that had all the resources one could ask for while some kids had to go through hell to try to get a good education.

I remember thinking that life was so unfair, and I wrestled with the unfairness of life from a very early age. I struggled with even with my own sense of understanding that my privilege was something that I should be grateful for and try and make the most out of.

But when I went to write this script, I’m thinking about these characters, and I’m thinking “Why is this so unfair to them?” And yet as ridiculously bad as their choices may be, these two people still have a true, pure love for one another, and that’s something that I always kind of found to be kind of fascinating and beautiful, even since I was a kid.

I remember my mom had several very, very close friends when I was a kid who were impoverished. I don’t remember where she met them or how she came to know them. It might have been through a fellowship committee or a religious connection.

I remember going to their houses. There was no air conditioning, flies on everything, and even the walls were falling apart, but the love that these people had and the bonds that they had, I just admired so much, and I wanted shine a light on Gensan and Ruby’s love for one another. As dark and messed up as this movie may be, hopefully, audiences will also see the beauty and the love in these characters.

Your co-star was a baby. How do you schedule and budget that?

And then — and this is one of the great gifts in that I’ve been able to do so much work in studio films — but my friend Russell [Bobbitt] is one of the major prop masters in Hollywood. He’s been a driving force behind so many of the great props in so many of the films we love now, including for the Marvel Cinematic Universe. He was a prop master for the movie The Hangover. And he had designed and owned the baby (dummy) that they used as a stand-in that they used as a prop baby for the movie.

So he lent us this incredible, really life-like prop, which was so helpful for us. For anyone who will be seeing our movie, it’s a really rough journey that these characters are going on, and the baby isn’t always in the safest circumstances. There were certain scenes where there was no way we could have used a real baby. If we’d have paid for something like that, it would have cost us our whole budget.

You’ve gone from playing a supervillain (Abra Kadabra) in The Flash to Ant-Man’s henchman Kurt to the creepy lab assistant you played in Blade Runner 2049. Do you think you could have played all of those roles successfully if you hadn’t had such a diverse background?

Thanks for saying that, and I believe that I’ve been incredibly lucky. I prefer the term “blessed,” but I do think that I’ve been lucky that many directors, many TV shows and many movies have given me the opportunities to create and perform characters that are quite different and cover quite a wide range. I’m always going to be so grateful for the background I’ve had and the theater training because I learned a lot of different muscles as an actor, which gave me a lot of diversity in the types of roles I could play.

I also have a lot of gratitude for my life experience, even the really worst of it, being a homeless heroin addict, working as a fisherman in Alaska, growing up in Kansas City. I’ve been in totally different communities. I’ve been in all different walks of life. I’ve had so many different jobs, and to this day, I like to do my own everything. I like to do my own yard. I like to go to the grocery store. When I go to the laundry, when I go to fixing something, I feel that’s where all my stories, and my characters and my ideas come from. I think you might be right. Maybe just all this wide-ranging, diverse life experience that I’ve had has had an influence on the type of stories that I’m able to tell and the characters I’m able to play.