David Dastmalchian, at Planet Comicon this weekend, talks about his Flash-y, rising profile 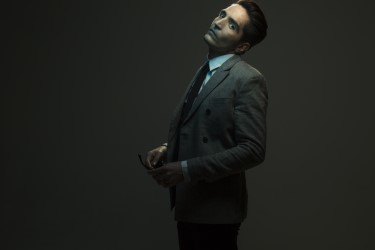 For a guy who has committed more than his share of atrocities onscreen, Shawnee Mission South High School alum David Dastmalchian seems cheery and amiable over the phone.

While he has made life difficult for the Flash and the good guys in Gotham and The Dark Knight, Dastmalchian is now playing characters he read about as a child, working with prestigious directors such as Twin Peaks and Mulholland Drive mastermind David Lynch and Denis Villeneuve, who guided his performance in Prisoners. Like Ryan Reynolds, he has played characters in both the DC and Marvel universes. He and fellow Johnson County product Paul Rudd play partners in justice in Ant-Man.

He’s returning from to Kansas City from various make-believe worlds to meet fans for Planet Comicon at Bartle Hall on Friday, Saturday and Sunday. I talked with him last week.

The Pitch: Let me turn on my TapeACall app so I get the quotes right. I’ve seen what happens to people when you get mad — at least when you played Abra Kadabra, against the Flash.

What sort of things?

Oh, man (laughs). If you watched Gotham this season, I electrocuted someone. I removed someone’s face with a scalpel. That was pretty rough. I get to deliver one of the more gruesome deaths in The Belko Experiment. On McGyver, one of the fun things I got to do was remotely set up an entire series of sniper rifles.

Your career sort of started at Clint’s Comics.

Yes. I’m so excited, and I think it’s so cool that Clint’s is celebrating their 50th anniversary this year. We lived near the Oak Park Mall. I bought my first comic book on a spinning rack in a convenience store when I was in the third grade. It was an Avengers comic. The nearest comics shop for me was Clint’s South, which was in the Metcalf South shopping mall, so I used to mow lawns and umpire Little League games and do all kinds of odd jobs. And with my money on Saturdays, I used to get on my bike, and I would pedal all the way up from 95th, from Quivira, all the way to Metcalf. When I was a little kid, that was a pretty good trek.

It’s mind-blowing. It’s funny. It’s weird. It’s amazing because my other obsession as a kid was movies. I used to watch Crematia Mortem’s Creature Feature, which was on Channel 41 when I was a kid. She introduced me to all my favorite actors: Boris [Karloff], Bela [Lugosi] and Lon Chaney and Peter Lorre. All of that formed me as a kid in Kansas. Here I am living in Hollywood and getting to do this as a grown-up. 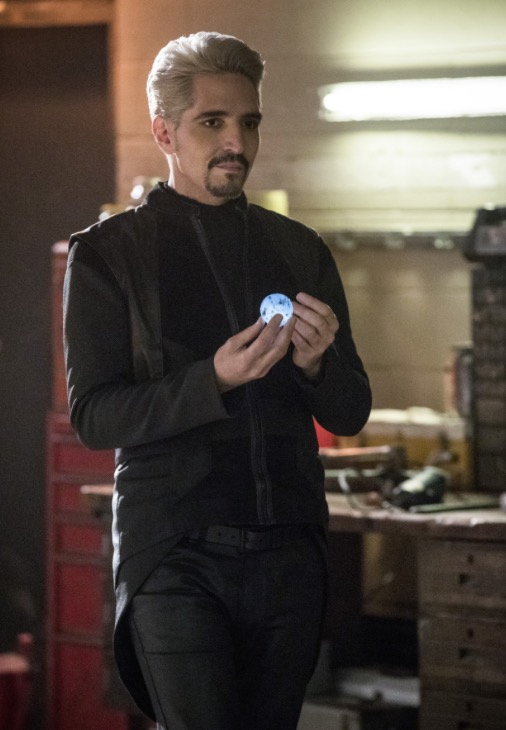 Which was awesome. That was the first part where I had magical powers that I’ve been able to play. I was familiar with Abra from the comics. I just recently read a storyline that he was part of the rebirth that DC’s doing. They had a Teen Titans kind of battle with Abra Kadabra, so when I got the call about doing this, it was pretty exciting because I had just been reading him.

It’s so fun when you’re making movies, all that fun stuff that we get to do as actors: using your imagination and suspending disbelief. It’s like being a little kid, but with the full support of a team of technical wizards and artists.

The other thing that was really cool with Abra Kadabra in particular was that the producers and the prop department set up some time for me to consult with a real illusionist so that he could really help me because I really wanted it to look like I what I had been doing all the time. Not that the digital and post-production effects aren’t amazing. That said, I have so much admiration for the practical, in camera effects.

At the same time, you’ve done realistic movies such as Denis Villeneuve’s Prisoners, and Animals, a drug-addiction drama that you also wrote.

It’s a subject that is very important to me because, obviously, it has touched my life in the most direct, personal way. It is something that is dehumanized a lot through media, the news, education or lack of education. If you have firsthand experience with someone where, “But this is a really good guy; if we could just treat the disease, we’d get that lovable awesome guy back” — I wanted the audience to feel that way about Jude [my character] and Bobbie [Kim Shaw] when we made that film, because Jude and Bobbie were amalgams of me.

When I was using, I felt like a broken person, and I felt like a “less than human” person, because  of the deception and the pain inflicted and just the ravaging of addiction. Underneath all that, the people who loved me and knew me knew the real David was still in there. So now that I get to stand here, with almost 15 years of sobriety — which kind of blows my mind — I want to tell stories like Animals and our next upcoming movie [All Creatures Here Below], that I made in Kansas City, movies about real people.

They’re totally different than what I do when I’m putting on my cape or something, but to me they’re all so fun. People ask me which you would rather do, and I love both.

Kurt, your character in Ant-Man, actually has a complicated history. He’s a got a criminal background, but he’s a good guy.

I love that about Ant-Man. We all have checkered pasts. True, we all are ex-cons. And then when our friend manifests this power and chooses to use it for good, it’s wonderful. I love that aspect of the film.

How much can you talk about the new Twin Peaks or Denis Villeneuve’s follow-up to Blade Runner?

I’m under such a heavy embargo, all I can do is acknowledge I am associated with it. The steel-clad NDAs [nondisclosure agreements]. With Twin Peaks, I hope that people get together and watch it with pie and coffee.

With All Creatures Here Below, you and Animals director Collin Schiffli feature a desperate couple who flee to Kansas City…

As you do when you’re on the run from who knows what, you’ve got to come to Kansas City. All Creatures was a story that I’ve wanted to tell for a very long time. It deals with some issues that have haunted me since childhood, and the fact that my childhood took place in Kansas and the Kansas City area, I want to tell the story back there.

This is one of those stories that was just shaken out of me. I don’t know how else to describe it. I wish they all came like this. No, I don’t — because it kind of hurts.