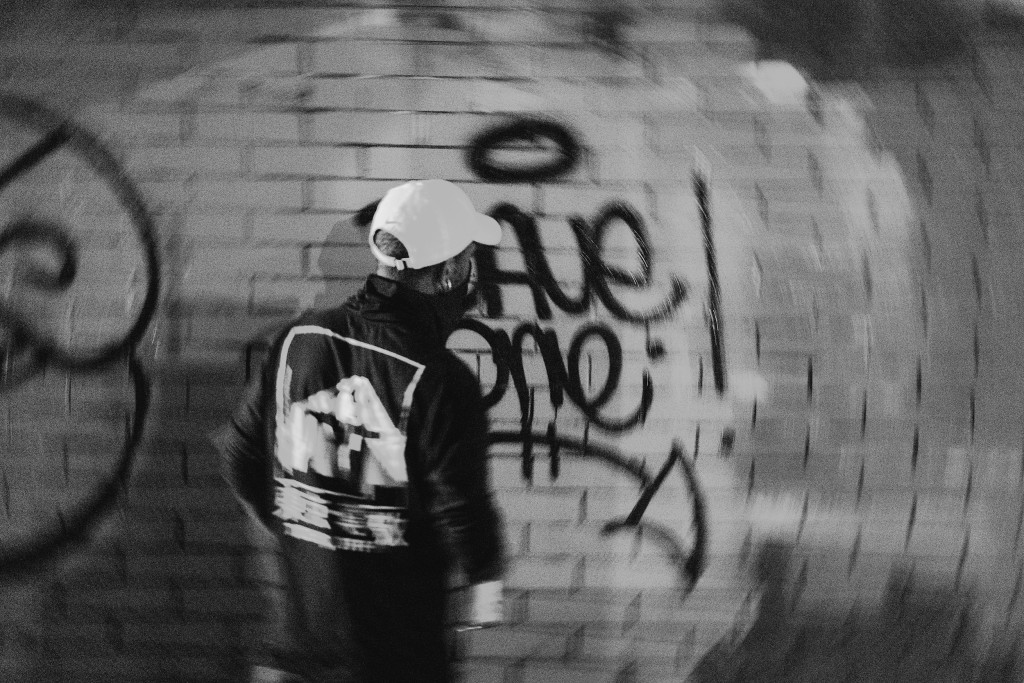 Dave One. // Photo by Chase Castor

“I wanna be everywhere as much as possible,” says Dave One.

If you know who this near-mythological figure is, you probably aren’t a fan. It’s cool; I wasn’t either, at first.

Dave One is a graffiti artist whose tags you’ve probably passed while running around KC. The dude even has his own website, proudly featuring a photo of The Pitch’s graffitied front door.

My interest in Dave One was piqued when I saw folks talking shit about him on the KC Reddit. I was on board with the shit-talking too. Dave One’s writing was clean but seemed like pretty basic handwriting. But more than anything, the tags were everywhere, it was like there was a new one on some part of my commute every day. I didn’t get why you’d want your graffiti identity to be Dave One—I mean, “Dave!?” Aren’t graffiti names supposed to be cool and edgy?

A couple of months back, I reached out to Dave One about following him around to snap photos of him at work, and my opinion changed. The vision I’d built up in my head of a mischievous brat who took pleasure in ruining Kansas City’s exteriors with his lame tag melted away as I heard his story. 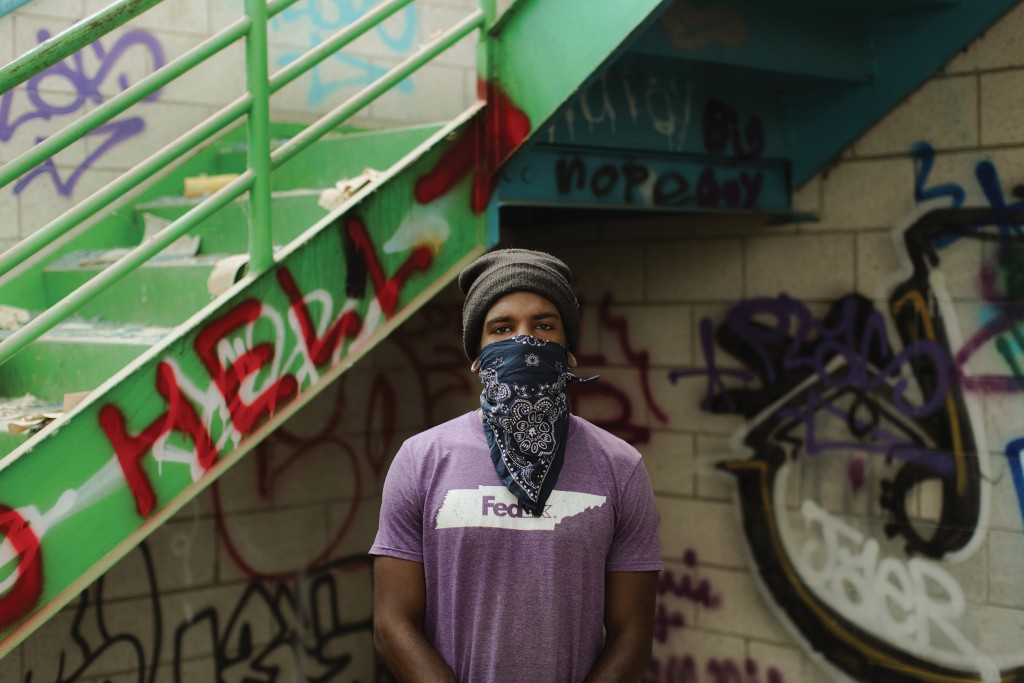 Dave One. // Photo by Chase Castor

Dave One is 26, Black, autistic, and suffers from clinical depression. In June 2020, he was living in his car with his dog, after a recent suicide attempt. One day he was parked in the West Bottoms and was taken by the graffiti there. He watched some documentaries: State Your Name and Getting Up: The TEMPT ONE Story.

Once he got his graffiti practice up and rolling, his biggest inspiration became the NYC graffiti from the ‘90s, specifically an artist called JA One. This is the style he wants to emulate. After trying a few different names, he kept coming back to his own. His depression largely stems from being unsure of his purpose in life, so he decided to give purpose to his own name. Graffiti helped Dave One’s mental health.

To Dave One, the point of graffiti is to go up and stay up; to write on as many spots as he can, in hard-to-reach and highly visible locations. He wants people to know his name. He enjoys when folks are grumbling about him on the internet. He welcomes beef with other writers. It’s all part of the gig for him. The point is for his name to be known, repeated, ingrained in KC’s psyche: Dave One.

He’s still very new at graffiti. He’s only been doing it since June 2020. He knows he’s got lots of room to improve, and he’s enthusiastic about putting in the work to get better. If you’ve been paying attention, you may have noticed how his tags, throw-ups, and pieces have changed as he improves.

Dave One gets sensory overload. Loud noises, in particular, are a stressor for him, so graffiti pairs well. He spends most of his time tagging between 10 p.m. and 6 a.m. when the city is quiet. He says his goal is, “To try and do as much as possible before the sun comes up or I run out of paint.”

Going up in some spots requires a lot of athleticism, but it doesn’t phase Dave One. He is into martial arts and free running, and it shows. I watched him effortlessly bounce up to a rooftop spot on a KFC he’d been scoping out. 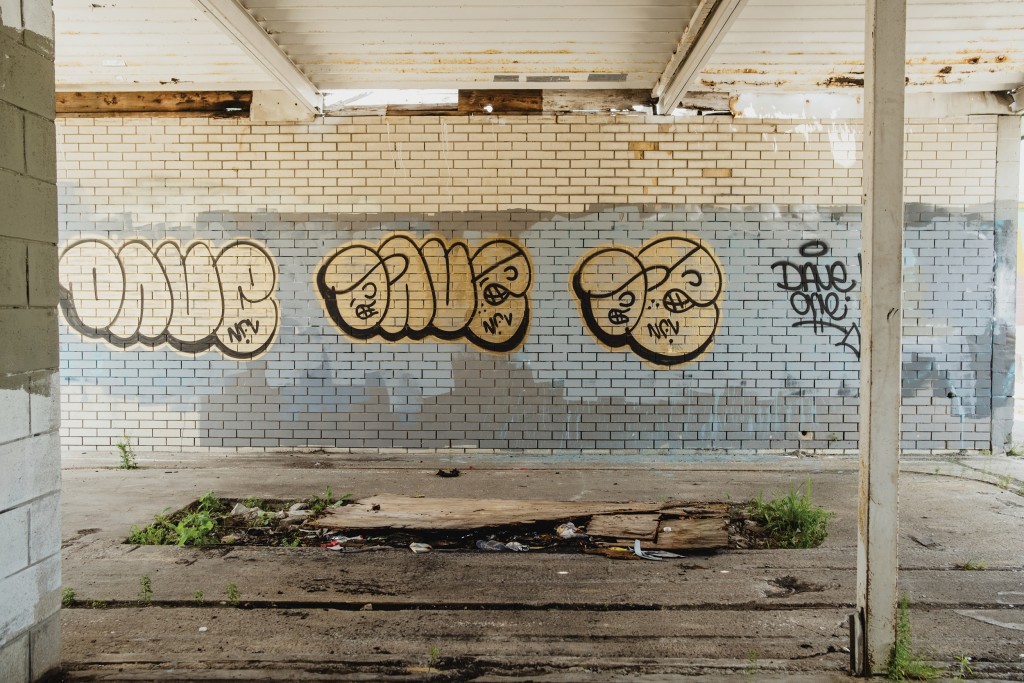 A wall with a Dave One tag. // Photo by Chase Castor

Dave One has some standards on what kind of business he writes on. He has no remorse in writing on a corporate chain.

“It’s a franchise and the owner decided to pay his employees below living wages,” says Dave One. “He can fix it up because he’s got enough money.”

When it comes to mom and pop shops, Dave One has a different attitude.

“I don’t try to go to mom and pops. I will be a troll sometimes. [Sometimes] I’m doing it again just because you called the fuzz.”

But don’t worry. His work likely won’t last long: “If you have a really good wall, I’m sorry, I’m just gonna have to. It usually gets buffed really fast.”

Kansas City’s subreddit isn’t the only group in conflict with Dave One. There’s also the competition from other graffiti writers who will write over someone to erase their work, claim a spot, or label someone a Toy, an insult insinuating someone is a poser or amateur. But Dave One is okay with having beef with other graffiti artists.

“Beef is healthy for graffiti; it helps you grow, it challenges you to see if you’ll hit better spots,” he says.

If you write over Dave One on Cleaver II one night, that’s okay because he went up on a dozen new spots the next night.

Dave One’s life has taken a turn for the better and he attributes a lot of that to graffiti and the purpose it’s given him. His mental health has improved, his name has new meaning, and he has a deeper connection to KC.

To Dave One, graffiti artists place the city behind a new lens:  “It has me seeing the city in a different way.” 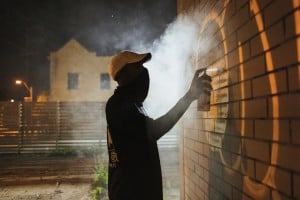 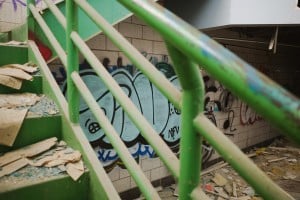 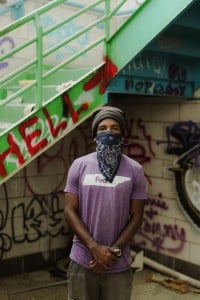 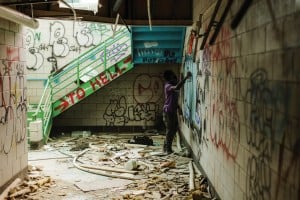 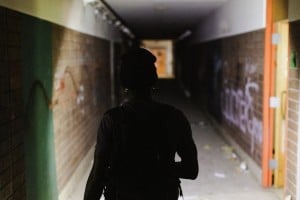 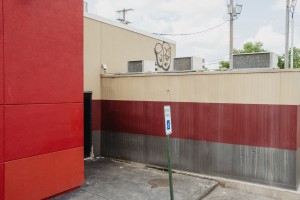 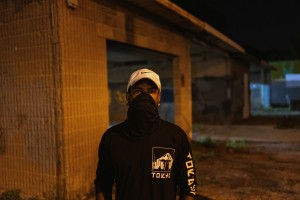 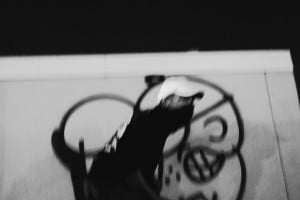 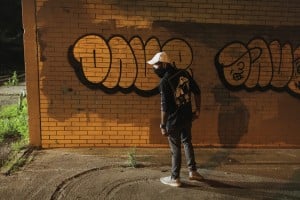 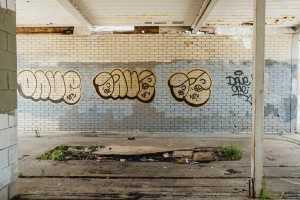 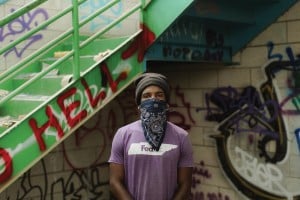 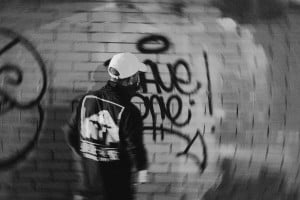