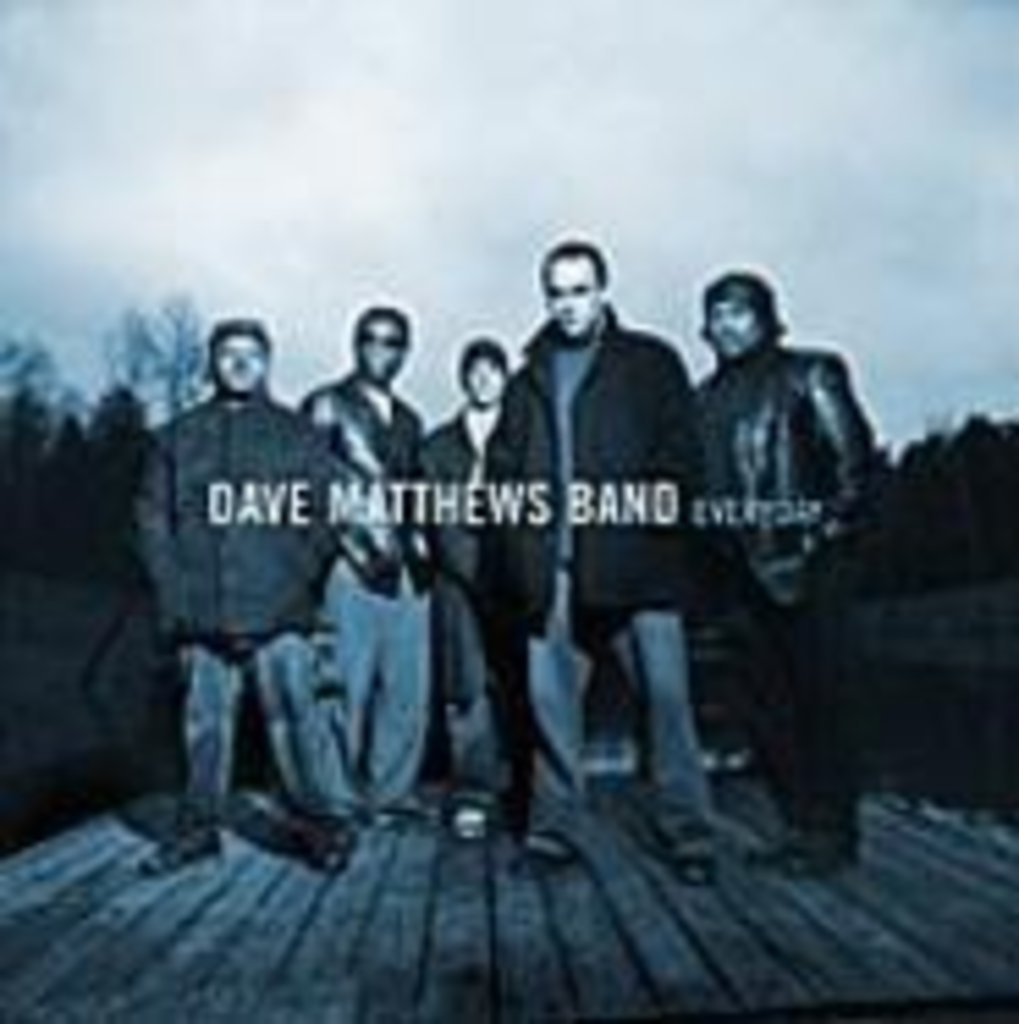 The dour black-and-white photo of the Dave Matthews Band on the cover of its new Everyday is more compelling than anything on the disc. It looks as though it were snapped before Matthews scotched an album’s worth of material he deemed too downbeat for his audience, too morbid, dark, depressed — too much what he felt when writing the new songs. Against an overcast sky, the band members stand straight-faced, outfitted in overcoats, hands in pockets, legs set defiantly apart like they’re awaiting a rumble with the Neville Brothers. Like the band, Everyday is clad in winter gear, its songs smothered under wool. Sure, the album sounds warm, but whatever heat is generated comes from a band running in place to keep from freezing.

It would be wrong to mistake Matthews for a deep thinker. The built-in drama of his idiosyncratic singing voice has always camouflaged first-draft bromides, allowing underweight songs to hit harder than they should. The group’s last album, Before These Crowded Streets, managed finally to add a little heft to the songs, including the best single, “Don’t Drink the Water.” This time, though, the music is self-consciously heavy without any similar improvement, and the album suffers from production that spreads the band too thin. The charm of a rock group with a sax player and a violinist jamming over world-beat-happy percussion might be limited, but Matthews had that market cornered. Everyday, though, is just that — an album by a quirky, soupy band suffering from a bad graft of the common, the ordinary, over its sound. Producer Glen Ballard, who cowrote all the songs with Matthews, ensures not only that Matthews’ leftover thoughtfulness receives soft focus but that the band’s broad musical character is reduced to bit-player status. Stefan Lessard’s bass could be anyone’s, and Boyd Tinsley’s violin is almost completely laid off. Carter Beauford’s percussion remains evident in small doses, but his drum sound has lost its high, sharp crack.

Ballard, the hired gun who cowrote Alanis Morissette into a corner, put an electric guitar in Matthews’ hands, an action that seems to have brought out the singer’s inner Gordon Gekko. The thrill of cowriting songs with a proven hit machine, the promise of mainstream success finally making worthwhile all the shit hurled at the DMB by those who can’t abide jam bands or frat rock masquerading as funky pop — these reprisals are pronounced on Everyday, but they sound like compromise. Matthews told USA Today last week that he didn’t feel inspired until Ballard entered the picture. “But I’d be willing to bet that anyone who listens to that stuff would think we were crazy for not releasing it,” he added, referring to the scrapped follow-up to Streets.

And that’s what’s crazy about Everyday. Up until now, Matthews and company have happily made their concerts available to tapers and released tour compilations and other valentines to fans, a policy against the grain of major labels, which prefer to keep bands stabled between projects to rebuild anticipation. It figures that the first time something the group has done (and the album was apparently close to the mastering stage) is kept under wraps, the product might have transcended the band’s good-time limitations. Everyday, though, is ripe with the odor of what labels say smells like a hit but loyalists and people sick of glossy radio pabulum know is just stink.