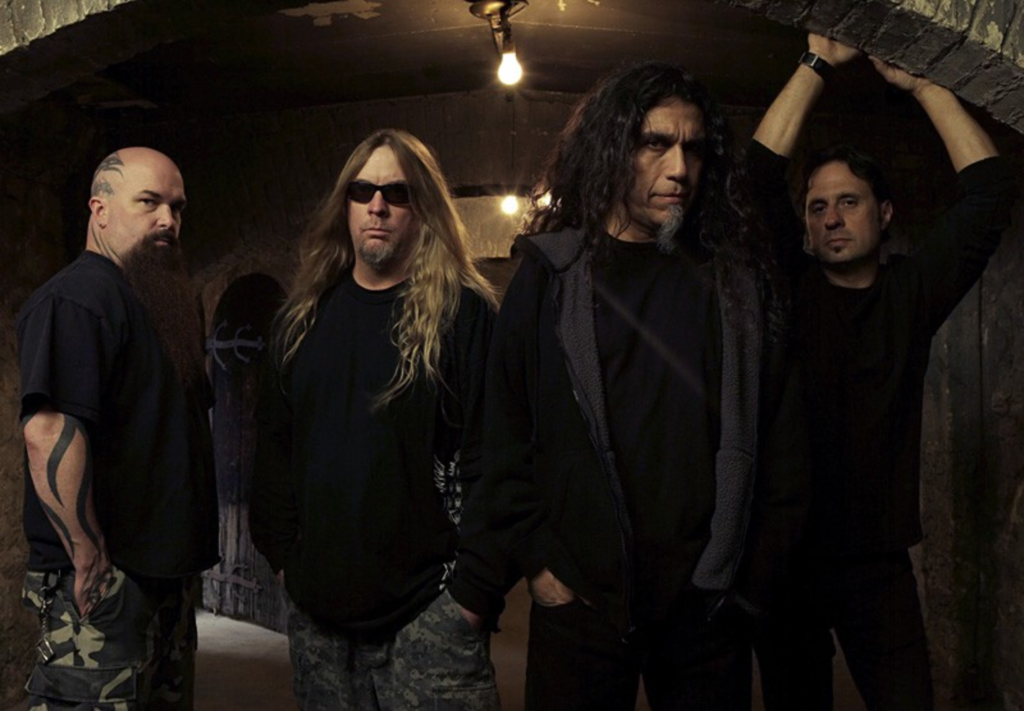 Slayer has maintained its reputation as one of the monsters of metal for more than 20 years, thanks to its unrelenting force and provocative subject matter. The less tangible element of the band’s success, though, is drummer Dave Lombardo, who spoke with us shortly before the band’s upcoming stop of the American Carnage tour with Megadeth and Testament.

Dave Lombardo: Not only stamina has improved but I think also my perception of the drums. I can bring more ideas to the table for each album.

Creating more of a texture, more of a swell, to let you know that something’s coming, and then going into the drum roll. And within each part, having that crescendo.

Trevor Dunn from Fantômas once said your classic technique contained “this swing.”

I wasn’t aware of that until my later years. I didn’t realize what my style really was until he pointed it out to me. I was already playing drums in Slayer with that swing, but now I know exactly what I’m capable of, so now I can exploit it better.

About the satanism and Nazi thing: Have Slayer’s lyrics ever been an issue?

At one time, yeah, it did get under my skin because I felt like it was getting redundant. I was like, how much more of this can someone write about?

When you came back in 2002, how much did you have to repair your relationships with the band?

Anything that I would have needed to talk to them about was all water under the bridge.

And you’ve actually said you liked a lot of the songs they did without you.

Yeah, yeah, they were pretty good! Of course, when I play ’em, I bring my own style to them, but those are some of the greats.

These dates were initially postponed because of Tom Araya’s back surgery. You haven’t had any physical issues because, as you’ve said, your kit is “ergonomically correct.” But you also don’t warm up.

No. [Laughs.] I don’t. I feel like, if I played yesterday, my muscles are still pumped for the show.