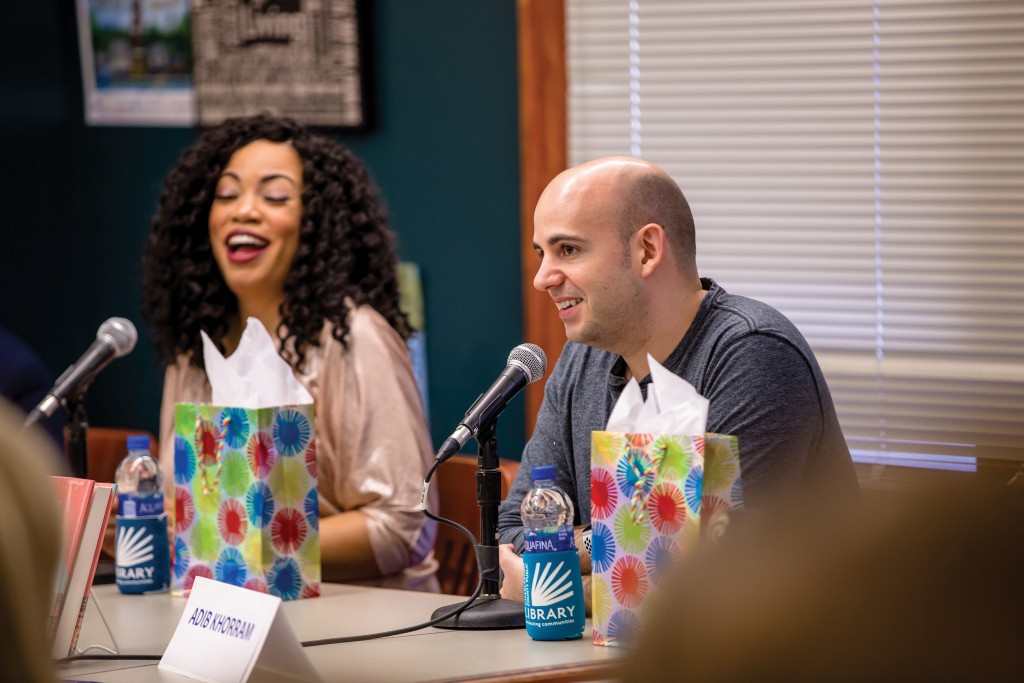 In this tale, on bookstore shelves August 25, readers get a look into Darius’s school life as a young, biracial, gay man in a world that seems mostly white and straight. Khorram says he put a lot of himself into Darius—but not everything.

His Iranian cultural heritage and deep love of Star Trek are both there, but “Darius is a lot more put together than I ever was,” Khorram says.

Khorram, who attended Winnetonka High School, wanted to write something for kids who don’t always seem themselves reflected in popular culture.

“I was very conscious of wanting to write a book that was speaking to people like me, other Iranian-Americans or other biracial kids, and I decided fairly early on to reject the white gaze as much as possible,” Khorram says. “I feel like so often we just expect our media to cater to us, and we don’t even realize it. I never saw Iranians in books, unless they were terrorists.”

Both Darius and his younger sister find themselves to be targets of bullying and discrimination by classmates and even teachers. In book tour school visits today, Khorram says he’s found current teens to be more empathetic than he remembers as a teenager.

The novel also tackles teen relationships. Darius is dating early on in the book, but he struggles with knowing his boyfriend is ready for sex—because he might not be.

While many literary romances start with a cute meeting and end with happily ever after, “that was not my experience with early relationships,” Khorram says. “I feel like most people don’t meet their forever partner when they’re in high school. There is a learning curve to being in a relationship, whatever your orientation. There are skills you have to learn as far as communication and intimacy and when to withhold it.”

Khorram has found support in the local literary community. Normally, he meets up with a group of other authors on Thursdays to write.

As far as institutions go, Khorram lauds Rainy Day Books and The Raven Book Store, as well as, the Kansas City, Johnson County, and Mid-Continent public libraries for connecting authors with the public.

April was supposed to be the first outing for the Paper Plains Literary Festival, a project he’s assisting The Raven Book Store owner Danny Caine with, but the pandemic means the festival will have to wait another year.

“We have had other book festivals before, but none of them were really of the scale that Paper Plains was going to be,” Khorram says.

When it does make its debut, the festival will be a three- or four-day event, supported by grants from the University of Kansas and will feature authors including Colson Whitehead.

Khorram says he admires many of his fellow local writers, including L.L. McKinney, author of A Blade So Black. McKinney agrees that area library systems have been supportive of local authors and would welcome more book festivals in Kansas City.

Something else she’d like to see is publishing workshops that are not just focused on beginning authors, but have something for authors who have some experience already.

McKinney says she didn’t immediately find a community of fellow Kansas City novelists, but now that she has, their friendship has been invaluable.

“We all get together every now and then, and we talk about the industry. With publishing, you’ll learn about something that’s happening, and you can’t tell the world about it for a year sometimes. So we’ll celebrate each other in our secret publishing ways, and it’s a lot of fun,” McKinney says.

Because writing a novel can be very solitary, having the support of others who understand the process helps.

“We talk about each other’s work. Even if a writer isn’t published, and they’re in our friend group, it’s like, ‘Hey, send me pages. Hey, have you nudged this agent?’ We’re still looking out for each other. It’s really fun and uplifting, especially in times like now,” McKinney says.

Without that support, “I still think I would be writing. It would be much lonelier but not so much fun. My family is super supportive, but other writers understand particular things,” McKinney says. “If I lament about something or I get really excited about something, my family will be like, ‘So what does that mean? Is this something I need to be excited about?’”

A community of writers have helped McKinney and Khorram feel supported in their work—and more connected in Kansas City. For Darius, in Darius the Great Deserves Better, he’s on a search to find support, too.

“I do hope [Darius the Great Deserves Better] helps readers understand what it feels like to be othered,” Khorram says.

“Darius thought he knew exactly who he was and what he wanted, but maybe he was wrong,” reads Khorram’s book description. “Maybe he deserves better.” 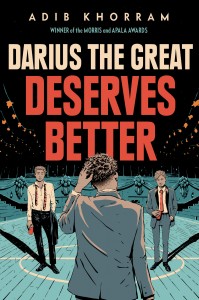 On bookstore shelves on August 25