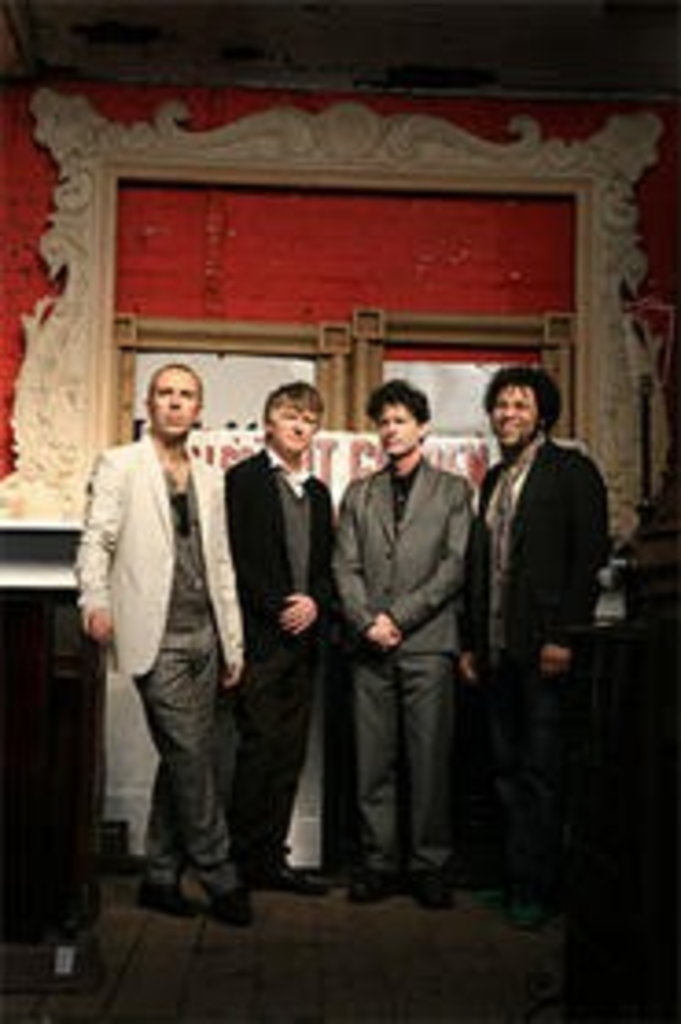 Who doesn’t swoon when Sixteen Candles‘ Samantha hooks up with Jake Ryan over the Thompson Twins’ “If You Were Here?” Or when Lloyd Dobler blares Peter Gabriel’s “In Your Eyes” in Say Anything? And in Mannequin, when Jonathan Switcher marries his dummy while Starship swears “Nothing’s Gonna Stop Us Now”? OK, maybe not the last one. But classic ’80s scenes like these aren’t squat without the heart-soaring soundtrack.

Crowded House‘s totally romantic 1986 hit, “Don’t Dream It’s Over,” was never employed for such a scene, and that knocks us out of our penny loafers. By combining all our favorite ’80s movies, we present a few options for righting the wrong.

Title: I’ll Gladly Pay You Tuesday for Some Kind of Wonderful Romance Today

Synopsis: Molly Ringwald is a quirky sophomore from the wrong side of town. Paul Dooley is her addled father. Dad can’t hold down a job, so he bums money to pay for the hamburgers he so desires, which causes a major role reversal in their parent-child dynamic.

Ringwald’s tomboy best friend, played by Mary Stuart Masterson, is obviously in love with her, but Ringwald’s hot for senior Andrew McCarthy. He reciprocates, but snobby pals James Spader and Terry Kiser (as a corpse that everyone pretends is alive) aren’t having it.

After she avenges the malicious injury Masterson suffered against evil Thailand kickboxing champ Tong Po, Ringwald makes herself a pink dress and hightails it to the prom. McCarthy takes one look at her and knows she’s the one. After some drama in the parking lot, he embraces her and they lock lips.

Title: Better Off My Saturday Night Sure Thing

Synopsis: John Cusack is the cute-but-awkward boy next door. Ally Sheedy, a French exchange student, lives with lecherous robot neighbor Johnny Five. Sheedy’s only escape is her love of baseball and Pixie Stix sandwiches — until she meets Cusack. The two embark cross-country to California, where he’ll finally get to go all the way with Nicolette Sheridan, and she’ll finally get to see Dodger Stadium.

They stop at a roadhouse in Jasper, Missouri. When a totally buff-but-thoughtful bouncer puts the moves on Sheedy, a jealous Cusack realizes she’s the one. After some drama in a walk-in freezer, he takes her in his arms and the two mash faces.

Title: Can’t Buy Me the Legend of Over the Top, Loverboy

Synopsis: Patrick Dempsey is a tousle-haired nerd who trims lawns during the summer. Luckily for the MILFs in town (Jacqueline Bisset, Kirstie Alley, Margaret Whitton), Dempsey is mowing more than just grass. When the object of his affection, pixie-haired vigilante Helen Slater, finds out Dempsey is the town gigolo, she’s disgusted. He knows that in order to make right, he must earn an honest living.

Dempsey decides to win her back by becoming a professional arm wrestler. When he triumphs at an arm-wrestling championship in Vegas, she knows he’s the one. After some drama by the slot machines, she wraps her arms around his neck and shoves her tongue down his throat.

They come, they come/To build a wall between us/We know they won’t win …