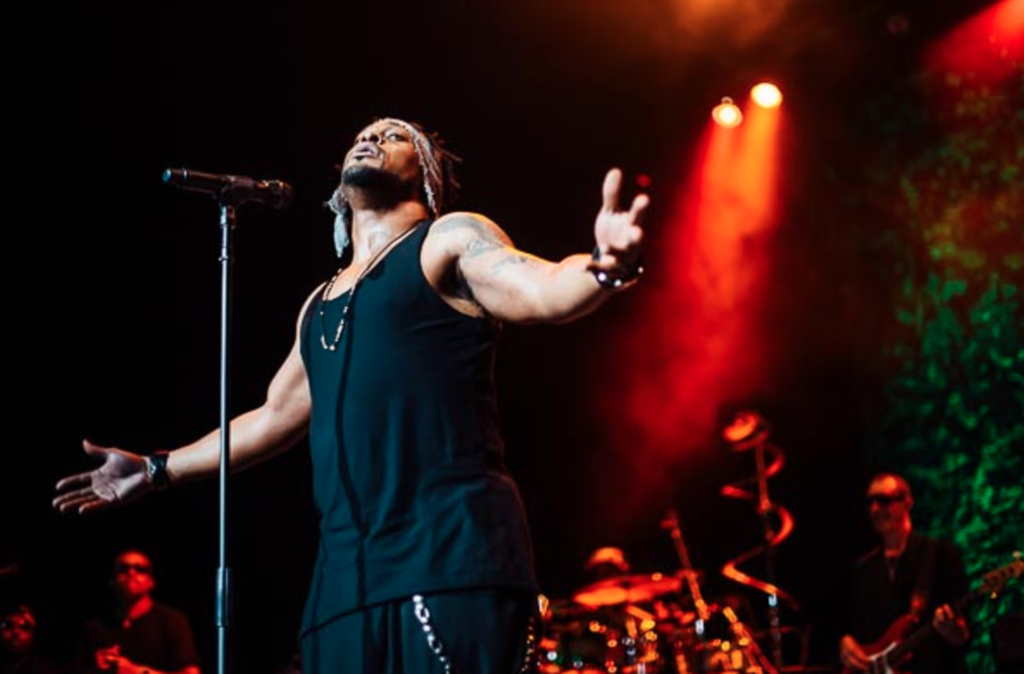 The crowd was rather sparse last night for D’Angelo’s Midland show, but if the legendary singer was disappointed by the turnout, he didn’t let it show. From the moment the much-missed star emerged on stage – around 10 p.m., a full hour behind his scheduled start time – D’Angelo was a jubilant, mesmerizing figure.

As his immense 10-piece band the Vanguard – which including a saxophone and trumpet player – began the opening notes of “Ain’t That Easy,” off December’s highly anticipated Black Messiah, D’Angelo strutted to the microphone stand in the center with a wide smile already plastered across his face. Wearing a long brown coat with large-pattern cutouts and a wide-brimmed hat sat atop his scarf-covered head, D’Angelo arrived looking like a mystical figure come to dazzle us with potions and wisdom. 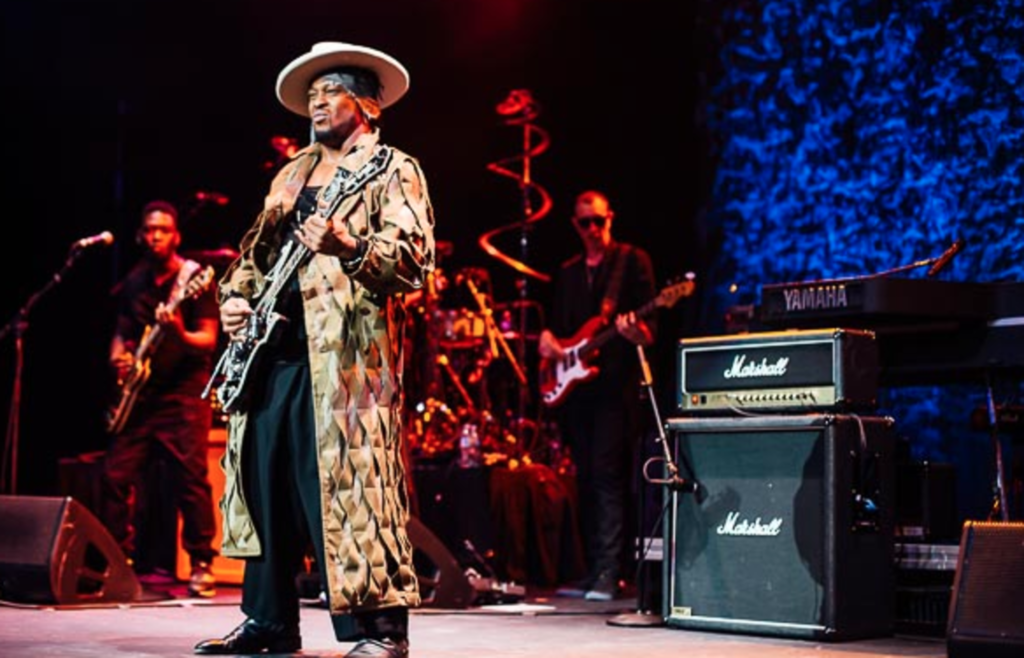 Dazzle he did. D’Angelo didn’t have much in the way of banter, save for the perfunctory Kansas City shout-outs, but there was a notable moment where he asked the crowd what they thought of his band and turned the microphone out as he beckoned for concertgoers to call out an enthusiastic “Vanguard!” on his command. This was a key indication for how the rest of the nearly two-hour set would present itself: It was always D’Angelo’s show, but the Vanguard was as much a centerpiece as he was.

The first set – largely featuring material off Black Messiah – progressed quickly over the first hour. D’Angelo make frequent trips off the stage to swap out a hat or, in the case of “Really Love,” don a silky black poncho. He seemed constantly on, a super-charged mass of energy, and he conducted his band with a zealous precision. Every song demanded a specific set of choreography from his three backing singers, from the quasi-sign language attached to every changing beat on “Betray My Heart” to the constant footwork that seemed continually changing. 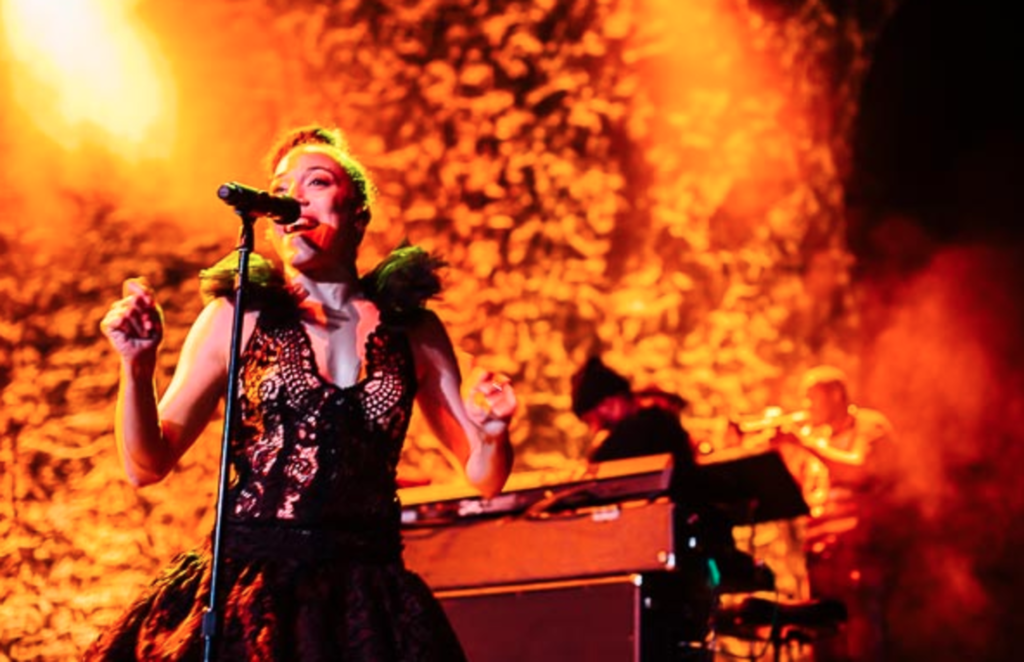 D’Angelo’s two male backing vocalists, on his right, handled these movements well enough, but dancer and vocalist Kendra Foster was truly magnificent throughout. If anyone was able to tear their eyes away from the headliner, it was because Foster was twirling and contorting along with the grooves. In the brief interlude leading up to “Really Love,” Foster delivered a stunning bit of ballet before singing the song’s Spanish introduction before D’Angelo returned to the stage.

“The Charade” was a powerful tangle of guitar solos as D’Angelo, strapped with a glittering guitar, huddled with his two guitarists – Isaiah Sharkey and Jesse Johnson – as a barrage of flashing lights emphasized the song’s mighty crescendo. “Brown Sugar” found D’Angelo demanding hands in the air from the crowd – a frequent request of his, which the audience was only too happy to comply with. D’Angelo was in the mood for a party, and he wanted to make sure everyone felt like they were at one. 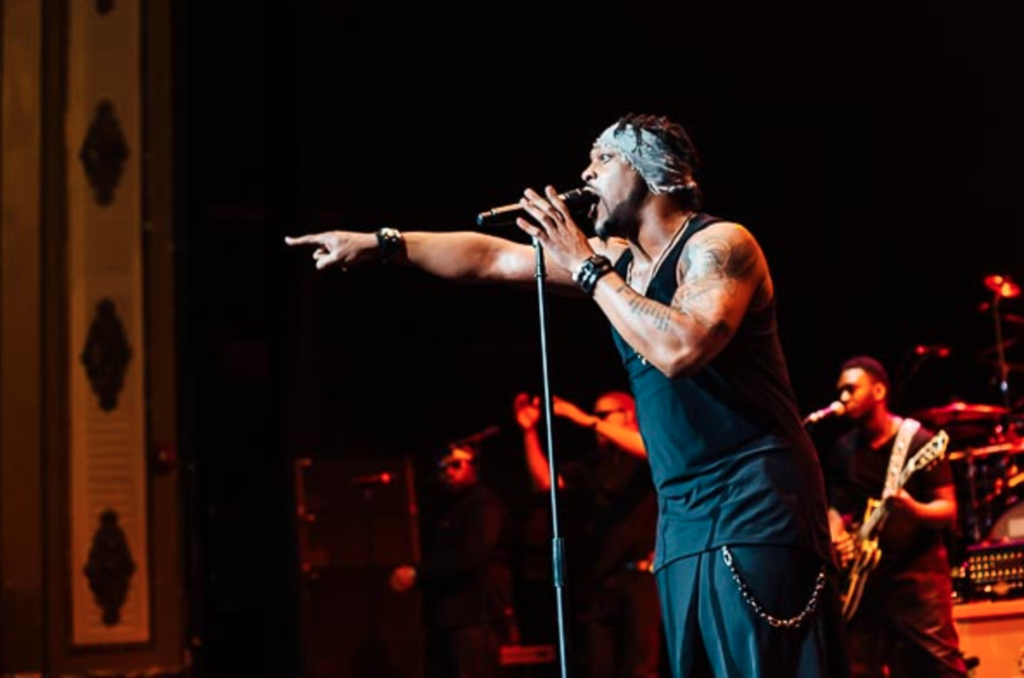 The set ended on “Sugah Daddy,” a song that first began with D’Angelo seated at his piano and ended with him at the edge of the stage, tossing the microphone stand around and executing some James Brown-worthy yelps. Here, again, was another example of the utter dexterity of the Vanguard and his total control over the players, as he counted the 45-and-a-half punching beats that finished the song. It was a glorious, holy moment, and D’Angelo bade an immediate farewell to the audience when it was over.

But it wasn’t really over, and minutes later, he was back for a four-song first encore. An outfit change had D’Angelo looking fresh once more. The choreography for “Back to the Future” had him stalking the stage from right to left with his backup singers (and those close enough might have noticed a quick corrective instruction to one of the guys, another mark of D’Angelo’s hawk-eyed perfectionism), ever joyful. He disappeared once more before the second encore, and many in the audience had left by the time D’Angelo finished the extended jam that burst out of “Untitled (How Does It Feel).” 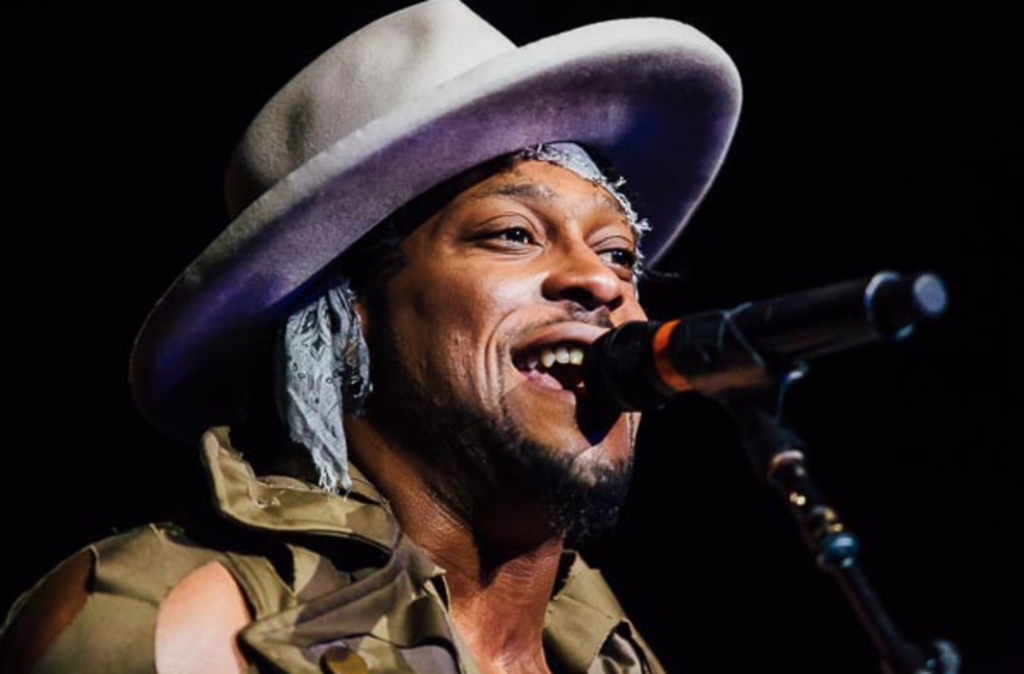 As it turns out, “The Second Coming Tour” is an apt title. Fourteen years after the release of his critically acclaimed Voodoo, D’Angelo’s Black Messiah came like an answer to our thousands of prayers. On record, he sounded as good or better than he had ever been – and last night at the Midland, he proved that it was worth the wait. If this is what we get for our patience, he can take another decade and a half if he wants.

Leftovers: Australian singer Meg Mac was ill and unable to play her opening set; her band played a short jam session in her stead. This was disappointing – Mac has a gorgeous voice, and it would have been great to see her. Sample her tunes here.

Setlist:
Ain’t That Easy
Betray My Heart
Spanish Joint
Really Love
The Charade
Brown Sugar
Sugah Daddy
—
Another Life
Back to the Future
Left & Right
Chicken Grease
—
Untitled (How Does It Feel)