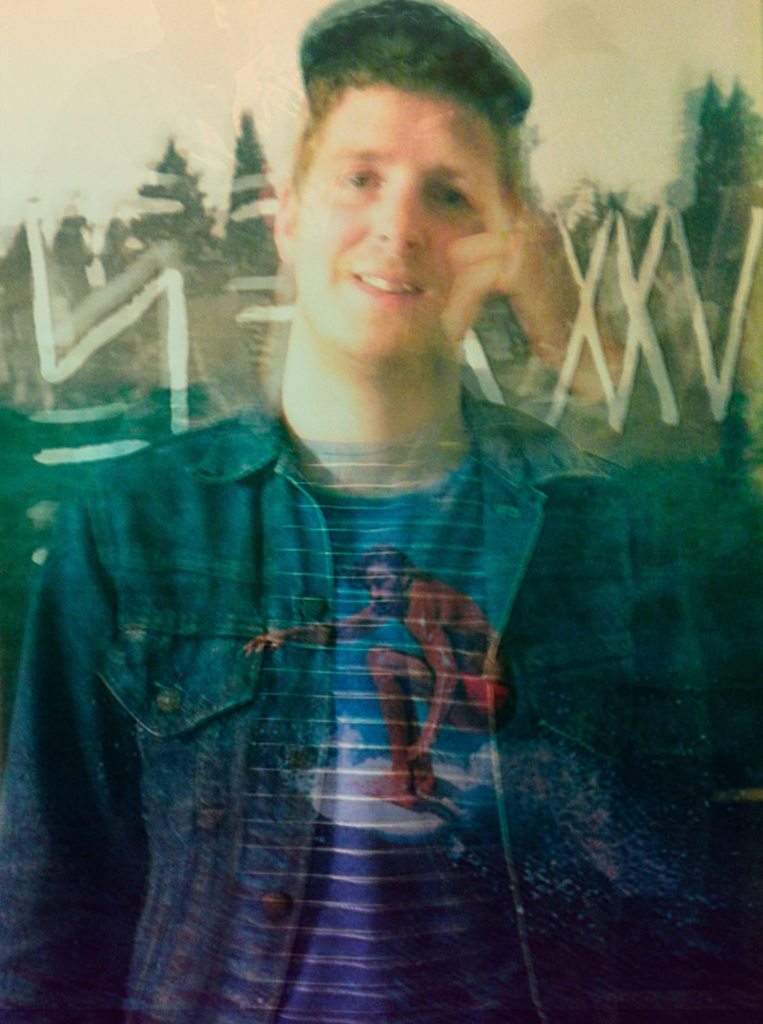 Dan Eaton is a gentle, curly haired 25-year-old who speaks so softly that I found myself inching my tape recorder more toward his side of the table throughout the course of our interview. At one point, I grew so concerned about the tape not picking up his voice that I considered asking him to hold the device up to his mouth and speak directly into it.

It’s nearly impossible to imagine him fronting a hardcore band and scream-singing into a sweaty mic down at El Torreon. But that’s exactly what he was doing about 10 years ago.

“My band basically wanted to be Saved By Grace, which was this hardcore band that played around town in the early 2000s,” Eaton says, his posture polite in a red booth at the Brick. “Yeah, I think people thought it was kind of weird to see me doing that onstage, even back then.”

His current focus, the electronic-pop project Motorboater, might be better suited to Eaton’s nature (and easier on eardrums). A couple of years ago, he began experimenting with a drum machine and keyboards — a not-uncommon path for quiet, artistically curious young men — and sent demos to Nathan Reusch and Mike Russo, who helm local label the Record Machine. “I thought it was a fresh sound, and one that I was also hearing in bands that were starting to emerge at the time, like Toro Y Moi and Washed Out,” Reusch says.

The label released Motorboater’s debut, P/U Yr Heart, last year. This week, the follow-up, Sport, arrives. In the year between the releases, Eaton’s project has expanded from its bedroom origins. Eaton executes a high-energy, Mac-and-mic performance live, filtering his vocals through guitar pedals. This developing approach influenced Sport. “The first record was a lot of fooling around with ideas, kind of just for fun,” he says. “With the new one, I was thinking more about audiences and crowds. Like, would people dance to this BPM?”

Sport is also tighter from a production standpoint. Eaton recorded his voice on the debut using iSight software on his MacBook. This time, he sought to maintain a lo-fi sound while cleaning up the tone on his vocals. Reining in the keyboards was another objective. “I guess I’ve always been fascinated with layering synths on top of other synths to make a really huge sound,” Eaton says. “But at a certain point, you add too many, and the whole thing just sounds smushed. So a lot of this record was just figuring out how to get the right sounds out of my instruments.”

Stylistically, Motorboater is most comparable locally to Max Justus, but Eaton insists that they have less in common than one might think. “Max does polished, professional electronic music,” Eaton says. “He’s very well-trained musically. I just kind of put sounds together and try to make them sound right. I mean, I like the way I sound, but I really shouldn’t be mentioned in the same sentence as Max.”

In fact, the finest moments on Sport are the ones least likely to be confused with the party-starting electro beats that Justus executes so well. On “Melky,” Eaton subtly transposes the bass line of Otis Redding’s “(Sittin’ on) The Dock of the Bay” and marries it to a guitar-driven mariachi melody. On the page, that might sound a little too Girl Talk. On the record, with Eaton’s tender voice soaring over the track, it’s easy to forget that any sampling has been done.

“With sampling … I try to find sounds that fit with what I already have, rather than build the song around them,” he says. “And I try to find a middle area where, after I’ve manipulated the samples, there’ll be some people who recognize them and some who won’t.”

Another Sport highlight is “Left Limb,” an airy track rooted in an electronic beat but adorned with a prominent, melodic synth line. “I really want Motorboater songs to create a specific atmosphere, for people to be able to picture something through the music,” he says. “When I finished that song, I felt like I’d done that.”

Whether Eaton’s live setup evolves to include live instruments and other musicians is a topic that he continues to mull over. He likes the prospect of deepening his performances, but he says adding a band might strip away some of his project’s personal aesthetic.

“Honestly, if I walked into a club and saw a guy with a laptop and a microphone, I wouldn’t be especially excited about what was going on,” Eaton says. “I want my shows to be more interesting than just this is a DJ who sings. I could run around and get in people’s faces like Dan Deacon or somebody, but that’s not really who I am. Or I could play it very cool, like a hip-hop guy, but I don’t feel that cool. So I guess I’m still trying to figure how to make my music do what I think it should do.”