Daily Briefs: Two kinds of apology from me to you. Plus: What does Calvin think?

MyFox doesn’t hate you. It just doesn’t care that you’re alive: If I had to pick a favorite local news channel, Fox 4 would definitely be in the running. Because in this crazy old Good Luck Chuck-making world, you need at least one island of stability, and I know for a fact that no matter how much the world changes, Phil Witt will always look exactly the same as he did in 1979. It’s weird. But comforting! 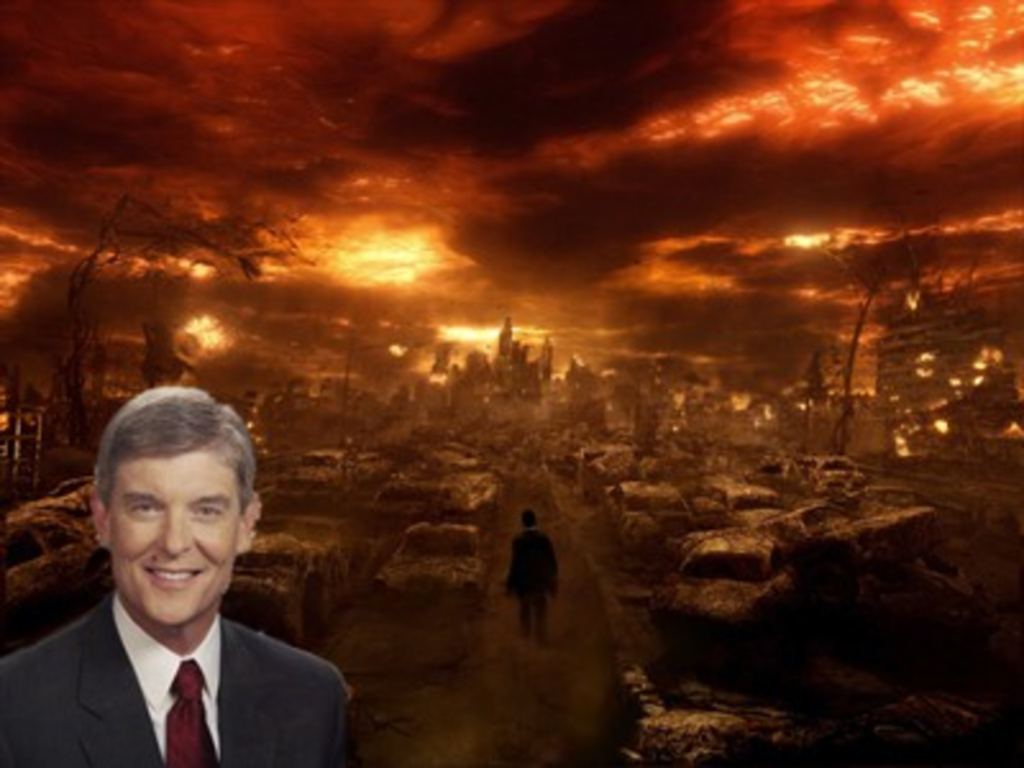 Anyway, I occasionally link to stories on the Fox 4 Web site, and I owe you two kinds of apology for that: the regular, retroactive kind of apology, and also the pre-emptive kind, because I know I’ll do it again in the future. But I’ll do it soberly, the way you amputate a leg in order to save a dying puppy, because the Fox 4 site is the most disastrously bad site of all the local broadcast stations.

That’s like being crowned the king of the floating island of human excrement that’s choking off aquatic life around the Florida Keys, because all those Web sites are terrible. But in addition to its obvious retina-searing ugliness, the Fox 4 site loads, like, 12 different scripts and hijacks your browser for 20 or 30 seconds, apparently in order to launch a javascript newscrawl — just like the one on the Fox News channel! Whereas the one on Fox News says stuff like, “Cannibal sex parties: New trend for Democrats?” the one at the Fox 4 site says, hilariously: “Make myfoxkc.com Your Homepage.” Why does that particular phrase have to crawl across a frame in your browser? I don’t know. Science indicates that it actually will fit on your screen in its entirety.

So I hereby apologize for two things: (1) suggesting that there is a floating island of human excrement around the Florida Keys, which would be awesome from a news-gathering perspective, and (2) the following link to Fox 4.

MyFox Fan Fiction: Fox 4 is expressing journalistic outrage on behalf of you, the common man. The problem? A new road-tax system that penalizes the drivers of older cars. Did the treasury slip it through “on the quiet”? According to Fox 4, yes! The station tentatively adds the following piece of speculative, science-fiction-like journalism: “News of the levy is likely to provoke fury among motorists who have already been hit by soaring fuel costs.” But how likely? Seventy-five percent? Eighty? If we’re dealing in probabilities, the news copy-writing staff should take a page out of meteorologist Mike Thompson’s book and switch to the time-tested Pop-O-Matic Bubble method of reporting. Otherwise, you need to cite your sources: “According to my ass, motorists will be furious.”

Bumper sticker polemics: Oh! The federal excise tax on gasoline isn’t actually used to fund the government department responsible for cataloging all the varieties of indigenous dust mites. What a surprise. The Hillary Clinton-John McCain plan for summer gas-tax relief would actually cut off funding for roadway projects. That’s no problem in Kansas City, a town so tough, the streets are actually made out of steel plates, like the skin of a battle robot. But if you get the impression that I think the whole proposal is a whorish, pandering attempt at garnering the approval of blue-collar voters who can barely keep their heads above the payments on their gas-guzzling F-150 pickups, you’ve obviously seen the sticker in my car’s rear window: 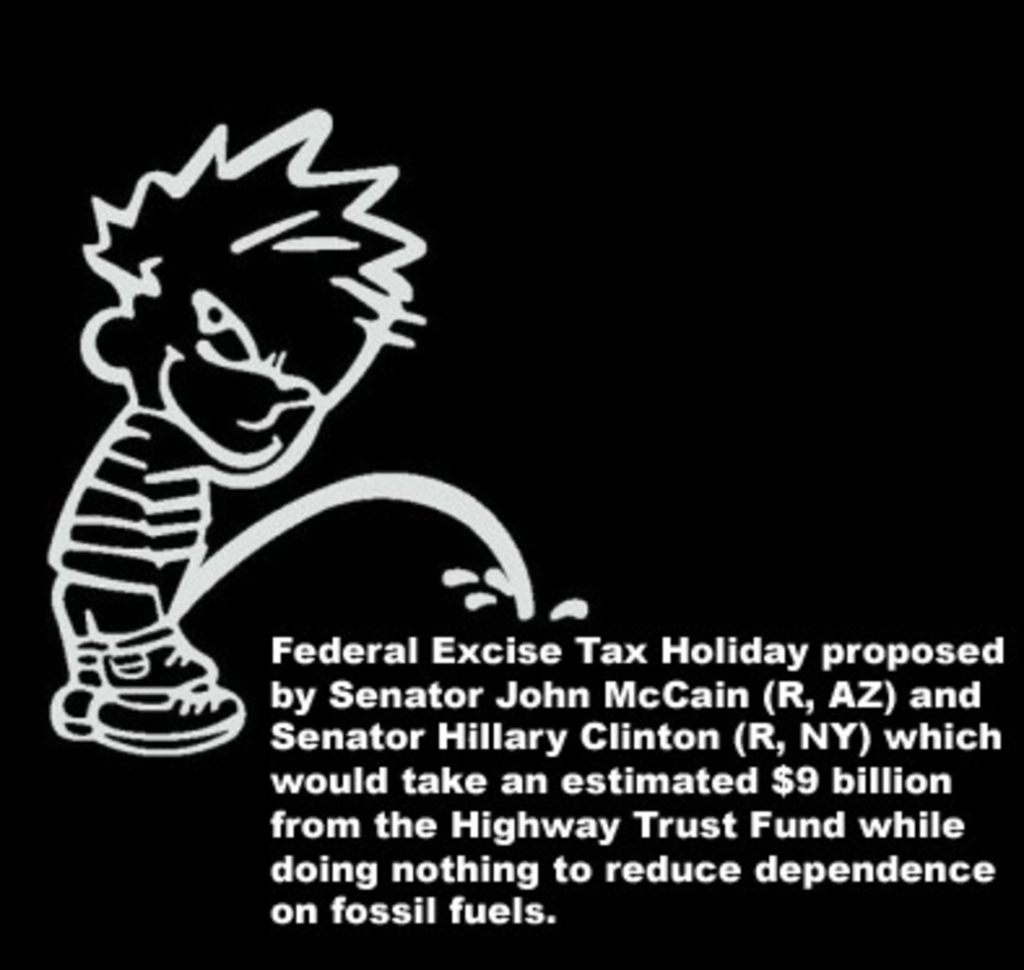 It’s not pithy, but framing my arguments in formal “Calvin pissing” dialectic is my Fox 4 way of appealing to you, the common man.