Daily Briefs: The Eve of a Four-Day Work Week

Westport decides it no longer needs customers: In an effort to completely and permanently cede all nightlife business to the Power & Light District, Westport has made the douchewitted decision to start charging for parking starting at 8 p.m. on Friday and Saturday nights. In an M.C. Escher display of solipsistic Moebius strip logic, some unnamed Westport representative claims it will somehow make the area more “patron-friendly.” I haven’t figured that out either. Maybe parking fees engorge some kind of patron geniality fund for dispensing hot towels and savory snacks to passersby, but if I have to have to pay to park my 1989 Pontiac Fiero in your entertainment district, I’m even less likely to drink at America’s Pub than I was in the first place. The last time I checked, huffing was still free, Westport, and I don’t have to stop and park my car to do it.

My brain had an epiphany: Some scientists finally got irritated enough with the proliferation of UFO abduction stories, out-of-body experiences and near-death tunnels of light that they went out and debunked it all with one big theory about how the brain models the world and the body. By deliberately disrupting neural activity in the temporo-parietal junction, they could induce a variety of weird sensations, including out-of-body experiences. Scientists being scientists, I assume they did this by spraying chemicals into the eyeballs of monkeys, nature’s guinea pigs.

All of this is relevant because the other night, while I was heating up some Hot Pockets, I suddenly floated up out of my body to the ceiling and, for the first time, saw myself the way everyone else does. “Fuck! I think I’m having a stroke,” I thought, but then I realized that I could still raise my hand and use it to smooth the mustache I’ve been working on in order to seem more authoritative, like a cop. As it turns out, there’s something wrong with the cavity magnetron and the microcontroller circuit inside my microwave oven, and my head was getting 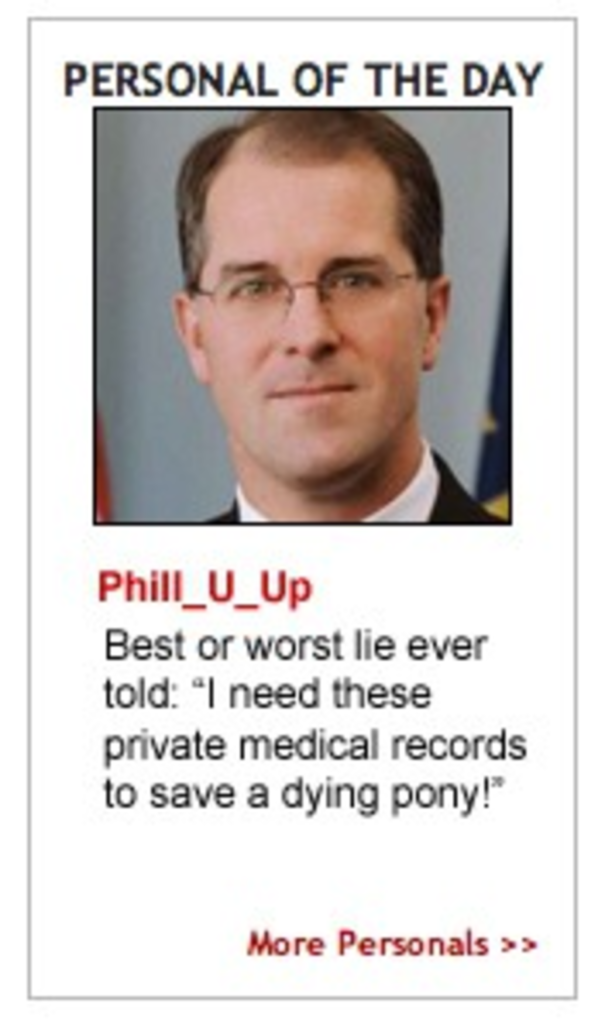 bombarded with magnetic waves whenever I cooked anything. Looking down at myself during my brief reverie up by the ceiling, I thought: “What a shlub. Who actually gives a shit what he thinks about national politics?”

Fortunately, we have The Kansas City Star‘s Steve Kraske, the honor roll student referenced by the bumper sticker on a proud America’s minivan, and the recipient of the X Games gold medal for X-treme Earnestness. He and Dave Helling have written up a pretty good summary of the Clinton campaign’s year-long series of hilarious pratfalls in its ongoing tumble toward political irrelevance. This frees me up for my morning regimen of hair-feathering and mustache-fluffing, which I no longer perform in front of the mirror; I just turn on the microwave and see exactly what everyone else does. And I have to say, America: I like what I see.

What do you have to do to get fired around here? Is the Kansas City Police Board sending the wrong message to criminal fetuses? Because they’ve recommended that officers Melody Spencer and Kevin Schnell be terminated, effective February 7, 2007, for ignoring Sofia Salva’s request for medical attention during a traffic stop two years ago. As the law-enforcement tough-on-fetuses policy reaches its omega point, maybe we should pause to reflect on all the known criminals who actually started out in fetal form and were brought unimpeded to full-term. As a society, we’ve more or less chosen to give the babies, including baby terrorist Tim McVeigh and baby criminal mastermind Hans Gruber, the benefit of the doubt. Just like maybe police could give pregnant ladies the benefit of the doubt about unusual abdominal pain — even if they’re not Caucasian!