U.S. in the leathery driver’s seat of Citibank, and a dream about an eccentric musician: Welp, here it is: Lee Greenwood’s boyfriend, the United States of America, is going to control up to 36 percent of Citibank, having already handed it $45 billion as a kind of prize for being so catastrophically inept at being a bank. Do not call it “nationalization,” or Jim Cramer’s head will pop like a zit on your girlfriend’s back. Seriously, I think she needs a dermatologist or something? On the other hand, since the United States is converting preferred Citibank shares to common shares, the plan protects shareholders, the tiny, precious puppies caught in America’s torrential economic flood, without actually devoting any more tax dollars to Citibank. It is very important to protect the shareholders from their stupid investments. And last night, I had a dream that I was at Denny’s having a conversation with Daniel Johnston about his music, which was probably triggered by hearing “Premarital Sex” on the Hype Machine the day before yesterday, and was inexplicably too absent-minded to download it for free when I had the chance. Proably because at the time, I was preoccupied with posting TEN ITEMS IN ONE DAY, which I literally did with one of my brain’s hands tied behind my brain’s back. So easy for my brain. Why do I have to ruin my petal-soft, lilly-white hands with manual labor when I was clearly made for finer, more velvety things?

When Johnny Comes Marchin’ Home From Khorramabad: President Barack Obama has said he would withdraw America’s army men from Iraq on a sensible timetable dictated by the advice of his military advisers, which apparently nobody believed, because now a bunch of Democrats are unbelievably angry that he’s actually doing that. Instead of pulling them all out immediately, I mean. Today, Obama announces plans to withdraw the bulk of U.S. forces by August 31, 2010, so mark your Kittens in a Basket calendars and tie a yellow ribbon ’round the old oak tree and keep reachin’ for the stars. While I’m on the subject of Barack Obama, a note to all you lefty bloggers: I like Obama as much as the next America-hating socialist commie abortionist Muslim, which is actually my second job, all praise to Allah, the Creator, the Originator, The Fashioner, to Him belong the most beautiful names: whatever is in the heavens and on earth, do declare His praises and glory, plus it’s DOUBLE COUPON DAY down at the clinic all day Friday.

But if I was creeped out by all the Republicans who went around talking about “Our President” back when Bush was in office, I’m doubly creeped out when you do it, because Jesus, you know better. Knock off the “Our President” and “Our Commander-in-Chief” business. Barack Obama is not my fucking Commander in Chief, because I am not in the goddamn Army. Jesus, we elect one good Dem as President and it’s like you all turn into a bunch of creepy ghost twins. This is you: 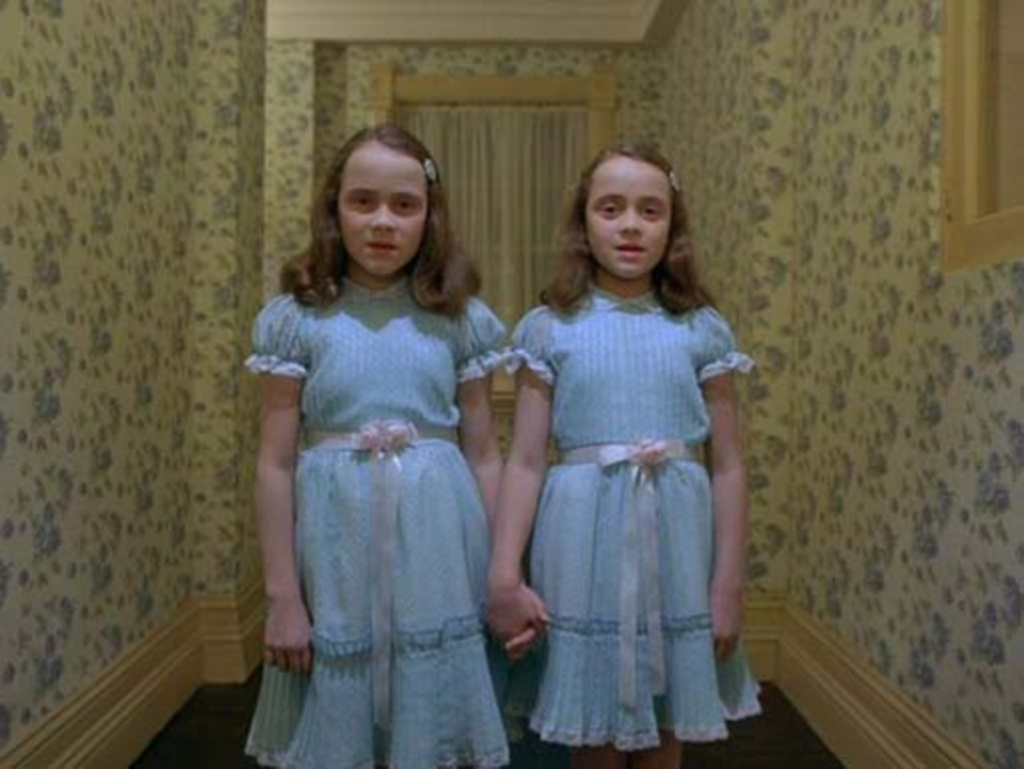 Finally, last night I dreamed that my friend Nadia was making fun of me because my favorite videogame console from two generations back was the Nintendo 64 and not the original 32-bit Playstation, because Jesus Christ, those fucking load times.