From the “We Don’t Have a Shooting Yourself in the Foot Department But If We Did” Department: Wal-Mart’s brain is a genius at business! Back in the 1990s, everyone thought Wal-Mart would take over the planet because of its evil genius. This story does not advance that theory: Wal-Mart fired Flagler Productions Inc., the Lenexa company that had for decades captured unguarded footage of top Wal-Mart executives. But the company did it without negotiating the acquisition of any of that footage. Then, when Flagler offered the footage to the company for several million dollars, Wal-Mart countered with a $500,000 bid before suggesting that Flagler reuse the old video tapes to save money. So Flagler turned its archives into a Wal-Mart Lexis-Nexis for historians, political campaigns and lawyers. And it’s hard to argue that Sam Walton is somehow set on “Rotisserie” in his coffin thanks to this colossal business fuck-up, which is directly attributable to the cost-cutting culture he fostered at the company. 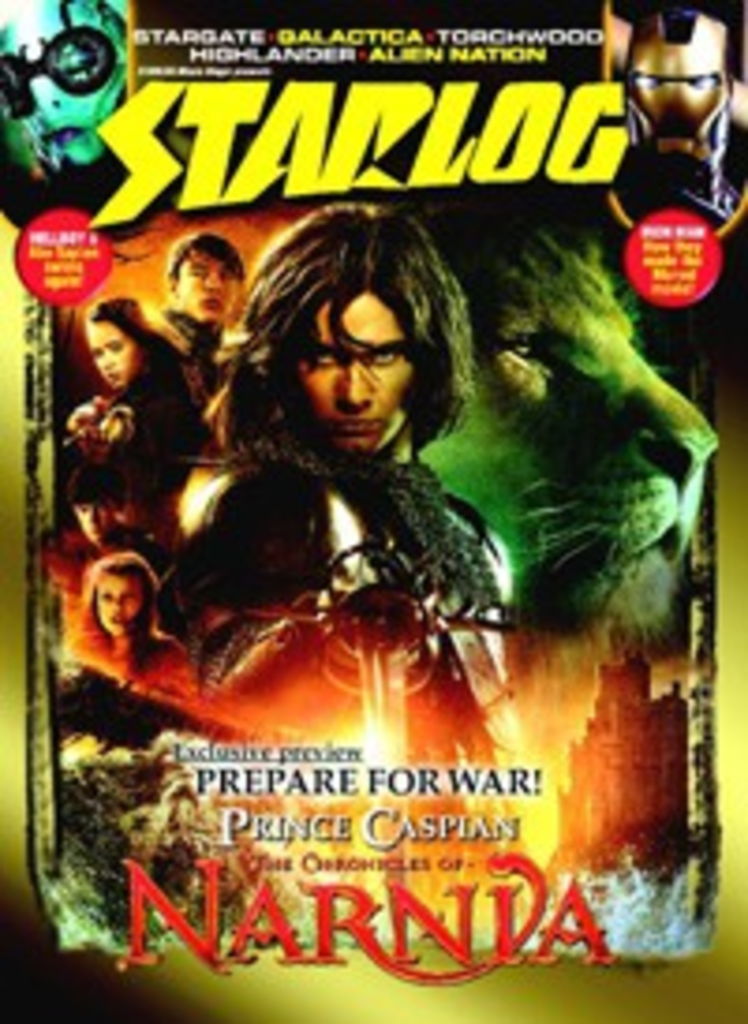 ROCK CHALK STARFLEET! WHOOOOO! Next week’s Sports Illustrated cover will feature a photo of Jayhawk Mario Chalmers making Monday’s 3-point, game-saving shot. In a blow to hometown Speed Racer fans, the new issue of Starlog will feature a Chronicles of Narnia cover. What the fuck? Do the editors at Starlog have their Indiana Jones-hat-wearing heads up their KFC Famous Bowl-fed asses? What’s with the obvious pro-C.S. Lewis bias, nerd fascists? This is exactly why I read Apex.

Keep On Truth Truckin’: An out-of-town anti=abortion activist named Ronald Brock has collected an apology from Olathe Police Chief Janet Thiessen, who hassled him for driving around Olathe in his Truth Truck — which is basically the Operation Rescue version of an attention-grabbing Oscar Mayer Wienermobile. Only instead of a giant hot dog, it has pictures of aborted fetuses and victims of the Jewish Holocaust during World War II.

Putting aside claims about Planned Parenthood’s relentless pursuit of the elusive Anne Frank, and also setting aside Brock’s constitutional right to drive past grade schools in a truck decorated with mutilated fetuses, I’m only going to focus on the issue of tactics. Take PETA, for example. I like animals as much as the next Chris Packham — to be clear, I’m talking about Chris Packham, the famous British zoologist with the world’s sexiest name, who demonstrably likes animals — but honest to God, every PETA billboard I’ve ever seen in my entire life has made me want to cook kittens the same way we cook lobsters. What I’m saying is that even if I actually liked babies, Operation Rescue’s corporate fleet of Truth Trucks would turn my baby-loving head around.

“Sometimes he was cinnamon!”: If it isn’t obvious enough that Stairway to Stardom was the greatest public-access television program of all time, here is Precious Taft doing what I imagine William Shatner would have done if he’d been a black woman: