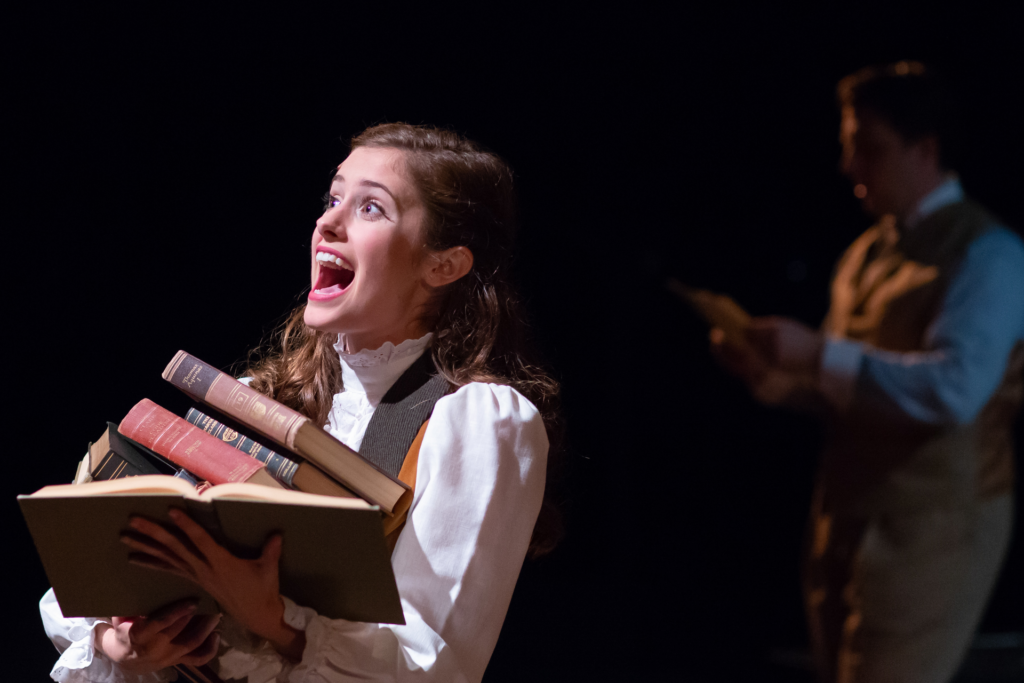 The romantic chamber musical — book by John Caird, music and lyrics by Paul Gordon — opens with a spirited song by Jerusha Abbott, the “oldest orphan in the John Grier Home.” A mysterious benefactor has offered to pay her way through college and provide her a generous allowance each month. The catch: she must write him a letter each month reporting on her progress and sharing “details of [her] life.” Her benefactor will remain anonymous; she will never meet him in person or even receive a reply.

Jerusha takes the deal but almost immediately reneges on the terms. She’s desperate to find out who’s on the other end of the envelope. She knows he’s tall — she saw his spindly, spidery shadow stretch across the orphanage grounds — so she addresses him “Dear Daddy Long Legs.” She peppers her letters with questions and tries to provoke him into responding by making impertinent assumptions about his life.

Cut to a well-appointed study in Manhattan, where her benefactor, a youngish aristocrat named Jervis Pendleton, chuckles gamely over Jerusha’s letters. She thinks he’s old, but he’s not! He sings a song about it — “She Thinks I’m Old” — and coos over her “quaint” humor, which is slightly more fun than “watching the drying of paint.” Oho!

Jervis soon falls head over heels for the witty orphan he’s sponsored, but he doesn’t want to break his own rules. So he travels to the college under the guise of visiting his niece and meets Jerusha as Jervis — never revealing that he’s also the “Daddy” reading her innermost thoughts and cutting her checks.

If you’re a millennial with a diseased mind and joyless heart like me, you probably have a few questions by this point. I have anticipated and answered them!

Wait. Are you trying to tell me a musical called Daddy Long Legs is about the straights?

Implausible though it may seem…yes. This musical is very sweet and sincere and straight in every sense of the word. Jerusha sings “Daddy, I’m no good at being bad” at one point and no one even snickers.

In fact, Jerusha calls her patron both “Daddy” and “Master Jervy” as terms of endearment throughout the play. She never once dons a leather corset while gyrating to Goldfrapp’s “Strict Machine.” Their relationship is extremely chaste and sweet, and the playwrights are careful to inform us that Jerusha is, in fact, of legal age.

The power dynamics are obviously a bit creepy — at one point, a jealous Daddy intervenes to block Jerusha from seeing an age-appropriate boy — but nothing that can’t be masked by a sugary piano run.

That sounds a little sexist. But hey, different times, amiright?

Sort of! The musical was written in 2015. It’s a period piece based on a 1912 epistolary novel of the same name by Jean Webster. The story’s been adapted for stage and screen several times over the past century.

To be fair, Jerusha eventually begins to rebel against Daddy dearest. And really, what art would we have left if we didn’t allow lonely, wealthy men to enact their Eliza Doolittle fantasies on spunky young girls?

How are the performances?

Great! Sarah Crawford’s a peerless musical director, and Samantha McHenry, who plays Jerusha, has a hell of a voice. She’s earnest and plucky and even earnest-er and pluckier in Act II. You get the feeling Crawford hissed “gimme 30 percent more moxie” during intermission. 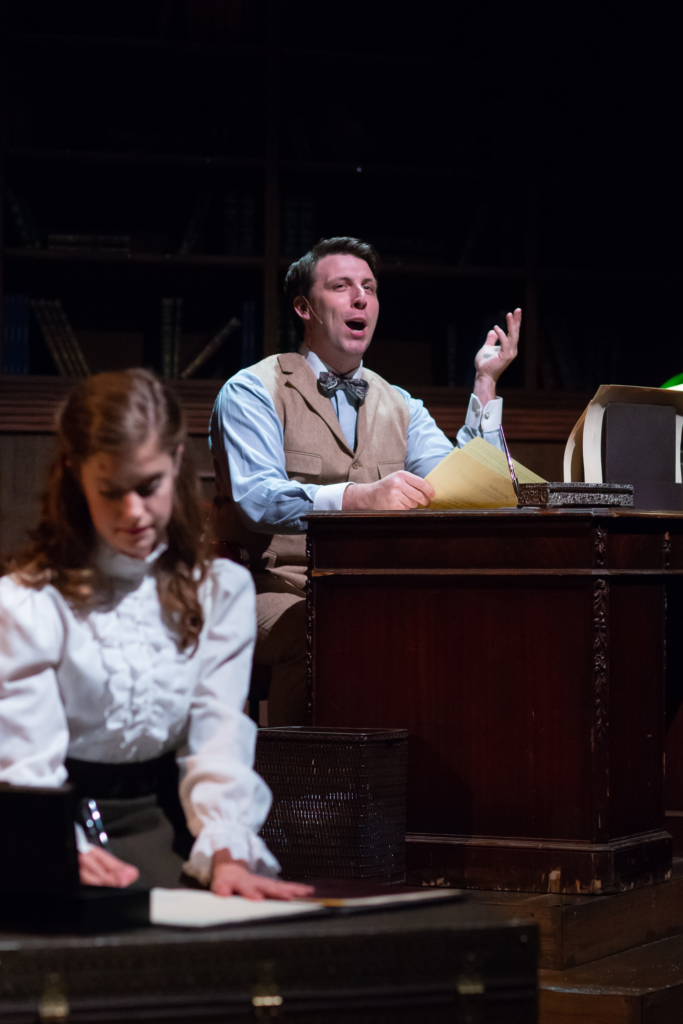 There’s not much spontaneous or surprising about McHenry’s performance, but some of that’s the part. The musical’s not-so-secretly about Jervis, even though he has less stage time. Jerusha may get an education, but Jervis gets the emotional arc.

Fortunately, John Cleary is low-key exceptional in the role. Cleary’s performance is honest, deft, and understated in a way that I suspect will yield him less praise than he deserves.

Are the songs any good?

Yes…ish? Gordon’s music has the tinkle-y stink of Jason Robert Brown all over it. It’s upbeat and romantic, lush with frilly piano passages and barreling ostinatos. Everything’s pleasant, but a lot of the songs sound the same. Still, you can’t fault Spinning Tree’s musicians, helmed by keyboardist and human metronome Jeremy Jacobs.

The show’s lyrics are mostly sharp, too, though there are a few clunkers (“the city’s full of questions that you must find out”) and yoga-bag slogans (“the secret of happiness is living in the now.”)

How do you stage a bunch of letter writing, anyway?

Crawford and scenic designer Julia Ubert are up to the task. Ubert has crafted one of the most polished sets I’ve seen in the Just Off Broadway space. Pendleton’s study is suitably bougie, with skyscraping library shelves and Very Serious wallpaper. Everything’s angled to maximize sightlines and help Crawford and her cast exploit (and subvert) power positions.

The downstage area is littered with many-sized steamer trunks that Jerusha tugs around the stage to form writing desks and dorm beds. Costumer Mary Traylor stows a few clever pieces inside to allow Jerusha to transition between seasons and styles.

Nicole Jaja’s lights add movement and momentum with conspicuous tonal shifts, though her look for “My Manhattan” reads dark and moody rather than lively and metropolitan. And Jeff Eubank’s sound is clean and balanced.

So should I go?

If you like happy endings and don’t mind your ingenues calling their love interests “daddy” for a couple hours, you should go. This is a polished production of an imperfect musical.

Even if the conceit bugs you, you’ll probably have an OK time. From the candy-sweet tunes to the intimate setting, Daddy Long Legs seems engineered for emotional catharsis. Loud feminist klaxons were going off in my head throughout the show, and I still nearly teared up multiple times.