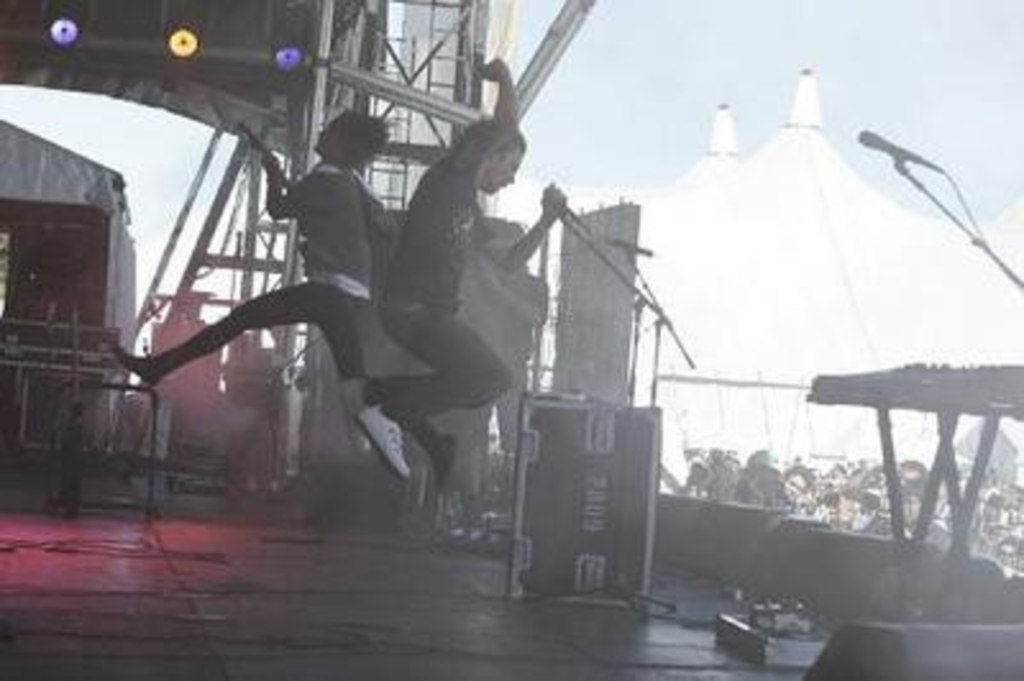 Good. Fucking. NEWS. CUT COPY is coming to the Record Bar in our very own Kansas City on September 15. And they’re bringing the Presets!

The Australian electropop/dance/rock group’s latest, In Ghost Colours, has been tearing up my discman since its release earlier this year, and I haven’t even been listening to much dance music lately, especially not of the New Wave referencing variety, but CC’s melodies are so stupendous they make New Order look downright ramshackle. Well, no one can do that, but they are bloody good. Colours is one of those albums that presents itself not only as immediately lisenable and infectious but proves later to have more to it than you realized at first. For example, I got so caught up on songs like “Lights and Music,” “Hearts on Fire,” and “So Haunted” that I somehow failed to notice “Far Away” (hear all these tracks on their MySpace) until Robert Moore played it on a recent Sonic Spectrum podcast.

I caught Cut Copy at this past SXSW. That wasn’t so good, mainly because of the venue — which makes it absolutely thrilling that we’re going to get to see them at the Record Bar, where Cut Copy’s albums have been a house-iPod staple since opening day. As long as you’re not a douchebag, you will get laid after this show. And if you go, and it’s looking like you may not get lucky, come find me and we’ll at least make out. The occasion demands it!