Cursive gets heavy on I Am Gemini 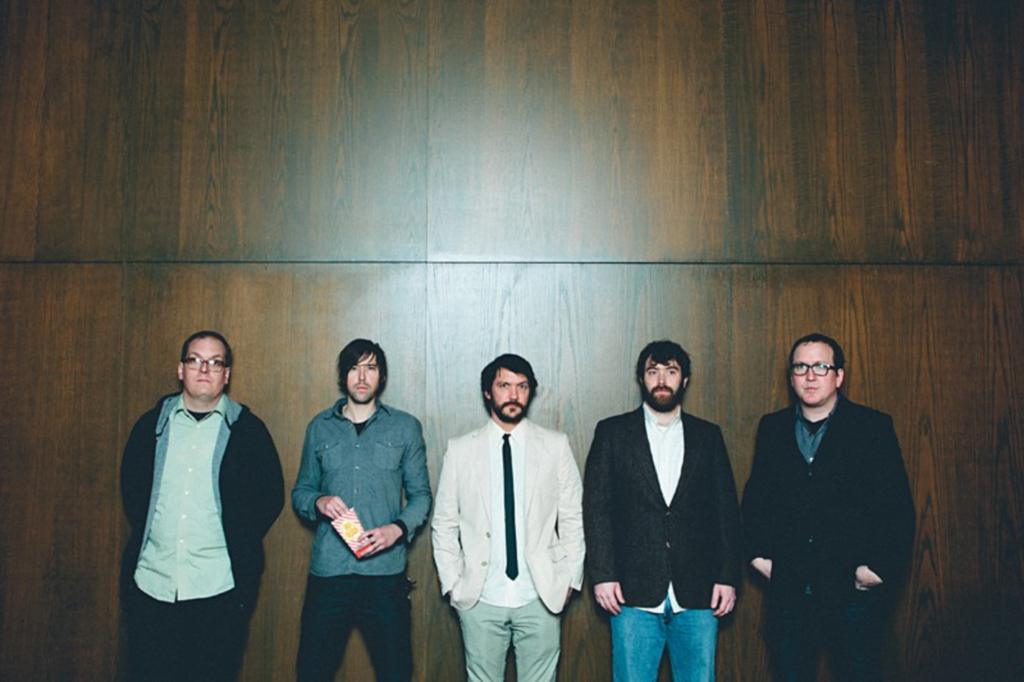 Despite his brutally honest and intensely personal lyrics, Cursive’s Tim Kasher remains a rather enigmatic, private person. But he’s adjusting well to what you might call rock-star status, emerging from his self-imposed cocoon to become comfortable in the role of frontman.

“Over the years, I’ve grown from not really caring about doing live performance all that much to liking it,” Kasher says. “I kind of prefer writing, but I’ve been doing this for so long now that I’ve really grown to like performing as well. It’s great going out and having a night of celebrating this stuff. It means a lot more to the people at the show than it does to me. I guess that’s rubbed off on me as well, though.”

Since forming Cursive in 1995, Kasher, bassist Matt Maginn and guitarist Ted Stevens have played an important role in placing Omaha and Saddle Creek Records on the musical map. I Am Gemini, out last month, is the band’s seventh studio album. True to form, it’s another concept album. But it’s more like a cousin of 2000’s breakout album, Domestica, than a follow-up to 2009’s Mama, I’m Swollen. And its title suggests a dichotomous theme. While it’s a story about two fictional people (estranged twins Cassius and Pollock), it also comes from the depths of Kasher’s conscience.

“It’s pretty personal for me,” Kasher says. “Throughout the album, I kept reminding myself to write about it from some kind of familiar place. It sounds fictionalized but it really isn’t. I kind of enjoy that. It’s one of the perks of fiction. It definitely becomes its own story. At its root, it’s a personal thing, but I hope a lot of people can relate to the duality of it — like the voices in my head.”

As a story, I Am Gemini is complete from start to finish. Kasher has always had a way of telling compelling tales, whether he’s purging his inner demons or, in this case, creating an opus revolving around two characters. The songwriting process this time around was a bit different, lending to its unified feel.

“I collected quite a few songs before we kind of started out recording,” Kasher says. “I wrote the story before I wrote the lyrics, and I sorted out all the song titles on the album before I started the lyrics as well, so that I could write it linearly. I wanted to make sure the story was as cohesive as possible. Most of our records are ideas or themes that get consorted and placed throughout the album. This one was much more of a specific trajectory of a story.”

Whether critics appreciate the album, loyal Cursive fans should enjoy the raw nature of it. The addition of drummer Cully Symington and keyboardist Patrick Newbery to the longtime trio adds a fullness to Cursive’s sonically inventive sound; I Am Gemini is the heaviest album they’ve put out in years. “The fact that it’s more of a rock album is a decision we made as a group,” Kasher says. “I wanted it to be more dynamic.”

Kasher is intent on continuing to make records, whether with Cursive or his other band, The Good Life, or as a solo artist. He hopes Saddle Creek will be able to keep up with changes in a crumbling music industry.

“I think they have the marketing power,” Kasher says. “They’re still a prominent indie label. I think they are losing steam as much as the rest of the record industry is. There are only a few labels, like maybe Merge Records, that are still striking gold. That’s tough to do, and I empathize with them. I think it’s tough for labels and musicians to weather the storm. I think you have to figure out how to stay in the game. With each record, we just hope it will do all right and that we can do another one.”